Who can topple Yoweri Museveni in Uganda? 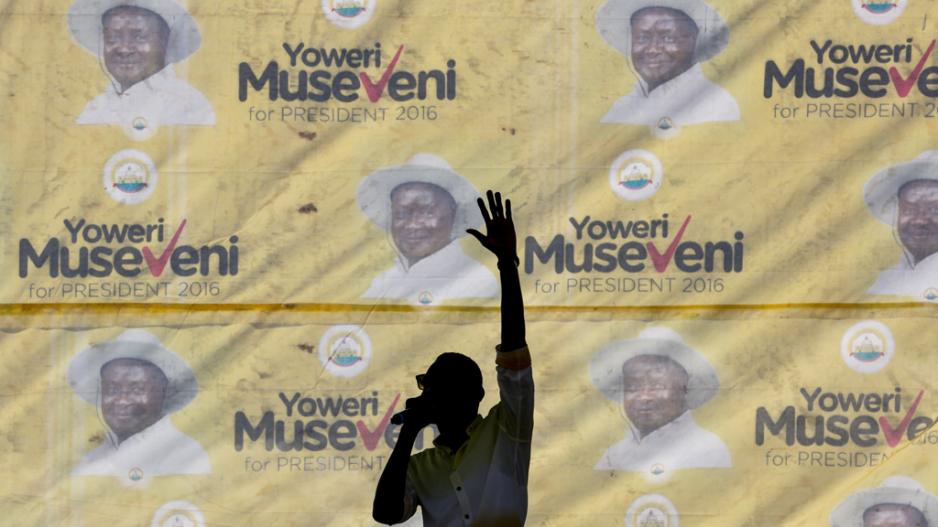 A singer performs on the stage to entertain supporters who are awaiting for the arrival of the Uganda's incumbent President Yoweri Museveni (not pictured) during his last campaign rally in Kampala, Uganda, 16 February 2016.

Kizza Besigye, the leader of the main opposition Forum for Democratic Change (FDC) and the main opposition candidate, speaks during a press conference held at his home in Kasangati, on the outskirts of Kampala, Uganda, 16 February 2016. Credit: EPA / DAI KUROKAWA

Museveni and Kizza Besigye, 59, were once close. They fought together in the bush war to overthrow Milton Obote, during which Besigye served as Museveni&39;s trusted personal physician.

Later, Besigye married Museveni&39;s former girlfriend, but the two men eventually became political foes when Besigye broke ranks with the National Resistance Movement (NRM) to make a bid for the presidency in 2001.

This year is his fourth attempt to unseat Museveni with his Forum for Democratic Change (FDC) party, his best performance so far being the 37 percent he won in 2006.

Spurious accusations of treason and rape, frequent arrests and detentions, regular tear-gassings -- both of him and his supporters -- beatings and harassment have not put Besigye off.

But opinion polls have him lagging behind Museveni with at most 32 percent of the vote, insufficient to force a run-off.

Amama Mbabazi, the former Uganda prime minister and presidential candidate for, The Democratic Alliance (TDA) celebrates his 67th birthday with his supporters during a campaign stop over at Lambu fishing village in Masaka district 26 January, 2016. Credit: REUTERS/James Akena

Another ex-NRM stalwart, Amama Mbabazi, 67, only abandoned the party he helped build after being denied anointment as Museveni&39;s successor.

The former prime minister and NRM secretary-general took the slight badly after years of loyal service, including helping to mastermind the removal of term limits in 2005 that paved the way for Museveni&39;s continuing rule.

Mbabazi is the most powerful party loyalist to turn on Museveni and he did so amid grand corruption allegations, which he has denied. Despite his high profile among Uganda&39;s political elites, his campaign at the head of the Go Forward party has failed to gain momentum countrywide.

Like his fellow leading contenders -- Museveni and Besigye -- Mbabazi hails from south-west Uganda.

The 48-year-old Bwanika, of the People&39;s Development Party (PDP) has made two unsuccessful runs for the presidency, garnering just over half a percentage point in 2011. The Christian vet is little more than a political sideshow, despite his propensity for populist rhetoric.

Baryamureeba is a 47-year-old computer scientist, teacher and independent candidate.

Maureen Kyalya, 41, is the only female candidate and is making her first step on the national stage in 2016 as an independent, having worked in local politics in the east of the country.

Joseph Mabirizi, 40, is the youngest candidate and has campaigned as an independent on an anti-corruption platform.