WHO waiting for DRC approval to send unlicensed Ebola medication 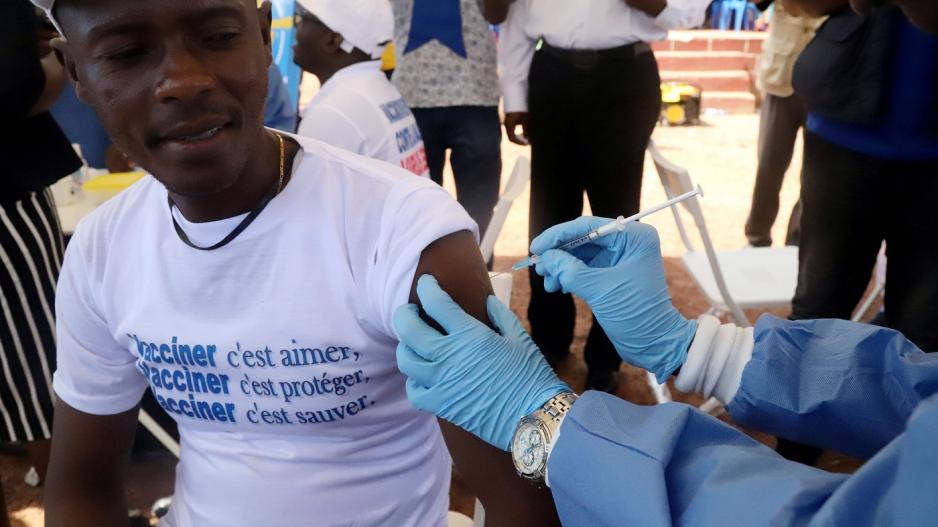 FILE PHOTO: A World Health Organization (WHO) worker administers a vaccination during the launch of a campaign aimed at beating an outbreak of Ebola in the port city of Mbandaka, Democratic Republic of Congo May 21, 2018.

JOHANNESBURG – The World Health Organisation (WHO) said it is awaiting formal approval from the Democratic Republic of Congo (DRC) to send in unlicensed Ebola medication to help rein in an outbreak of the deadly virus.

WHO’s request comes as the DRC authorities rush to contain the outbreak that has killed 25 and infected 54 other people in recent weeks.

The Ebola vaccine is an additional tool that gives us new hope to stop the outbreak more quickly.

The vaccination efforts will expand this week to more remote Ebola-affected areas in DRC.https://t.co/ewNB6j9AyG pic.twitter.com/jFN2UKbuf0

A “major innovation in this outbreak is the potential for use of therapeutic regimens,” Peter Salama, WHO’s head of emergency response, told reporters in Geneva on Tuesday.

He said the agency and the DRC health ministry were considering allowing the use of five as-yet unlicensed drugs, known by their laboratory names of ZMapp, Remdesivir (GS-5734), REGN3470-3471-3479, Favipiravir and mAb 114.

Salama said all of the drugs were as yet “unregistered.”

Because of this, they can only be used under the protocols used for research and clinical trials, which also requires ethical reviews and informed consent from each recipient, he said.

“But the government is very keen to begin using them and we expect to formally get approval and start within the coming days,” he added.

The two first drugs had already been tested in humans, while the remainder had been tested in animals, he said, adding that there was “some data on safety.”

Salama said the current outbreak presented an opportunity to test which of the drugs was most effective.

This way, there would be “more information in the future outbreaks on which drugs could be most effective.”