Why is Mugabe still in power? 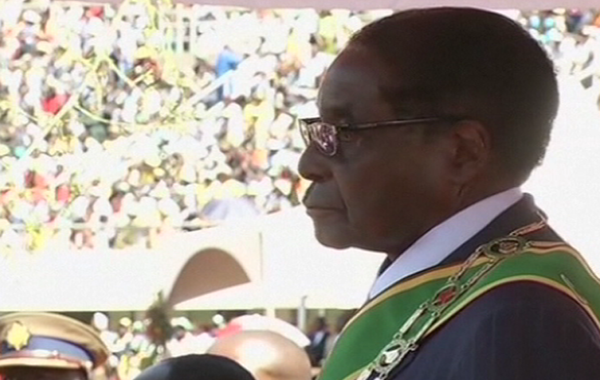 JOHANNESBURG - It certainly did not come as a surprise when Robert Mugabe won presidential elections.

But analysts and rights groups are now questioning why the president is so keen to stay in power.

At 89, President Robert Mugabe is staying put and the question is, why?

Others believe it&39;s crucial that Mugabe recovers from a massive loss of credibility.

Trevor Maisiri, International Crisis Group Senior Analyst said, "You will see a Mugabe make a concerted effort to try to recreate himself, to rebrand himself for domestic and international acceptance."

Then there&39;s factionalism within his ruling ZANU-PF party too.

On one side are the generals who fill the top posts of the Joint Operations Command.

On the other hand, Mugabe’s close friend and vice-president Joyce Mujuru.

Mujuru has grass-roots support, but the generals fought in the liberation struggle and had a role many a rebellion.

“They were implicated in these killings. Mugabe ordered them to do it. They&39;ve sought to protect themselves by using Mugabe. If he remains president, they won&39;t be accountabl,”. Said Kasambala.

Gwinyayi Dzinesa, ISS Senior Researcher said, “Global report says monies got into pockets of Zanu-PF as well as political elite with close connections to the party."

It&39;s rumoured that Mugabe is a puppet in the hands of the generals, but Dzinesa doesn&39;t have too much faith in that.

"There has been speculation that post 2008 inauguration of president Mugabe who had the JOC, comprising Zimbabwe’s security cluster rumoured to be pulling the strings. I don’t have substantive evidence of that. I also won’t buy into that wholly."

Still, Mugabe is mostly seen as the glue that holds Zanu-PF together.

So it seems as if the question is not whether Mugabe wants to or has to stay in power, but how he will choose his successor.