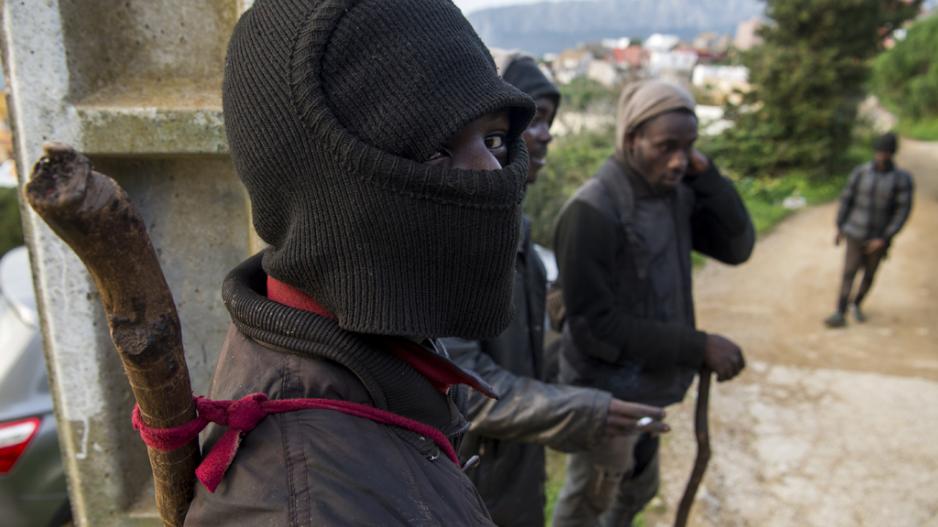 Migrants stand near the forest of the Moroccan city of Fnidek on 18 February 2017 after forcing their way through a fence between Morocco and the tiny Spanish enclave of Ceuta.

RABAT - A woman died Monday in a stampede at a border crossing between Morocco and Spain&39;s North African territory of Ceuta, the second such death in weeks, media and activists said.

Thousands of people, mainly women, work as porters transporting goods across the border, sometimes making several return trips a day and carrying up to 70 kilogrammes on their backs.

"This morning there was a crush on the Moroccan side," Mohamed Benaissa of the Northern Observatory for Human Rights told AFP on Monday.

"A 50-year-old woman died and four others were injured," he said.

Moroccan news agency MAP reported that the victim had "fainted as a result of a crush at an entrance gate to the border post".

She was taken to hospital in the nearby Moroccan town of Fnideq where she died, it said, adding that the authorities had begun an enquiry into the incident.

In late March, another woman died after being trampled in similar circumstances.

Human rights groups have described the situation of the women porters as "humiliating and degrading".

They also announced tighter controls on the size and weight of the luggage porters would be allowed to carry, and said they would no longer let more than 4,000 porters cross the border per day.

The border post has since seen regular stampedes, requiring repeated intervention by the police.

It was closed again for a week before reopening in mid-March.

A coastal city fenced off from northern Morocco, Ceuta has one of Europe&39;s only two land borders with Africa, along with another Spanish territory, Melilla, to the east.