Women the source of all evil: Rwandan preacher 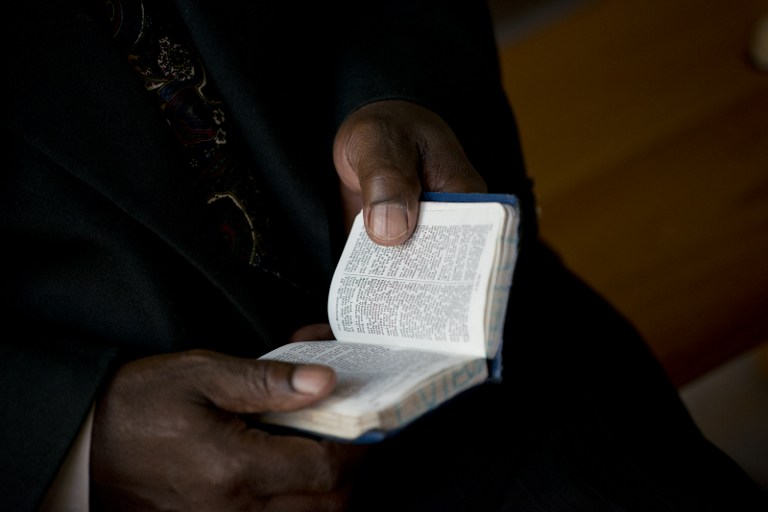 A man reads a Bible during a mass commemorating late South African President Nelson Mandela on December 8, 2013 in Soweto.

JOHANNESBURG – The Rwanda Media Commission (RMC) is to next week investigate a preacher after he called women “the source of all evil” in a radio sermon, the BBC reported on Friday.

Seventh Day Adventist preacher Nicolas Niyibikora told listeners "women are out of God&39;s favour" during the broadcast on Amazing Grace radio in January, warning "there is nothing good you can find in women."

"If you&39;ve read the Bible, who brought sin into the world," he asked listeners, adding: "It was not a man."

Rwanda’s The New Times reported his comments provoked a storm of anger with Pro-Femme Twese Hamwe holding a press conference, warning such utterances could "bring hatred and conflict among Rwandans, if nothing is urgently done about it.”

Rwanda Media Commission meets next week—following a complaint by Pro-Femmes Twese Hamwe, an umbrella organisation of women associations—to deliberate on the matter of a local preacher who allegedly insulted women in his sermon. https://t.co/lsEToOD4kG @RMC_Rwanda MeToo

RMC executive secretary Emmanuel Mugisha said the radio station is going to have to explain itself.

Niyibikora was expelled from the Seventh Day Adventists in Rwanda five years ago and the church has subsequently made efforts to distance itself from the controversial preacher.