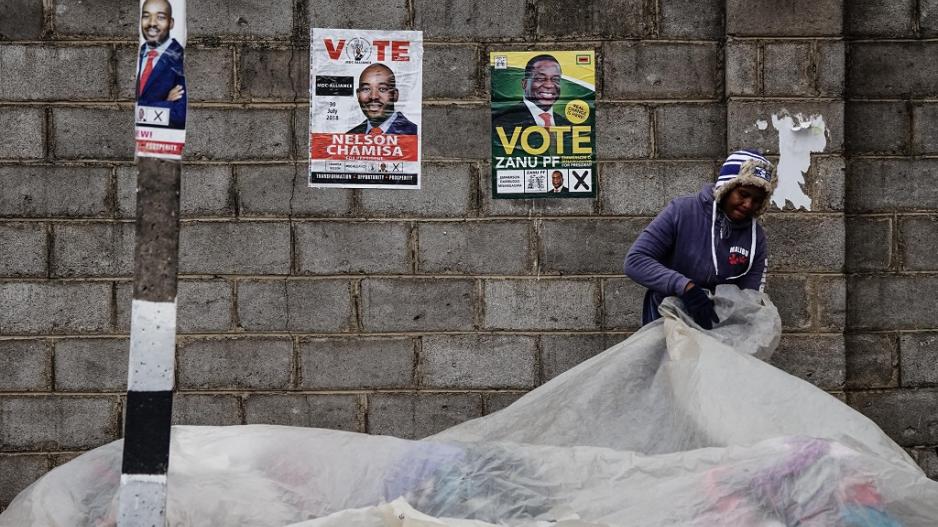 A vendor covers her wares before leaving her stall to attend a Movement for Democratic Change Alliance addressed by opposition leader Nelson Chamisa on July 7, 2018 in the mining town of Zvishavane, Midlands province Zimbabwe.

HARARE - It’s game on between incumbent Emmerson Mnangagwa, who is Zanu PF’s preferred candidate and turns 76 in September, and youthful Nelson Chamisa of the opposition MDC Alliance, who turned 40 in February.

Although there are 23 candidates vying for president it is a foregone conclusion that the real contest is between Mnangagwa and Chamisa.

As many as 5.5 million Zimbabweans have registered to vote in the first elections in four decades in which Robert Mugabe&39;s face is not on the ballot.

Deposed in November last year, the nonagenarian&39;s nemesis has taken the risk of trying to win elections in a depressed economy with a very high jobless rate.

On Saturday, Mnangagwa and Chamisa held final push rallies just 5 km apart from each other in the capital city, Harare.

The Zanu PF leader held his rally at the giant 64,000-seater National Sports Stadium, while Chamisa had his at the Freedom Square, a huge open space behind the Rainbow Towers Hotel.

The stadium was filled to capacity, but Chamisa drew an even bigger crowd at the edge of the city - it was a swathe of red as far as the eye could see. MDC Alliance supporters favour the red colour.

Speaking at his 83rd rally Saturday, Chamisa told his supporters that if Zimbabweans missed this opportunity on Monday, they would be doomed for life.

“On Monday, the people are voting for change, for the new, for the young and for genuine change,” Chamisa said to applause.

“Three-quarters of the people in the rural areas have now seen light. They want change.

In the past, Mugabe relied on unsophisticated rural citizens to beef up support for his Zanu PF.

This time around with Mnangagwa at the helm, Zanu PF is in uncharterred waters.

“We’ve won already. A new Zimbabwe is coming on Monday.”

Chamisa said there were insiders in the elections management body, the Zimbabwe Electoral Commission (Zec), that were informing the MDC Alliance of possible schemes that could be employed by Zanu PF to rig the elections.

“There are those that are professional within Zec that want to see things being done right,” Chamisa said. “So we are always in the loop of what’s happening.”

At the giant arena - opposite the liberation war heroes shrine - those who entered the stadium were given green t-shirts and umbrellas bearing the face of Mnangagwa.

They were only allowed to leave after Mnangagwa finished his speech.

Chamisa said when people walk out of Mnangagwa&39;s rallies it was a “symbolic gesture by the people of Zimbabwe” that they are no longer interested in rhetoric.

Zanu PF has been in power since 1980 - 38 of those years were under Mugabe, who ruled Zimbabwe with an iron fist.

Across town, Mnangagwa told his supporters that since he took over he had attracted investment worth billions of US dollars, created thousands of jobs, opened mines that had closed down and held several groundbreaking ceremonies of planned projects.

He, however, also threatened to deport international election observers, accusing them of meddling in electoral processes.

“To the observers, do what you are here for. Do not interfere,” warned Mnangagwa as he concluded his address.

“The airport is open, they will go back where they came from.”

READ: More staff at Beitbridge ahead of Zim elections

The electoral body said it had received reports that some observers are confronting Zec officials seeking information on electoral material and specifically the ballot papers.

“The Zimbabwe Electoral Commission is in receipt of reports that some observers are accosting its staff with regards to the distribution of electoral material including the ballot paper,” the election management body said in a statement then.

For their part, civil society is questioning the integrity of the final voters’ roll.

“Biometric systems have been introduced to provide a unique identification for each voter. The automatic fingerprint identification system was explicitly procured to identify and eliminate the possibility of duplicate entries. For this to work, every entry on the register must be checked against every other voter entry." 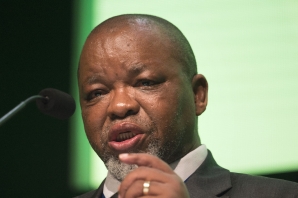