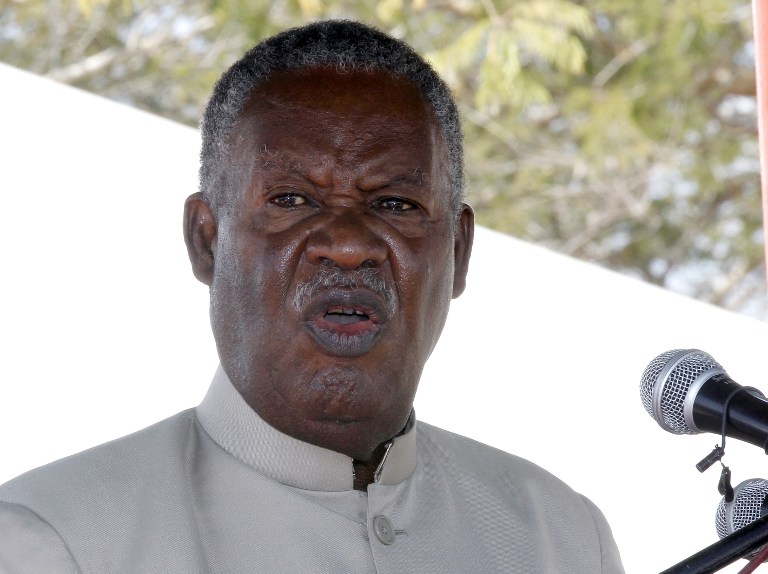 Zambia President Michael Sata delivers a speech during the commissioning of the construction. Sata's police officially been arrested and charged for the offence of seditious intentions two journalist from news site Zambian Watchdog.

LUSAKA - Zambian authorities have arrested 45 people on suspicion of being part of a separatist movement, the defence minister said Sunday.

They were apprehended over three days last week after trying to hoist their own flag in the poor west of the country, which has long been rocked by political tumult.

"So far 45 Barotseland activists have been arrested and are currently in police cells, although they have not been formally charged," Geoffrey Mwamba said.

The suspects, whose leader is on the run, are expected to appear in court on Monday.

President Michael Sata ordered the military last year to deal with the movement to create a new state called Barotseland in western Zambia.

He said a group made up mostly of people from the Lozi minority had recruited around 630 fighters into its ranks after declaring plans to create a state.

Barotseland was originally a protectorate of Britain, but entered into a deal at the end of colonial rule in 1964 to become a province of Zambia.

Under the agreement signed with independent Zambia&39;s first president, Kenneth Kaunda, the region was supposed to have limited self-rule, but the Lozi say that agreement was never respected.

In January 2012 police broke up a secessionist meeting with live fire, igniting riots that left two people dead in the town of Mongu.

That incident rekindled the secessionist fire, which had been dampened since the 1990s.