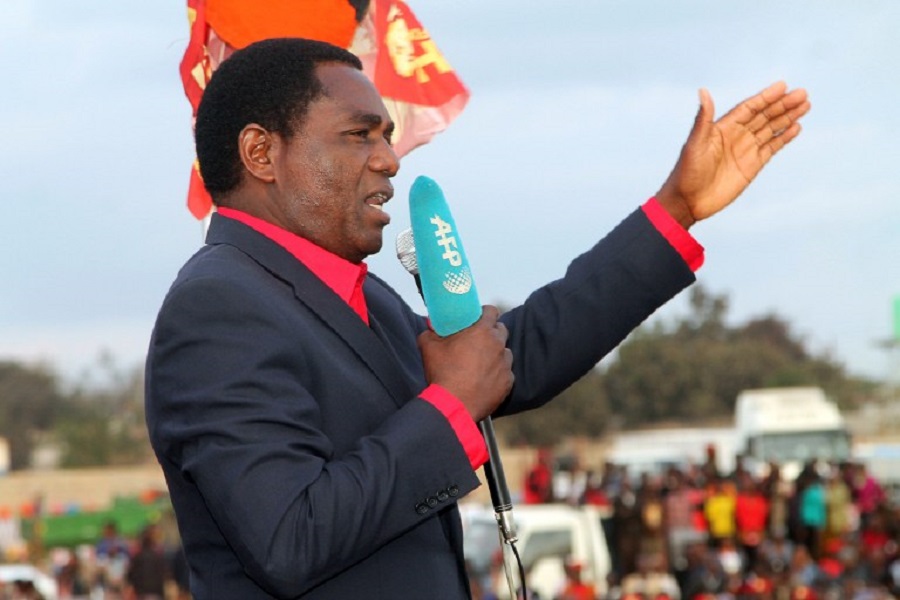 LUSAKA - Lawyers for the Zambian opposition leader arrested last week after allegedly refusing to give way to President Edgar Lungu&39;s convoy have asked a court to throw out an associated treason charge.

Hakainde Hichilema has been jailed since the police raided his home outside Lusaka on April 11 on charges of breaking the highway code and using insulting language.

But the businessman-turned-politician is also accused of treason.

According to court documents, Hichilema "on unknown dates but between 10 October 2016 and 8 April 2017 and whilst acting together with other persons unknown did endeavour to overthrow by unlawful means the government of Edgar Lungu."

EFF will write an official letter to th Pres of Zambia to request he avoids political arrests & all forms of intolerance. (15) ZambiaArrest

His defence team denounced the lack of details in the charges, and called on the magistrate court to verify they had been properly drafted.

One lawyer, Vincent Malambo, also urged the court "to determine whether the charge is not a mere fact or ploy of keeping the accused in custody."

State prosecutors admitted that the charge was not properly presented and asked the court for permission to amend it.

Another defence lawyer, Keith Mweemba, protested the wording of the charges, saying: "There is no government of Edgar Lungu, but government of the Republic of Zambia."

"You cannot say government of an individual person."

Magistrate Greenwell Malumani did not say when he would hand down his ruling.

Hichilema and five of his aides first appeared in court Tuesday since their arrests last week.

His United Party for National Development (UPND) party has called the raid "barbaric" and has accused the police of harassment.

Hichilema has launched several unsuccessful legal bids to challenge Lungu&39;s victory in last August&39;s election, and has said he does not recognise Lungu&39;s presidency.

He claims the vote was rigged and accuses Lungu of unleashing an unprecedented wave of political repression in the southern African country, which is known for its relative stability in the region.