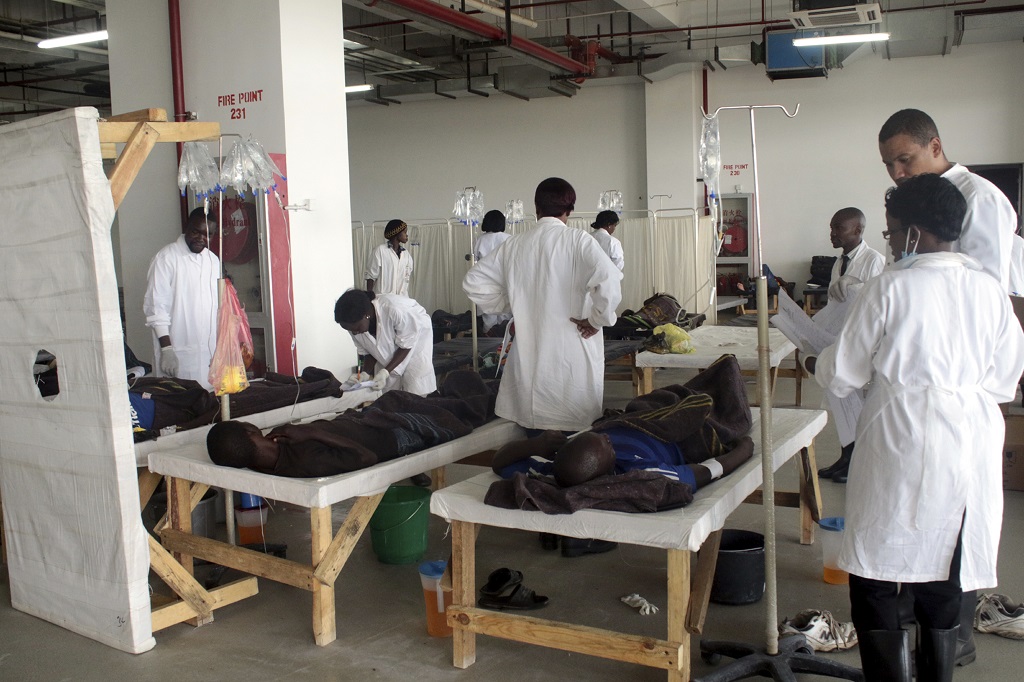 JOHANNESBURG - Zambia&39;s government has shut down churches, bars, markets and schools in many Lusaka townships until the cholera outbreak which hit the country in October last year has been brought under control.

Zambia has also embarked on a massive cholera control programme which has seen the military being deployed across most of Lusaka as more than 70 people have lost their lives and about 3,000 infected since the outbreak began.

READ: Fourteen people have died of cholera in Nigeria

Zambia&39;s Health Minister Chitalu Chilufya said in terms of vaccination, the country has so far recorded 107.

“The restrictive conditions on gatherings, faith based organisations, education and at all public places will continue. In term of vaccination we have  so far recorded 107, that means we have a little over what we targeted," he said.

The Minister of Religious Affairs Godfridah Sumaili pleaded with churches in the hardest-hit suburbs to not break the law and open their doors to congregants.

READ: Half a million Kenyans to be tested for cholera

“The message is very clear today that churches in Kanyama should not meet this Sunday. Churches in other areas most affected by the cholera should remain closed until we meet on Tuesday to review the situation," she said.

Zambia has also turned one of Lusaka&39;s stadiums into a cholera treatment centre.

Not everyone is happy with how the country is dealing with the situation as street vendors accused the government of destroying their livelihoods by closing down their markets.