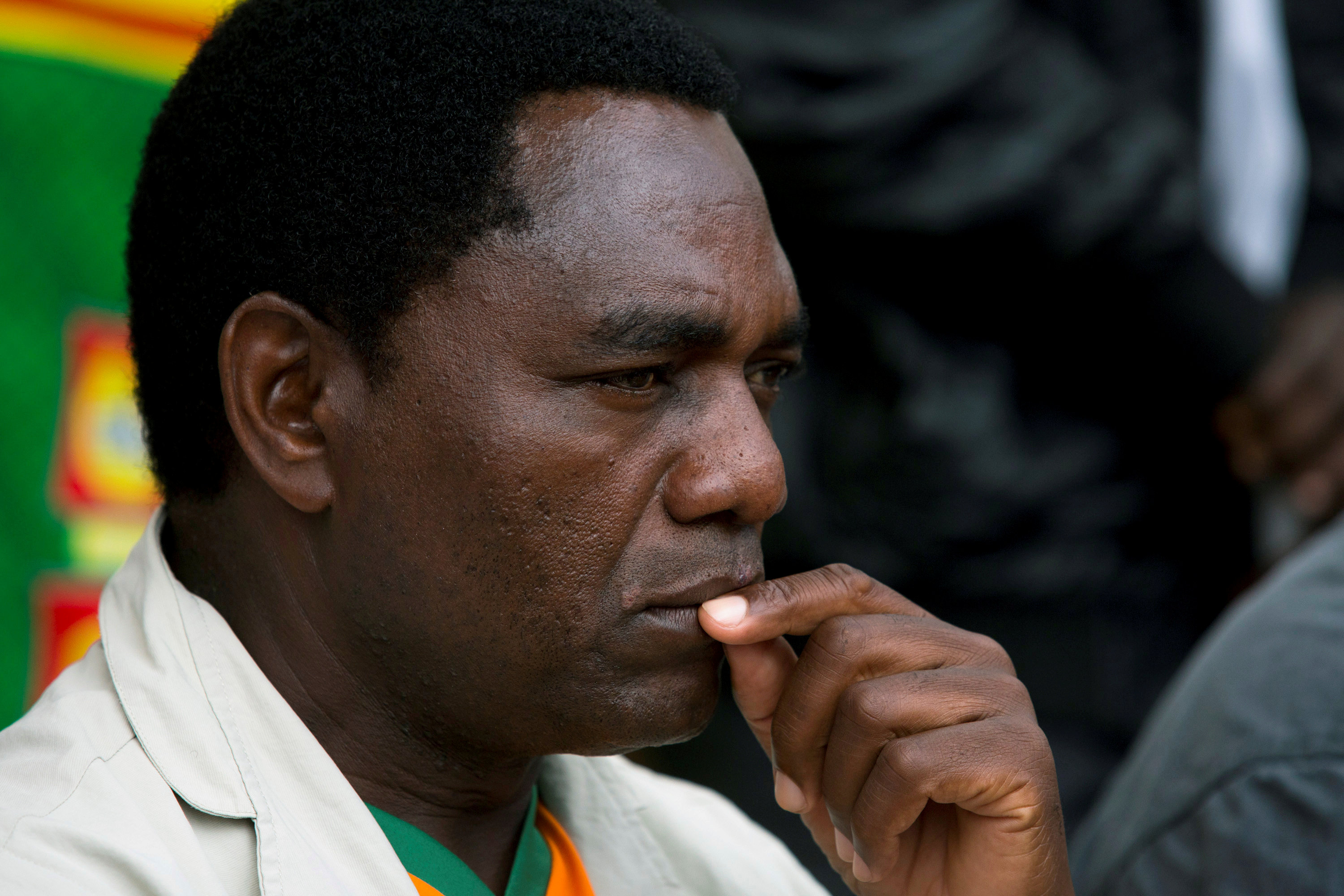 LUSAKA – A Zambian court on Wednesday refused a request to drop treason charges against main opposition leader Hakainde Hichilema after he allegedly blocked the president's motorcade earlier this month.

Hichilema, 54, was arrested two weeks ago for allegedly obstructing President Edgar Lungu's official limousine as both men travelled to a traditional event in Zambia's Western province.

He is accused of endangering Lungu's life when Hichilema's own convoy allegedly refused to give way to the presidential motorcade in the high-speed incident on a main road on April 8.

Hichilema's lawyers had asked the court to throw out the treason charges, saying they were baseless.

But magistrate Greenwell Malumani said he did not have the power to dismiss the charges, which can only be handled by the High Court.

"The law does not place power in the subordinate court to quash the indictment. The motion to quash the treason charge is untenable," he told a packed court in Lusaka.

Hichilema also pleaded not guilty to one charge of disobeying an order to give way to the presidential motorcade and another of using insulting language.

The magistrate remanded him in custody as suspects charged with treason are not eligible for bail in Zambia.

Hichilema, a wealthy self-made businessman, has been in custody since police raided his Lusaka home on April 11.

His trial on the two lesser charges is scheduled to begin on May 10.

Hichilema made a fifth bid for the Zambian presidency last year and has sought to challenge the legality of the most recent election which he narrowly lost to Lungu.

That campaign was marked by clashes between supporters of Lungu's Patriotic Front (PF) party and Hichilema's United Party for National Development (UPND).