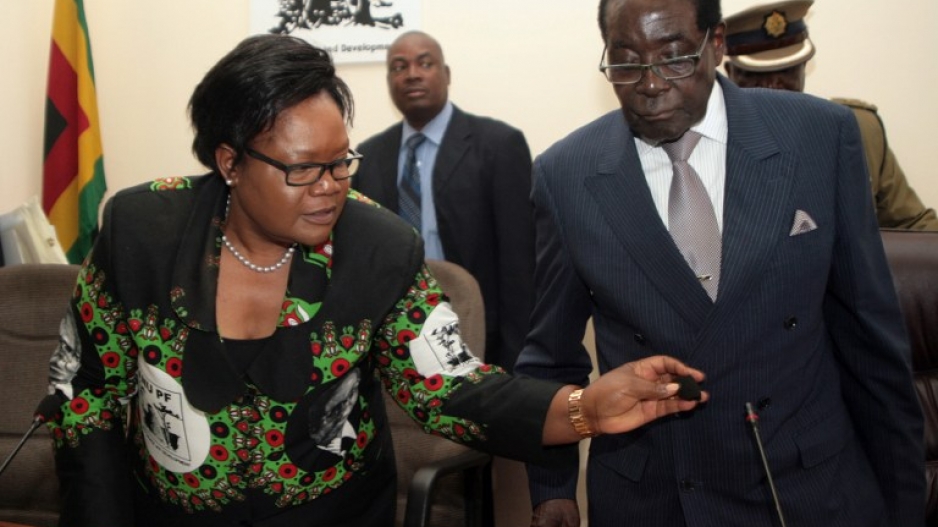 Zimbabwe's President Robert Mugabe (R) and Vice-President Joice Mujuru (L) are seen at a meeting of the ruling ZANU-PF party headquarters on October 24, 2014 in Harare, Zimbabwe.

Once seen as a favourite to step into President Robert Mugabe&39;s shoes, Mujuru has come under regular attack since last year - notably from first lady Grace Mugabe who accused her of corruption and plotting to overthrow her husband.

"Seven members have been expelled and 13 have been suspended. The decision was made last night following a meeting of the politburo," Zanu-PF party spokesman Simon Khaya Moyo told AFP.

"Those suspended will not hold any party position for a period of two or five years beginning from January 2015," Khaya Moyo said.

The latest expulsions came after Didymus Mutasa, one-time speaker of parliament and close ally of Mugabe, met a similar fate in February.

Mutasa was accused along with Mujuru of plotting to oust Mugabe, 91.

Mugabe, who came to power in 1980, replaced Mujuru as vice-president with Emmerson Mnangagwa, a hardliner in the regime.

Mujuru has denied all the charges against her and vowed to fight her expulsion from Zanu-PF.