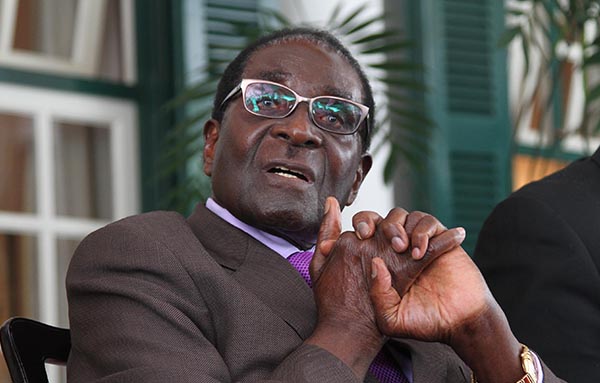 Zimbabwean President Robert Mugabe is set to attend the inauguration ceremony in Pretoria on Saturday.

HARARE – The Harare Municipal Workers’ Union on Monday called on the Ministry of Local Government and National Housing to take control of the country’s capital city and appoint a mayor and town clerk despite the country’s Constitution stating that these have to be elected.

HMWU leader, Cosmas Bungu, said at a commemorations celebration, organised by government to mark International Workers’ Day in Harare, that the capital city was the hub of all economic activity in the country and should be controlled by the ruling Zanu PF.

“Cde Minister, you should appoint a substantive Mayor and Town Clerk for Harare because this is your city, the capital where everything happens,” Bungu said.

Bungu said if he had his way, he would ask God to take away the Mayor, Bernard Manyenyeni, and his whole council, accusing them of deliberately avoiding paying their salaries for more than six months in order to taint Zanu PF’s image.

“I wish God would just say I am taking you, and I am taling this one. The problem with our situation is that we others who are putting in place policies to remove those in power and they are deliberately not paying our salaries. I am glad that you told him to go because he is rubbish, his policies are destroying council,” he said.

Bungu said Manyenyeni had taken council workers back to colonialism where they worked without being paid.

Manyenyeni was last month suspended from both his post as Mayor and councillor of Harare by Kasukuwere and has since challenged the decision in the High Court where judgment was reserved.

There are unconfirmed reports that Zanu PF has already forwarded names of people they want to be in a commission that Kasukuwere intends to put in place to run the affairs of Harare as he is expected to dissolve the whole council.

The commemorations were organised by the government, which last did that way back in 1991 and were snubbed by the country’s biggest labour centre, The Zimbabwe Congress of Trade Unions.

In her address, Minister of Labour and Social Welfare, Priscah Mupfumira, said the Public Service Act was being reviewed to align it with the Constitution and international best practices, adding the process was at an advanced stage.

She said this and the resuscitation of the Tripartite Negotiating Forum were clear signs of government’s commitment to engagement.

“I am certain that the reform process is nearing completion as the Labour Advisory Council has almost completed its task after the TNF set a deadline of 30 April 2016 to have the process finalised,” she said.

She added the operationalisation of the Zimbabwe National Productivity Institute (ZNPI) had begun, with an interim board already established.

Mupfumira said government was committed to establishing a pension fund for civil servants and also address concerns of Occupational Health and Safety, housing and other conditions of service raised by the workers.

Mupfumira assured government workers that the rationalisation programme being implemented by government would not lead to any job losses in the civil service.

“Measures have already been undertaken to implement findings of the Civil Service Audit. It is envisaged that the strategies and mechanisms that are being implemented will result in substantial savings thereby releasing pressure on the strained fiscus,” she said.

Vice President Emmerson Mnangagwa, who was guest of honour, said government was concerned that thousands of workers were going for months on end without salaries and gave an assurance that government would look into the current cash shortages in the country.

He said the government was working to domesticate several ILO conventions and align the country’s labour laws with the constitution.