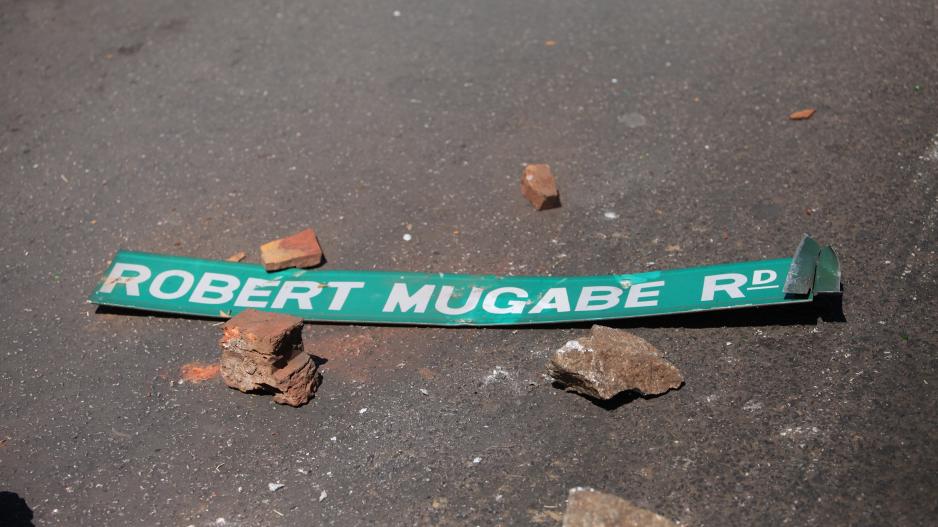 A street sign with President Robert Mugabe name on it is seen on the ground as Zimbabwe opposition supporters clash with Police during a protest march for electoral reforms on August 26, 2016 in Harare.

"We are going ahead with the demonstrations," said Movement for Democratic Change (MDC) spokesman Douglas Mwonzora, speaking on behalf of opposition parties under the coalition of the National Electoral Reform Agenda.

"This is the demonstration that we are doing on the 17th. We are going ahead with or without their blessing or permission. We have the law in our favour and we are not going to negotiate the law with Mr Mugabe."

Jacob Ngarivhuma, leader of fringe political outfit Transform Zimbabwe, said: "This Saturday we are organising 210 demonstrations throughout the country to force the Zimbabwe Electoral Commission to accept reforms.

"We are going to continue fighting. This is the language they understand."

The planned protests follow a two-week police ban on street protests in the capital which was over turned by the high court last week.

Opposition to Mugabe&39;s rule has grown in recent months with a surge of public demonstrations triggered by an economic crisis that has left banks short of cash and the government struggling to pay its workers.

Two weeks ago police made a series of arrests, including activists and bystanders, following violent demonstrations in the capital.

Mugabe, who has long been accused by opponents of silencing his critics and smothering democracy, warned at the weekend the protestors were "playing a dangerous game".

"Let the opposition parties and all those angling for chaos, mayhem and violent demonstrations be warned that our patience has run out," Mugabe said in an address to his party&39;s central committee.

"We also understand that they are planning to terrorise the rural areas in the mistaken belief that they can intimidate and harass our supporters. Let them be warned. They cannot win that war."