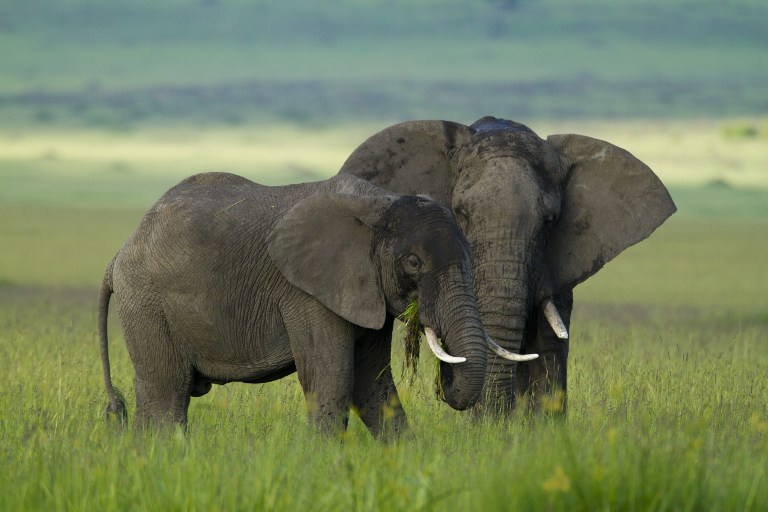 JOHANNESBURG - Scores of young elephants from Zimbabwe landed in Shanghai, China, on Tuesday, according to the flight plan of the cargo airplane involved.

It is understood that Zimbabwe’s national parks authority was ashamed or embarrassed about exporting wildlife to China, which is why it claimed to be capturing scores of young jumbos during 2016 to restock parks and conservancies inside the country.

But the reality is apparently very different: the authority has allegedly been grabbing the young animals to export to China, not least because Zimbabwe is bankrupt.

The Russian cargo plane Airbridge Cargo747 left Victoria Falls airport earlier this week bound for Shanghai via Moscow with about 35 elephants, aged between 5 and 12 years old, on board.

Another shipment of live wildlife cargo, this time hyenas and lions, is due to leave Victoria Falls for China before the weekend.

Elephant experts say young elephants still need a ‘mother’, or matriarch, among them, or they go berserk. But the Chinese owners are said to be intending to keep them in zoo-like conditions.

Among those the Parks and Wildlife Management Authority spoke to in November about the capture of the elephants was a group of European Union wildlife experts who were on a fact-finding mission to see if a way could be found to help preserve Zimbabwe’s wildlife more efficiently.

“We know that young elephants, no matter where they are captured, behave badly when they are taken from their families,” said a wildlife expert in Zimbabwe, who asked not to be named.

One visitor to the Hwange National Park who saw the EU delegation there said the young elephants were in good condition and were getting used to crates that had been built for their travel.

The cargo plane was delayed because scales to weigh the elephant cargo were not working well. Victoria Falls was recently upgraded to accommodate the world’s largest aircraft.

Ray Makwere, a senior manager in Parks who is licensed to dart animals for capture, traveled with the youngsters to China.

“Parks should just tell the truth about exporting wildlife. It is not illegal locally or internationally,” said a wildlife enthusiast in Zimbabwe. “Of course no one likes it, but we should deal with it in public.”

Several wildlife Facebook sites have condemned the “cruel” export of the young elephants.

Last month the Zimbabwe National Society for the Prevention of Cruelty to Animals stopped the export of 11 hyenas because the containers for the animals were not up to standard. Insiders say the hyenas were all released by Parks but most were recaptured and will now leave Zimbabwe along with an unspecified number of lions before the weekend.