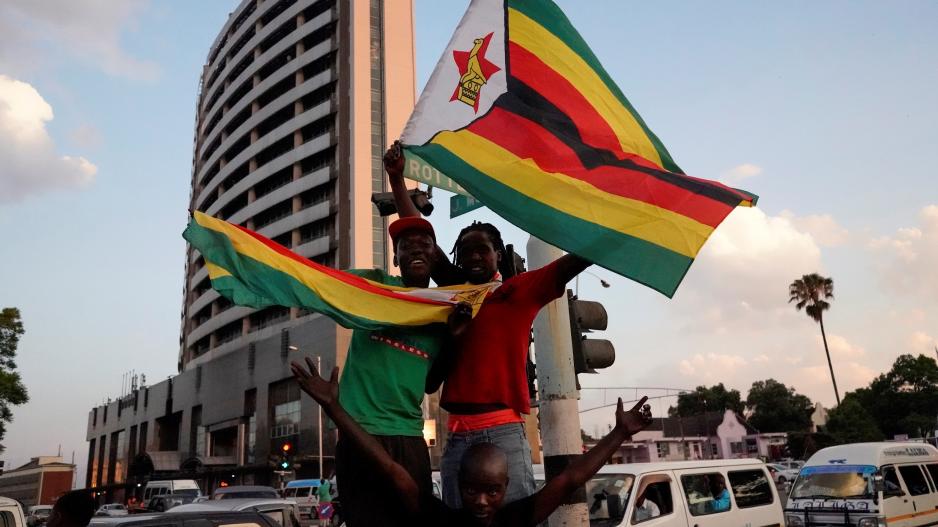 Zimbabweans celebrate after the resignation of President Robert Mugabe.

HARARE - Zimbabwe&39;s foreign minister will attend the Commonwealth summit this week in London, an official in Harare said on Monday, underlining the country&39;s international re-engagement since president Robert Mugabe&39;s fall.

Mugabe angrily pulled Zimbabwe out of the Commonwealth bloc in 2003 after its membership was suspended over violent and graft-ridden elections the previous year.

Zimbabwe had fractured relations with the West and became increasingly isolated under Mugabe, who held power since independence from Britain in 1980 until his shock ousting last year.

Foreign affairs secretary Joey Bimha told AFP that Zimbabwe would be represented by Foreign Minister Sibusiso Moyo on the sidelines of the two-day heads of state meeting in London starting on Thursday.

"The minister has been invited by his counterpart in Britain but he will not take part in the deliberations," Bimha told AFP.

"The president has said he will do everything necessary to re-engage with everyone," he said.

Zimbabwe left the Commonwealth -- a bloc of former British colonies -- at the height of land seizures.

It has not yet made a formal move to re-join, but Mnangagwa has signalled his wish for the country to return.

"We do have a formal process for people to start if they want to come back," Commonwealth Secretary-General Patricia Scotland told AFP in London.

"What we have had is an approach from Zimbabwe indicating they have an interest."

Scotland declined to confirm that Moyo would attend the summit meeting or give further details.

While in power, Mugabe regularly said "to hell with the Commonwealth" and launched bitter verbal assaults against Britain, Zimbabwe&39;s former colonial ruler.

Mnangagwa, who was Mugabe&39;s former deputy and a hardline loyalist in the ruling ZANU-PF party, came to power in November after a brief military intervention.

The Gambia re-joined the Commonwealth in 2018, the fourth country to do so after South Africa, Pakistan and Fiji.