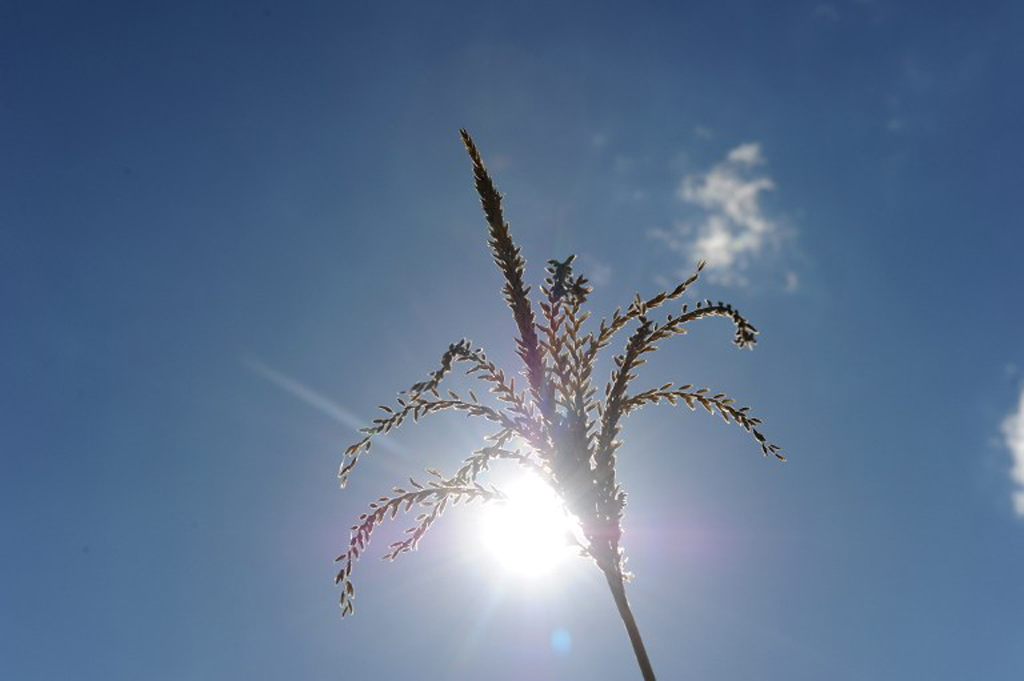 MUTARE - Elliot Nzarayebani, a farmer in Zimunya, a small community near Mutare city, expects to have to rely on food handouts due to the drought ravaging his maize.

"Crops are wilting right in front of our eyes. The situation is desperate," said the 45-year-old father of four.

The maize planted in November in this part of eastern Zimbabwe is wilting fast, while some crops planted in late December never even germinated.

"We are not expecting much help from our government because it&39;s broke," said Nzarayebani. "We hope NGOs will chip in with food aid for us to survive through the year."

There is fear and anxiety among Zimbabwe&39;s farmers as the country faces yet another damaging drought.

This time around, experts attribute it to the El Nio weather phenomenon that has delayed the onset of the rains in several southern African countries.

Zimbabwe is still smarting from a drought that hit farmers in the 2014/15 season, wiping out half the country&39;s maize crop, the main staple food.

Zimbabwean Vimbiso Chidamba inspects some of the few remaining maize cobs in the family&39;s granary as she gathers cobs in a sack for milling at her village in Musana Bindura on 2 September, 2015. AFP PHOTO/JEKESAI NJIKIZANA

This year the drought is predicted to be worse, and farmers&39; organisations are reporting that maize crops in some parts of the country are already a write-off.

Even though El Nio has been in the news in recent months, many people in remote rural areas are unaware of it and have been caught off-guard.

Droughts have become recurrent in Zimbabwe since a devastating dry spell in 1991/92 that killed over 1 million cattle, according to the country&39;s agriculture ministry.

A drought in 1997/98 also hit livestock and crops badly, leading to food shortages that triggered riots.

This year the hardest-hit provinces include Manicaland, Masvingo, Matabeleland South, Midlands and Mashonaland West. In some areas, temperatures soared as high as 43 degrees Celsius between September and January.

In Mutasa district, Manicaland province, most of the early planted maize crop was wilting in January.

"We are no longer expecting any harvest," said one farmer from the district, Claris Mutasa.

In parts of Manicaland, some families have already resorted to eating baobab fruits.

"We go for up to four days without a proper meal," said Joseph Mtisi from Gudyanga in Chimanimani district. "People here are surviving on porridge made from baobab fruits, but the fruits are running out too."

Mtisi is one of many trying to earn a living by selling baobab fruit and mats made from baobab bark to motorists along the Mutare-Masvingo highway in Manicaland.

The agricultural expert and economist said 2.7 million tonnes of maize will be required for national consumption from January 2016 to June 2017.

That translates into an expected supply shortfall of over 2 million tonnes, or 120,000 tonnes a month, he added.

The total cost of imports through to June 2017 is estimated at around $870 million.

"It will put a severe burden on our foreign exchange earnings," Cross said.

Incomes in Zimbabwe are low and declining, and ordinary people will find it difficult to pay for maize meal at prices 70 percent higher than last year, he added.

However, Zimbabwe&39;s Agriculture Minister Joseph Made was quoted in local media as saying the government would allocate $260 million to import between 500,000 and 700,000 tonnes of maize.

"It is the government&39;s responsibility to be the main supplier of food," Made was quoted as saying in the state-owned newspaper, The Herald.

The Zimbabwe Vulnerability Assessment Committee expects that 1.49 million people will be food insecure from January through March, up from 0.56 million last year, according to a U.N. update.

Zimbabwe imported maize from Malawi, Zambia and South Africa in 2015, but with these countries also experiencing drought, the government is now planning to import the staple from Brazil.

Walter Chidhakwa, Zimbabwe&39;s minister for mining, told a meeting of the ruling party Zanu PF in January that the government would identify a basket of minerals - likely to include diamonds and gold - over the next six months that could be sold to establish a chest of funds to import food.

But not everyone agrees that the government will be able to come to the rescue of small-scale farmers like Nzarayebani.

"Support from donors is going to be critical," said legislator Cross. "The government cannot play a significant role as it does not have resources."