Zimbabwe opposition up in arms over 'US dollar' plan 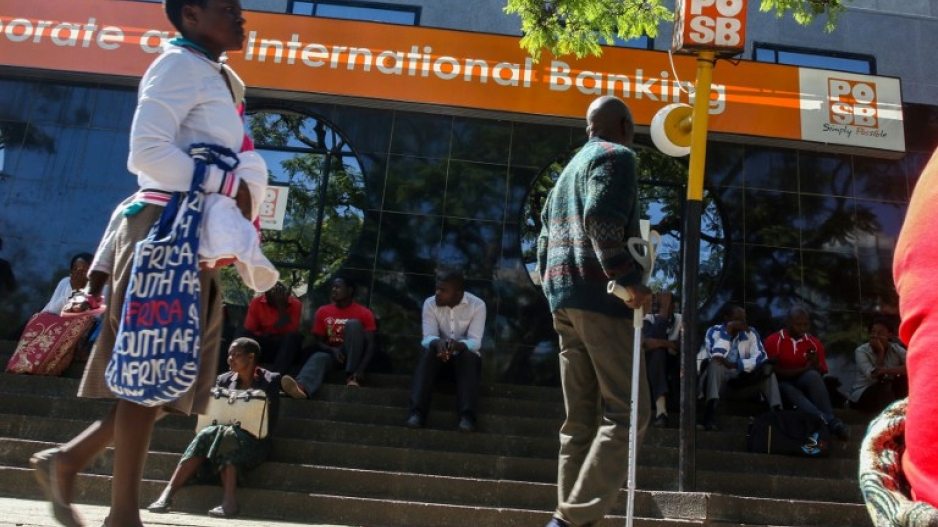 Zimbabweans queue to withdraw cash outside a bank on May 5, 2016 in Harare, Zimbabwe after the government slapped new limits on cash withdrawals and announced that "bond notes" at par with the US dollar would be introduced.

HARARE - Zimbabwe&39;s opposition condemned the government&39;s plan to print a local version of the US dollar as "madness" on Monday, as panic set in over a crippling cash shortage.

“The printing of bond notes will be the death knell to this economy,” the main opposition party, the Movement for Democratic Change (MDC), said in a statement.

“Zimbabweans have walked this road before. They have not forgotten the dark days when they were poor quintillionnaires."

Zimbabwe adopted the US and South African currencies in 2009 after hyperinflation peaked at 231 million percent, rendering the national currency worthless.

A recent shortage of foreign notes prompted central bank governor John Mangudya to unveil measures including limiting withdrawals to $1,000 per day and printing a series of tokens, called bond notes, rated at par with the US dollar.

“The MDC is preparing a robust response to this madness and the party reserves its right to mobilise the people against this ill-advised decision which is certainly not backed by economic logic,” the party said.

Bond notes will complement bond coins, which were introduced in 2014 to tackle a lack of small change.

They will be backed by a $200-million support facility provided by the Afrexibank (Africa Export-Import Bank).

Economists blame the cash shortage on lack of investment and a trade deficit which saw the country’s import bill standing at $490 million in the first quarter against $167 million in exports.