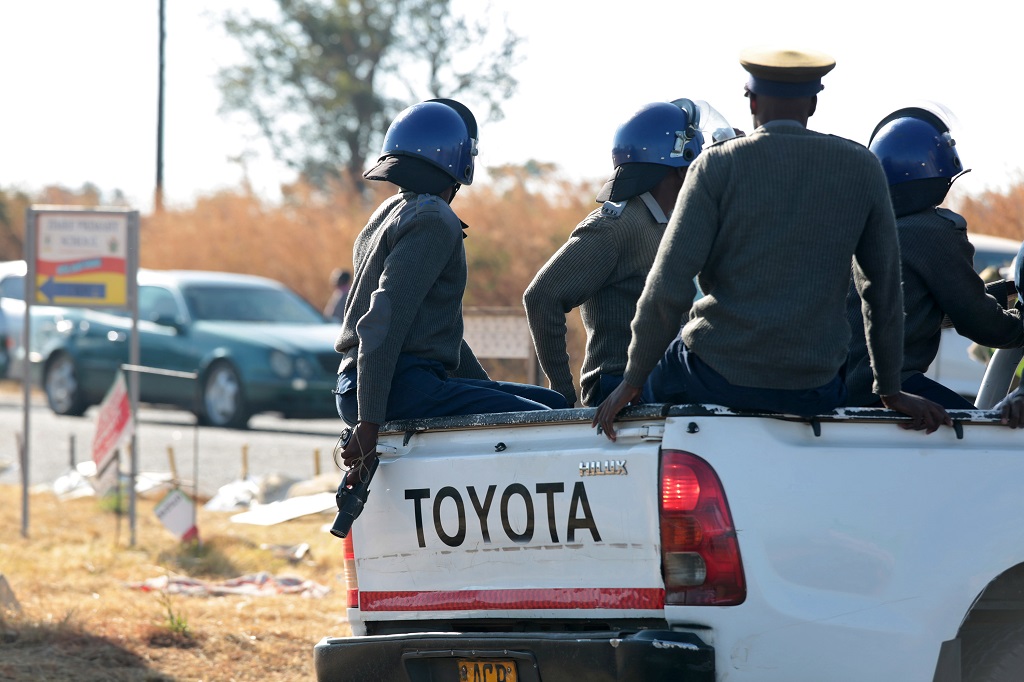 Police arrive at a protest on Mutare road outside Harare, Zimbabwe, 04 July 2016.

HARARE ? The Zimbabwe police headquarters has transferred all Beitbridge district police officers over suspicions they were engaged in corrupt activities.

In a shock move, police officers from the highest rank to the lowest were transferred from the border town to other parts of the country. The transfers were effected by a police radio communique.

The communique, gleaned by African News Agency (ANA), showed that more than 750 police officers were transferred from Beitbridge to other areas, while a corresponding number replaced them.

“No one knew when the transfers would come. It came as a shock today (Wednesday)," a police source privy to goings-on told ANA. "What triggered the transfers were the corruption allegations levelled against most of the Beitbridge District police officers."

“The transfers were done by police human resources at the headquarters.

“The issue of police failing to act during the protests at the border town is secondary. Usually, the top guys are the ones who have to answer for that when such situations happen.”

The source said cross-border traders were circumventing legal channels and would bribe police officers at the border post to avoid declaring their imported goods.

“Use my response in The Herald and NewsDay,” she said in a text message.

In the two publications, she had said: “Ordinarily, police should be at a station for three years and not more. It’s common practice that they are transferred laterally. The government decided to transfer most civil servants at Beitbridge and police were the first to act”.

Beitbridge urban and rural units had the biggest casualties, with 196 and 131 officers being transferred respectively, while the border post had 76 of them moved to new stations.

All 66 officers in the border town&39;s police criminal investigation department were transferred, while the criminal intelligence unit had 27 moved.

Four seniors and their 16 immediate subordinates were also not spared.

Non-commissioned officers as well as chaplains were moved out of town. All the transferred cops are supposed to report at their new work stations by Tuesday, 23 August.

ANA understands the government will soon transfer all civil servants in the border town to other areas.

This is not the first time the police has transferred its officers.

Two years ago, all 33 officers at Avondale Police Station in the capital, Harare, had to be transferred after similar allegations were raised against them.