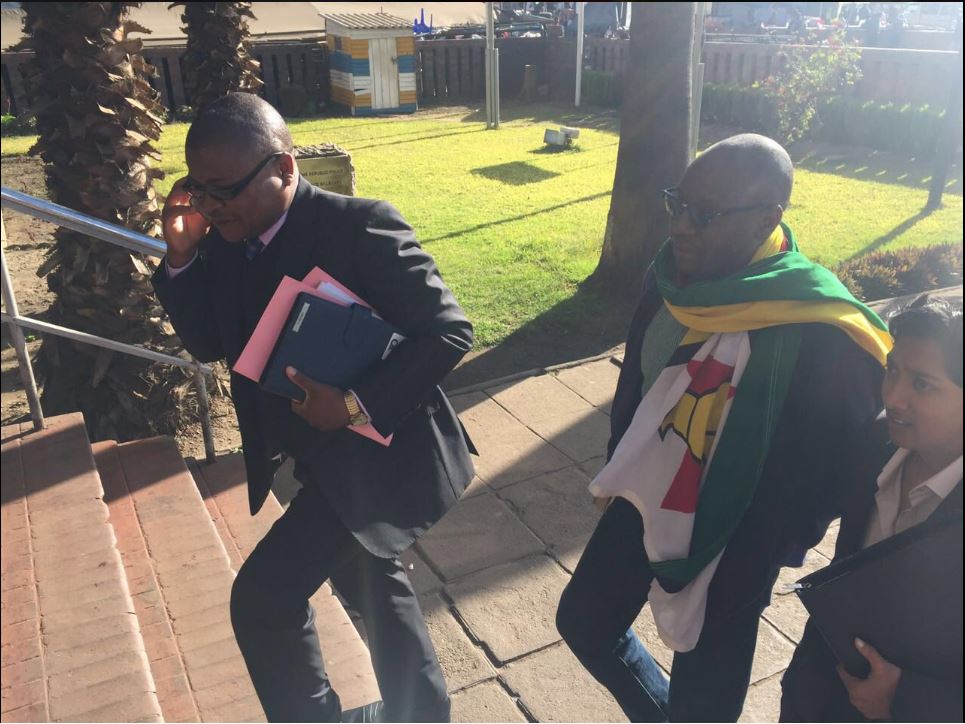 Pastor Evan Marawire is seen handing himself over to police in Zimbabwe on Tuesday 12 July 2016.

HARARE – Leader of the Zimbabwean protest movement ThisFlag Pastor Evan Mawarire has been arrested on charges of inciting public violence.

News Day Zimbabwe reported that the police are "making efforts to secure a warrant from a Magistrate to get access to Mawarire’s mobile phone."

The publication also states that "police have reportedly secured a warrant to search his house in Avondale."

On Tuesday morning he was ordered to meet with police in Zimbabwe after calling for a public stay away on 13 and 14 July in a bid to get President Robert Mugabe to put an end to corruption and police brutality.

In the video he says, “Zimbabweans, don’t ever hold back on rebuilding your country…. maybe we shall never see each other again.”

Supporters of the ShutdownZimbabwe2016 movement on Twitter said they would go ahead with the planned shutdown, in support of Mawarire’s public stand.