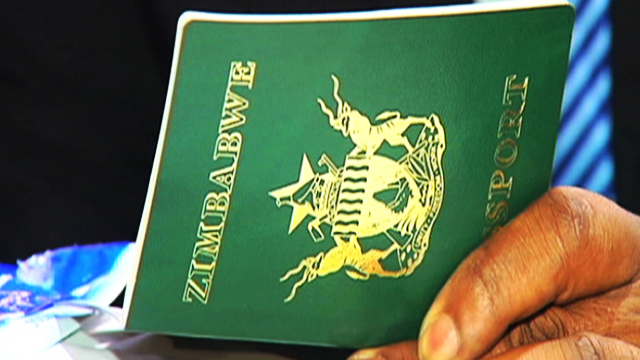 Matabeleland, 5 January 2014 - The Department of Home Affairs won't say whether it turned any Zimbabweans away at the Beitbridge Border Post this weekend saying they will only take stock of the situation on Monday.

PRETORIA – A Zimbabwean couple has approached the South African embassy in Harare, seeking a reversal of the one-year travel prohibition imposed on them by Home Affairs officials at the Beitbridge border post.

Anglistone Thembani Sibanda and his wife Sithobekile, both pastors, arrived in South Africa on July 12 for an international church conference hosted in Kempton Park, Gauteng.

The summit also drew guests from the United States and Liberia.

The couple was granted a stay of 15 days each, from the annual visa-free 90-day stay which applies to visiting Zimbabweans.

“On July 17, Sithobekile, who has a history of cardiac related ailments, collapsed. We rushed her to a general medical practitioner in Johannesburg who in turn referred her to Chris Hani Baragwanath Hospital. She was subsequently admitted until the 27th of July,” said Sibanda.

“They temporarily discharged her at around 4pm on the 27th of July, which was apparently our last day according to the days we had been given by home affairs border officials upon our entry into South Africa.”

The couple hurried for the border, more than 500 kilometres away, but only arrived at the exit port after midnight.

“That led to our ban from South Africa as we arrived two hours after June 27 ended,” he said.

“Efforts to explain our situation and to provide the attached medical evidence including hospital reports were fruitless. My wife and I were devastated by the attitude of the home affairs official who did not bother to listen to us but quickly banned us without considering the situation.”

Notices issued to the pair state that they have overstayed in South Africa by one day and the department of home affairs has therefore declared them “undesirable”.

Sibanda said informal offers were being made at the border by operators claiming that, for a fee of approximately R1,000, the couple’s “undesirability” could be reversed.

The situation is compounded by the fact that Sibanda’s wife is required to be in South Africa for scheduled medical examinations on August 3, and possibly a heart-related operation on September 9.

“This matter is life threatening and urgent. This might have been her chance to survive due to the worsening condition of her health. We appreciate the commitment by doctors at Bara and the broad South African government for affording us this opportunity,” said Anglistone.

On Wednesday, the frantic couple travelled from their base in Bulawayo to Harare hoping to get an audience with officials at the South African embassy. The couple argues that they had only spent 15 days of the 90-days they are entitled to under South African immigration laws.

“At the embassy we were only told to be patient, but this is an urgent matter we are dealing with. The officials at the embassy said we should launch our appeal online. We have travelled more than 400 kilometres to Harare,” said Anglistone.

“This travel is very straining on my wife, given her heart condition. We are now incurring costs, unnecessarily travelling up and down. We have now booked ourselves into a hotel.”

“If an immigration official gives you three days, when you have 90 days, you know your rights. Just ignore them. Simply ignore them,” Gigaba said.

“It is not the immigration officer that is going to declare you undesirable. It is the movement control system and that is controlled centrally. The guy standing in front of you, telling you an untruth, is in effect ineffective.”

Launching an anti-corruption blitz, Gigaba said there was “no human intervention” in barring people from entering South Africa.

“On the 91st day, the movement control system will record that you have exceeded your stay in South Africa. The declaration of your undesirability is generated centrally and there is no human intervention in the process. No person is going to say ‘but I had given you three days, why didn’t you leave?”

“The person who says you have three days to travel to Cape Town is telling you hogwash. Ignore them,” said Gigaba.

Immigrant organisation, the Zimbabwe Community in South Africa, has previously complained that despite South African law stipulating that Zimbabwean travellers had the annual visa-free 90 day-stay, officials often grant an unreasonable number of days for the travellers.

On Thursday, Nqabutho Mabhena, the head of the organisation, said it was unclear how the border officials were supposed to handle the 90-day visa free stay of visiting Zimbabweans.

“We respect the laws of South Africa, but what is not clear is how one spreads the 90 days to escape the ban. We note that the traveller (Sithobekile) had just been released from hospital and hoped that the official could have arrived at a different decision,” said Mabhena.

“We hope the home affairs ministry will lift the suspension in time to ensure that the couple returns to South Africa for a check-up.”