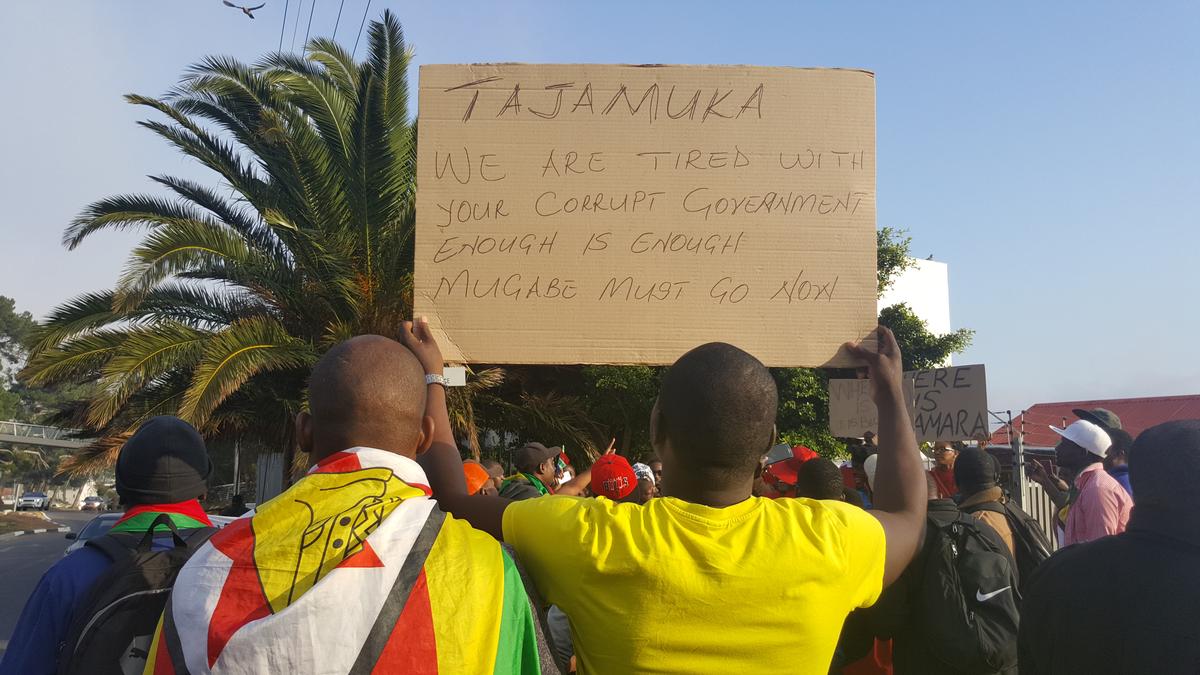 Tajamuka protesters and other Zimbabweans are calling for Mugabe and his administration to vacate office.

Mugabe called the abuse of social media a threat to the country’s security and said the new ministry was being set up to control this.

President Mugabe Spokesperson George Charamba says, “This is coming against the background of abuse that we saw not too far  back, where the social  media  causes some kind of  excitement in the country, not on the  basis  of  fact,  but  on the basis  of generation copy which is in fact calculated  to trigger  sense of panic  in the economy."

In September Zimbabwe was hit by critical shortages of basic commodities like fuel and cooking oil. This was the result of panic buying which the government blamed on rumours spread via social media.

The leader of Transform Zimbabwe Jacob Ngarivhume says, “They can’t turn Zimbabwe into a North Korea. For your information in North Korea they don’t have social media itself. They can’t pull back social media at this stage, so it’s completely unfortunate and uncalled for."

Last year popular movements like hashtag Tajamuka and hashtag ThisFlag were born through social media. They’ve mobilised Zimbabweans to protest against corruption in government. And to demand change.

There are concerns government has set up the ministry just ahead of next year&39;s elections.

Victor Matemadanda from the Zimbabwe War Veterans Association Secretary General says,“Government is trying to make sure that there is no freedom of communication or freedom of association.”

Meanwhile a government spokesperson has been quoted as saying, the new minister will learn from countries like China and Russia, which have done well to ensure some kind of order and lawfulness in this area.