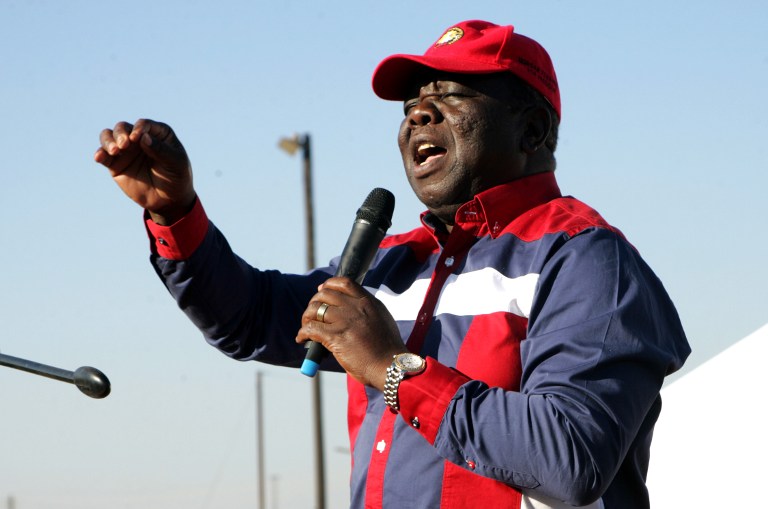 Zimbabwe's Prime minister and leader of the Movement for Democratic Change (MDC), Morgan Tsvangirai, addresses an election campaign rally in Chinhoyi on July 27, 2013.

Details surrounding his death were not known but Tsvangirai was suffering from colon cancer and had previously been treated at a Johannesburg hospital.

Tsvangirai had a tumultuous and era-defining career in Zimbabwean politics.

He went from being a supporter of President Robert Mugabe, o becoming his most high-profile opponent.

Tsvangirai was born in 1952 in the village of Buhera, about 200-kilometres south of the capital Harare.

As a young man, he worked in the mines, rising from plant operator to plant supervisor. He joined Robert Mugabe&39;s Zanu-PF party at the time of Zimbabwe&39;s independence in 1980.

He rose quickly through party ranks, making a name for himself as a trade union organiser. In 1989 he became secretary-general of the Zimbabwe Congress of Trade Unions.

Tsvangirai was a key figure in organising one of Zimbabwe&39;s historic strikes, opposing tax increase in the 1990s, when the economy declined, resulting in a plunge in workers&39; living standards.

This marked the beginning of his career as a major opposition player. With union backing, he established the Movement for Democratic Change in September 1999.

He was arrested in 2000 on charges of plotting to kill Mugabe. The case was later thrown out of court.

As a presidential candidate, Tsvangirai lost the 2002 election to Mugabe, amid widespread claims of vote manipulation.

In 2007, he made global headlines when he was again detained and badly beaten in police custody. In the 2008 elections, he again stood against Mugabe. His MDC beat Mugabe in the first round of voting.  But Tsvangirai refused to take part in further rounds, citing widespread intimidation.

In early 2009, Tsvangirai announced he would join a coalition government as prime minister with Mugabe.

He left the position in 2013 after elections that Mugabe won.

He was active in opposition politics until his death.