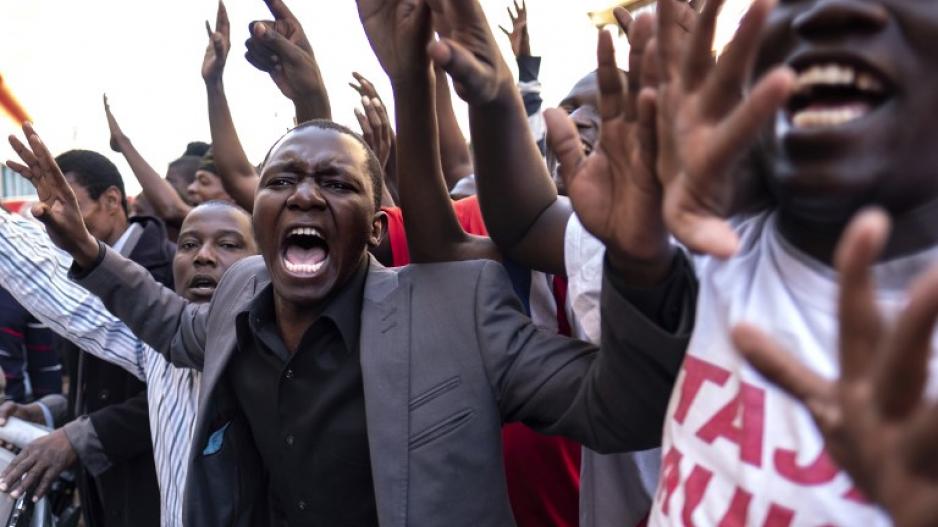 Supporters of Nelson Chamisa, the presidential candidate for the Zimbabwe opposition party MDC Alliance gather in support of their leader in Harare, on July 25, 2018.

JOHANNESBURG – Some Zimbabweans do not trust the integrity of the country&39;s Electoral Commission.

“It should be an independent body it should operate on its own, but from the look of things there is total interference from the ruling party which is very wrong in terms of the law and that is the reason why we are protesting,” said Zimbabwe citizen, Justin Maradza.

At the same time, the United Nations said it was concerned about increasing reports of voter intimidation.

UN Human Rights spokesperson, Elizabeth Throssell was speaking at a briefing in Geneva.

“We call on the authorities and political parties and their supporters, to ensure that the elections are not marred by such acts so that all Zimbabweans can participate free from fear in a credible election process.”

Opposition leader Nelson Chamisa said the presidential election was set to be fraudulent and accused electoral authorities of bias, but said his MDC party would not boycott the vote.

The country will elect a new president next week.