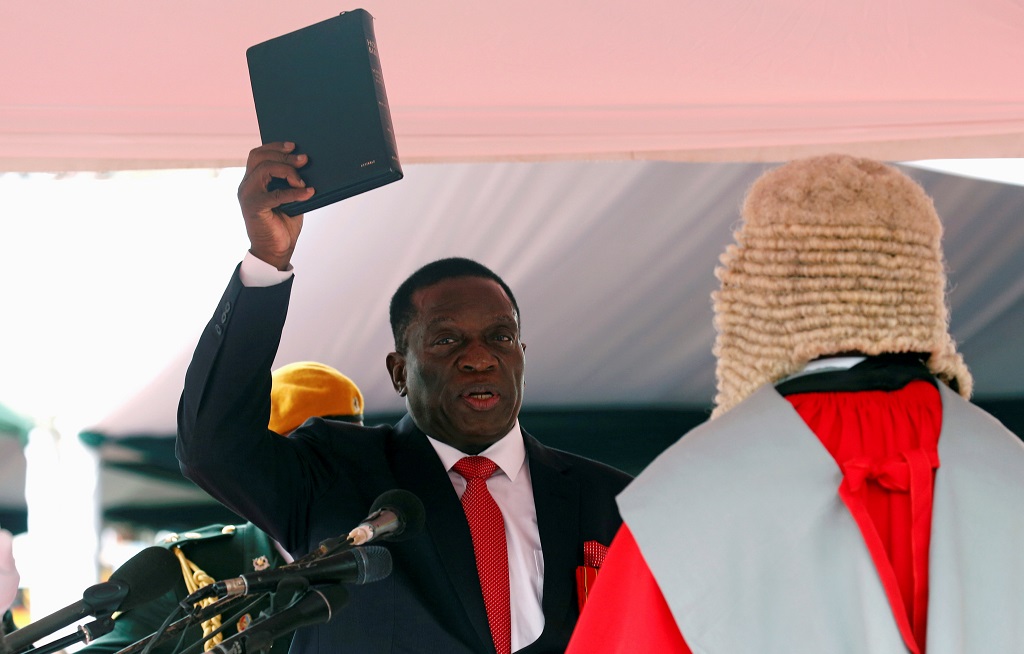 Emmerson Mnangagwa is sworn in as Zimbabwe's president in Harare, Zimbabwe, November 24, 2017.

JOHANNESBURG - A civic society group is targetting rural areas as part of voter education in Zimbabwe.

The Heal Zimbabwe Trust is holding roadshows encouraging people to shun violence during next year&39;s elections.

Many of them were rocked by violence in past elections, which resulted in people being injured and even killed.

The Heal Zimbabwe Trust is looking to change things around when the country votes next year.

It&39;s touring all of Zimbabwe&39;s rural districts, calling for peaceful elections and tolerance among the different political players.

Rashid Mahiya, Director of the Heal Zimbabwe Trust said: "Our message is to politicians.The politicians in Zimbabwe from all political parties that do not incite citizens against one another.Citizens want to live peaceful and harmoniously in their communities.They always live peaceful without politicians coming in.So our message is loud and clear to MDC, to Zanu PF, to APA, to all political parties, that citizens want to live in their country of birth."

Gokwe district is one of many in the country that&39;s always experienced election violence.

Its voters say they want things to play out differently next year.

Mnangagwa came into power in November via a military intervention which saw long-serving former President Robert Mugabe stepping down.