Zimbabweans wait to see when Mugabe will go 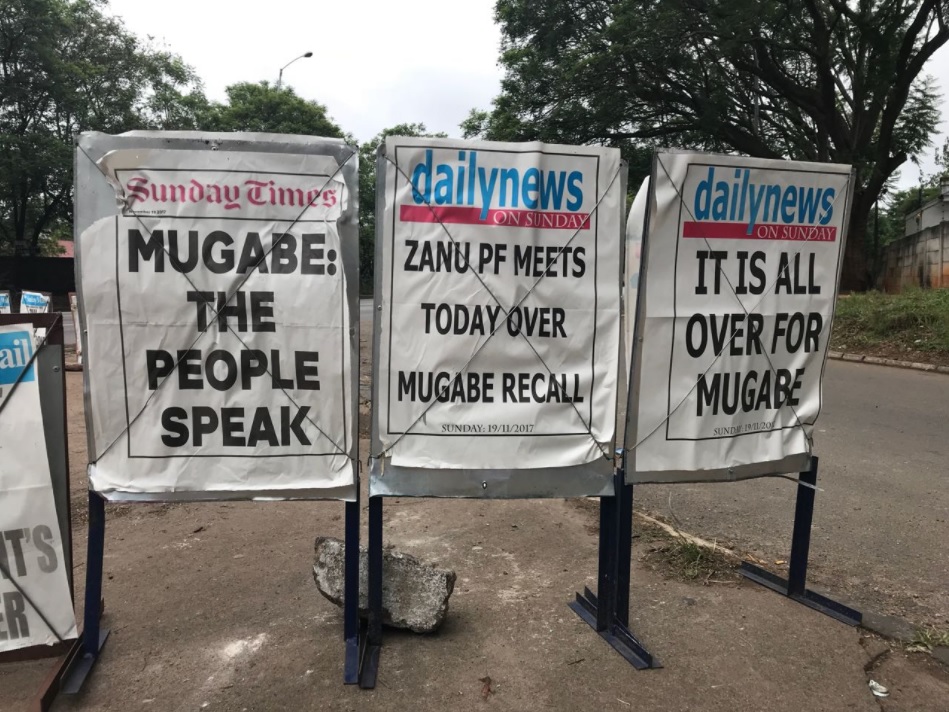 Zimbabwe media heralded the move by thousands of citizens to take to the streets in protest against president Robert Mugabe.

JOHANNESBURG - After a day of mass protests, Zimbabweans were waiting to see what happens at Zanu-PF&39;s headquarters on Sunday where it is expected President Robert Mugabe will be fired.

Zimbabwean army generals will pile further pressure on Mugabe to resign on Sunday after tens of thousands of overjoyed protesters celebrated the apparent end of his 30-year regime.

The meeting will also reinstate ousted vice-president Emmerson Mnangagwa and remove Mugabe&39;s wife, Grace, from the leadership of the Zanu-PF Women&39;s League.

Indications are Mugabe is not in a hurry to hand over power or leave office, citing the Constitutionalism argument.

The Constitution requires if the president can&39;t fulfil his term of office, the first vice president is the one who succeeds him.

Sources indicate part of the demand of the Zanu-PF structures is that all those who have been expelled irregularly by Mugabe, his wife Grace, and those aligned with them -- called the G40 faction -- should be re-instated.