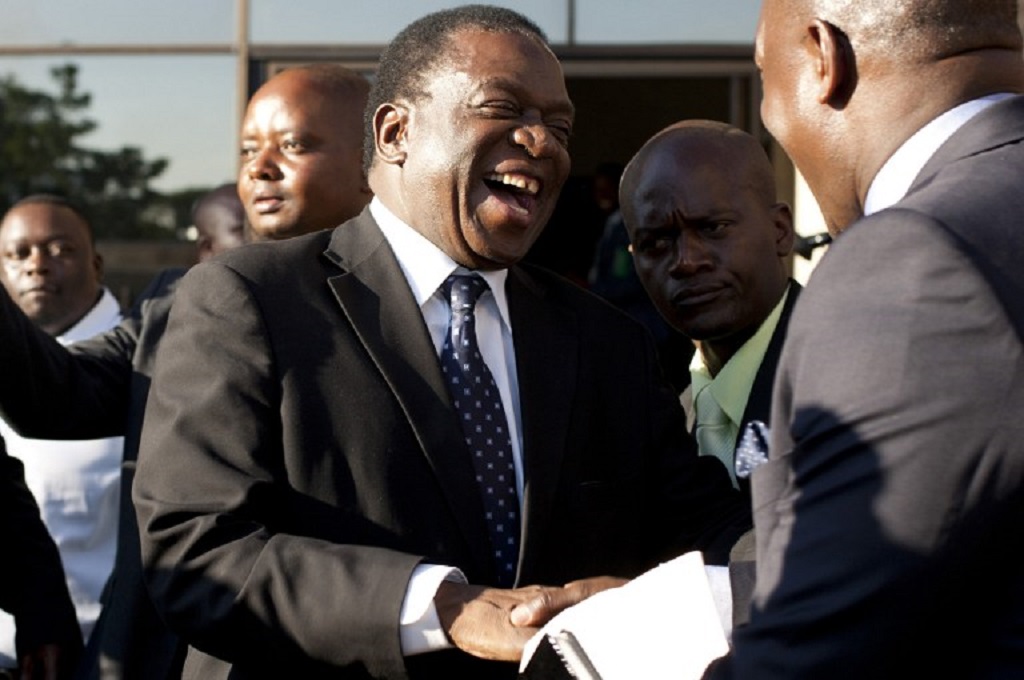 HARARE - Zimbabwe&39;s Vice President Emmerson Mnangagwa was sworn into office on Friday, cementing his status as the leading candidate to succeed Robert Mugabe.

Mnangagwa, nicknamed "The Crocodile", benefited from the fall of Joice Mujuru, Mugabe&39;s deputy of 10 years, who was fired earlier this week following accusations of a plot to unseat the ageing leader.

At a ceremony held at Mugabe&39;s State House offices, Mnangagwa and another vice president, Phelekezela Mphoko, took their oaths of loyalty, alongside several new cabinet ministers.

Mnangagwa will retain his role as minister of justice, which enables him to push through government laws in parliament.

The 68-year-old is one of Mugabe&39;s most trusted lieutenants, having served at his side through five decades of prison, liberation war and then post-liberation government.

Along the way, he earned the monicker &39;Ngwena&39;, Shona for &39;Crocodile&39;, an animal famed in Zimbabwean lore for its stealth and ruthlessness.

Mugabe is Africa&39;s oldest head of state, but despite his advanced age, he has shown no sign of looking to stand aside.

Earlier this month, he was re-elected unopposed once more as leader of his ZANU-PF party, putting him on track to contest the 2018 presidential elections, when he will be 94.