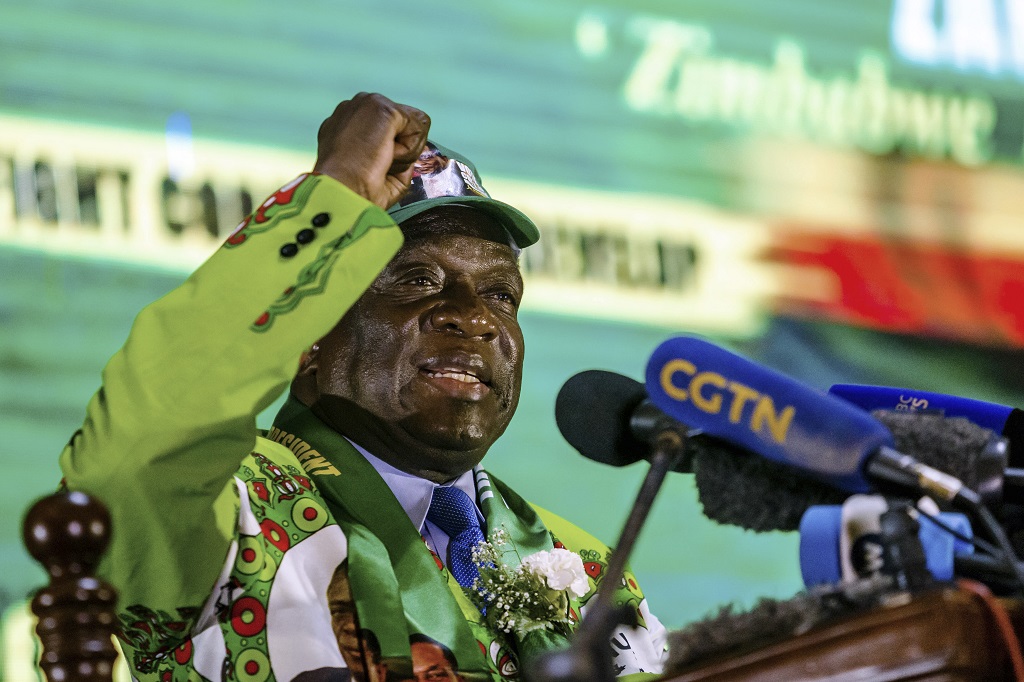 Twenty-three candidates - the highest number in the country&39;s election history - are in the running for the presidential race after haggling over the allocation of parliamentary seats, scuttling a plan by the opposition to form a united front in general elections due on July 30.

READ: More than 100 parties to take part in Zimbabwe elections

But the real battle is seen to be between the ruling Zanu PF and the main opposition Movement for Democratic Change (MDC), the party which has posed the most formidable challenge to Zanu PF&39;s grip on power.

The main presidential candidates are Zanu PF&39;s Emmerson Mnangagwa, 75, who succeeded Mugabe after a brief military takeover last November and Nelson Chamisa, 40, who took over as leader of the MDC following the death of opposition veteran Morgan Tsvangirai in February.

"The unprecedented numbers of aspiring candidates is an indication of the opening of political space and an interest by Zimbabweans to take part in politics," said Rushweat Mukundu, of Zimbabwe Democracy Institute.

Mnangagwa who took over from Mugabe, ending his nearly four-decade rule in which he presided over the country&39;s economic and political decline, has vowed to hold clean elections and break from past history of violence-tainted polls.

Zanu-PF "has created the impression that it has broken from its past of violent and contestable elections, hence the unprecedented numbers of those who have come out to contest," said Harare-based independent analyst Alexander Rusero, adding many have no following "beyond their small cliques and the churches they attend".

"At best this is the counterfeit democracy," which fosters confusion among the opposition while Mnangagwa enjoys the benefit of incumbency.

Mnangagwa&39;s ruling Zanu PF party, riven by factionalism which began as a battle over Mugabe&39;s succession, is also battling to stay together.

In May the party held a so-called "healing session" to appease disgruntled members who had threatened to "donate" their votes to the opposition, or stand as independents amid accusations of rigging and favouritism during primary elections.

"It&39;s not the number of candidates that&39;s worrying but the phenomenon of rebels who are insisting on standing without the blessing of their parties," according to University of Zimbabwe&39;s Eldred Masunungure.

"This is going to have an impact on both Zanu PF and the MDC Alliance".

Some 5.6 million people are registered to vote in the election which has attracted the interest of many first-time voters desperate for change in a country ruled by Zanu  PF rule since independence from Britain in 1980.

"I was born under Zanu PF and all I have known is poverty and suffering," said Harare street vendor, Takudzwa Mutepeya "for us this is a vote for change".

Mnangagwa has pledged to revive the country&39;s moribund economy which took a toll from years of misrule and to mend fences with Zimbabwe&39;s former Western allies who severed ties over the Mugabe regime&39;s tainted human rights record.

Chamisa has said, if elected, he will create a $100-billion (R1.3-trillion)  economy in a decade.

"I could not continue watching my people suffering," she told AFP. "I came to be the new face of Zimbabwe&39;s politics".

Human rights activist and presidential candidate Lovemore Madhuku is in the election "to introduce an alternative voice. We are fed up with ... having two dominant parties that are simply doing nothing except fighting each other".

Previous elections have been marred by violence, intimidation and charges of electoral fraud including stuffing of the electoral roll with phantom voters including long-deceased people.

In 2008 the then opposition leader Tsvangirai withdrew from a presidential run-off election citing the deaths of scores of his supporters.

The lead-up to the election has so far been calm. For the first time, the state broadcaster covered the launch of the main opposition MDC&39;s manifesto live on television while police allowed a march calling for reforms including giving foreign-based citizens to right to vote without having to travel back home.