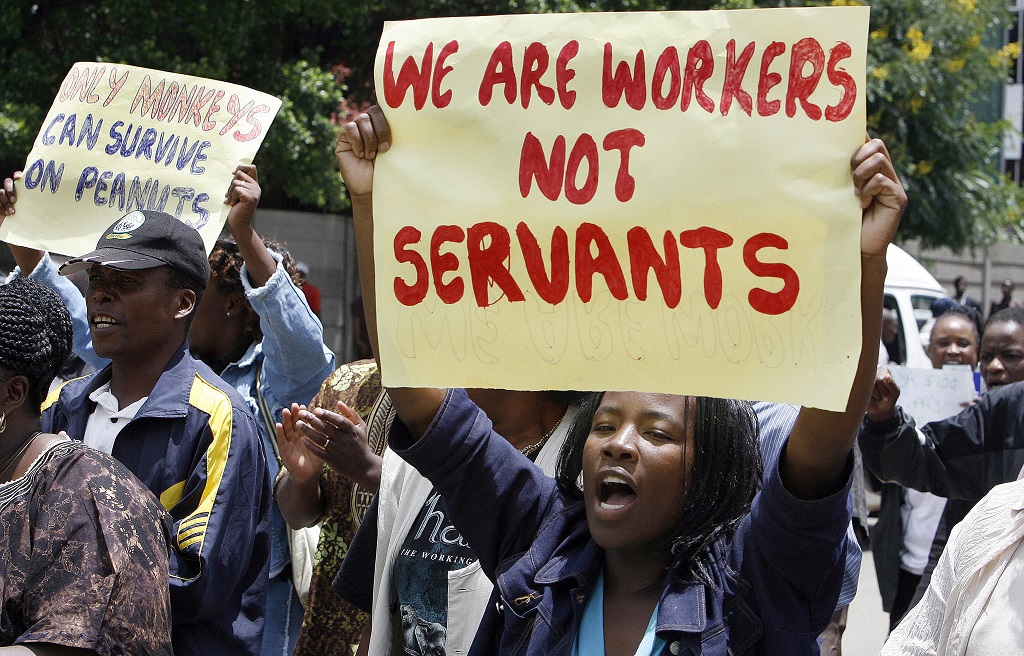 Zimbabwean civil servants demonstrate in the streets of Harare on February 19, 2009.

The unions said a change of leadership is the only solution to the country’s economic crisis.

He said Mugabe won't accept defeat in next year's elections.

Tsvangirai says it's clear that the nation is fed up with the 93-year-old leader. He says the country has been turned into a nation of street vendors.

Currently, most companies are shutting down in Zimbabwe.

Mugabe has blamed the economic crisis in the country on sanctions imposed by the west.