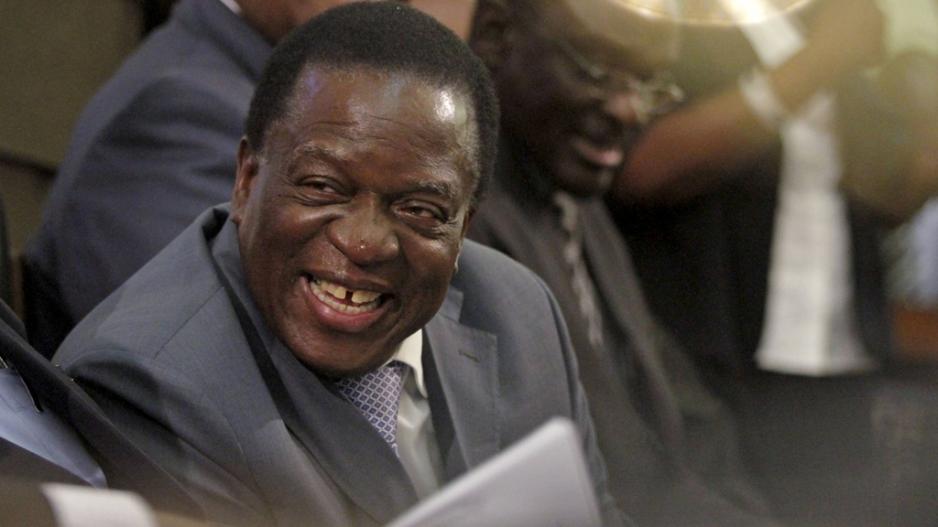 Zimbabwe Vice-President Emmerson Mnangagwa listens as President Robert Mugabe delivers his state of the nation address to the country's parliament in Harare, August 25, 2015.

He became ill while attending a rally in the country's south.

As the faction fighting over who will take over from President Robert Mugabe heats up, some are speculating that Mnangagwa may have been poisoned.

* Zimbabwean correspondent Pindai Dube has more on this story.