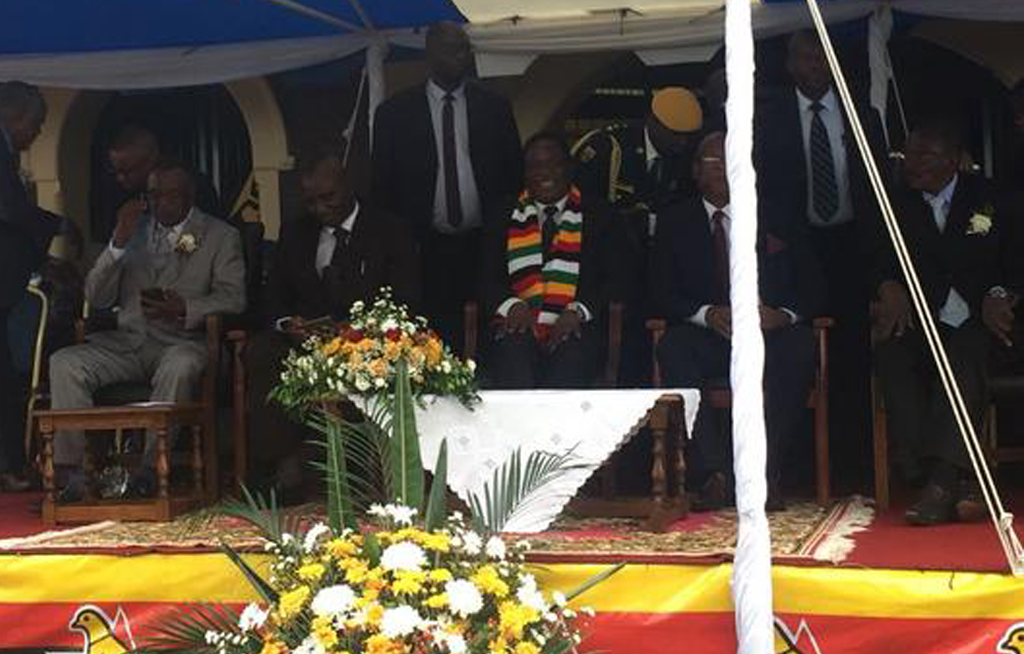 BULAWAYO - Improving the railway network will not only benefit Zimbabwe but other African counties in the sub-region by providing a conduit for trade, President Emmerson Mnangagwa said on Wednesday.

"A rejuvenated railway system in Zimbabwe will not only benefit the country but the entire sub-region as well and is critical to regional connectivity and integration," he said speaking at the Bulawayo Railway Station.

"Comprehensive strategies have been put in place to revive the transport sector to enable and facilitate this projected growth, especially with regards to the railway system."

He said an efficient railway network would assist in removing bulk cargo transport from the road, saying that the transport of bulk cargo on the roads was damaging the infrastructure and also made the roads unsafe and inconvenient to other "ordinary" road users.

"It is my sincere hope that once the railway network has been restored to acceptable levels of efficiency, that the necessary steps will be taken to move bulk cargo away from roads to a railway."

At a ribbon-cutting and hand-over ceremony on Wednesday, Mnangagwa welcomed a historical transaction between a consortium from his country and neighbouring South Africa, and the National Railways of Zimbabwe (NRZ) to deliver rolling stock to the rail agency estimated at over USD400 million.

He said that it was a great pleasure to witness the sanctioning of essential resources for the country&39;s railway system.

"I am certain that this marks the turning point of our rail infrastructure as we endeavour to fully industrialise our economy."

Transnet and a South African-based consortium of Zimbabwean investors -- the Diaspora Infrastructure Development Group (DIDG) -- delivered rolling stock to the NRZ to "strengthen regional integration, trade and the recapitalisation of the Zimbabwean railway programme," South Africa&39;s Transnet said in a statement.

Mnangagwa said the agreement was key to addressing key resource gaps in the country.

"This development is commended as it resonates well with our vision to grow the economy, and at the same time ensure that the City of Kings and Queens (Bulawayo) is yet again the industrial hub benefiting our nation," he said to cheers from the audience.

"The rail system is essential in the transportation of bulk and heavy goods to strategic sectors such as mining, agriculture and manufacturing industries. To this end, the significance of an effective and efficient railway system cannot be overemphasised -- more so in a land-locked economy like ours -- as it enhances our ability to compete and integrate ourselves in regional and international markets."

He said that transport cost was cited as one of the biggest factors hindering international trade and economic growth in Africa, especially for land-locked countries.

Mnangagwa declared that "Zimbabwe was opened for business", adding that "challenges" should be urgently resolved, including the state of infrastructure on the roads between ports of entry. He urged Transport Minister, Dr Joram Gumbo to expedite the improvement on roads.

At least 5,000 people gathered on Wednesday and ululated as Mnangagwa walked into the venue.

DIDG and Transnet won a contract to recapitalise NRZ.

DIDG chairman Donovan Chimhandamba said the agreement was a significant milestone for DIDG and the diaspora gave a genuine signal for many in the diaspora to proceed with assessing possibilities in Zimbabwe.

Chimhandamba said that DIDG believe that by fixing infastructure, like rail, could reduce the cost of doing business in Zimbabwe.

Gama said the nature of the contract and Transnet&39;s the relationship with neighbouring and continent-wide rail, ports, and pipeline logistics providers tells a story of how they strive to "collaborate and grow its footprint on our African Continent, Middle East and South Asia".

"This is not only a historical event, but a key economic contribution to the milestones set out for Zimbabwe,” he said.

Mnangagwa also said that government would attend to challenges facing the sector.