In the absence of tourists, locals reclaim their cities 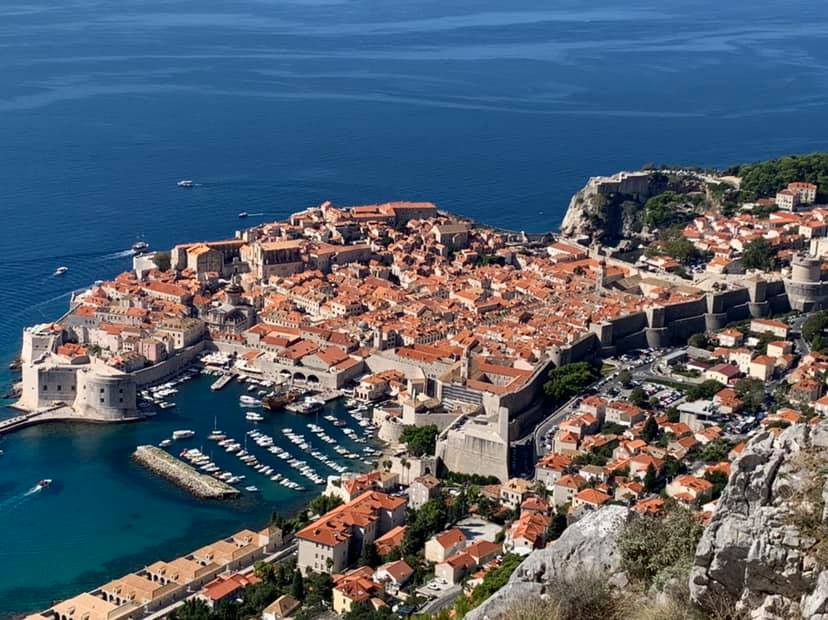 The 42,000 inhabitants of the Croatian city of Dubrovnik are also rediscovering beaches which had become overrun by tourists.

BARCELONA - The lockdowns caused by the coronavirus pandemic may not have been universally popular but they have had the effect of alleviating, at least temporarily, some of the ills associated with tourism, notably the overcrowding of city centres and a rapid rise in prices and rents.

The 42,000 inhabitants of the Croatian city of Dubrovnik, the "pearl of the Adriatic" where some of the television series "Game of Thrones" was filmed, are also rediscovering beaches which had become overrun by tourists.

The gigantic cruise ships, with their thousands of passengers, no longer anchor in the small harbour.

It is a two-edged sword, bringing peace and calm as well as anxiety over the future of the economy.

"We have been able to relax a bit during those two, almost three months," says Mladen Kriz.

"This summer, we will be able to swim quietly in town."

"At the same time, without tourists, it is a bit empty," admits Kriz, a father of two whose wife is a tour guide.

"A lot of people live on that here. How will we live without tourists?"

After protests in recent summers against the partying and incivility of some tourists, the former fishermen's quarter of Barceloneta has been transformed into a gigantic open-air gymnasium, where locals come to run, swim and surf during the authorised hours.

"Normally I don't go to these beaches," admits a beaming Emma Prades, a 43-year-old psychologist.

"Now it's more tempting. And the water is cleaner."

The "Tourist, go home" signs which had flourished in recent years have lost their raison d'etre, at least for a while.

"All my childhood, I played in this park but I never came with my daughter because it was impossible to do anything, there were too many people," says Laia Torra.

Today, the sports teacher is visiting the park with a friend and her children. At their disposal lies one of the most coveted places in the park -- a long undulating bench decorated with colourful mosaics, overlooking a wonderful panorama of the city, with the Mediterranean on the horizon.

In Lisbon, amid the steep alleyways of the popular Alfama district, Paulo da Silva shares this concern.

"It's really sad, there is nothing good in all this," says the 45-year-old.

"Foreigners revived this neighbourhood and now everything could halt again at any moment."

In the centre of the Portuguese capital, Fabiana Pavel, an Italian architect who campaigns against mass tourism, is enjoying the peace of Bairro Alto, known for its nightlife and its fado concerts.

"We will miss this era," she says. "I am not against tourism but I am against its excesses. This crisis is proof that it is dangerous to rely completely on one single industry."

While other districts are awakening after the confinement thanks to the reopening of small shops, the shutters remain down in the much-visited Gothic quarter and on the emblematic Las Ramblas street.

"Today, unfortunately, we are seeing the consequences," says Cuso. "A tourist monoculture has created a desert."