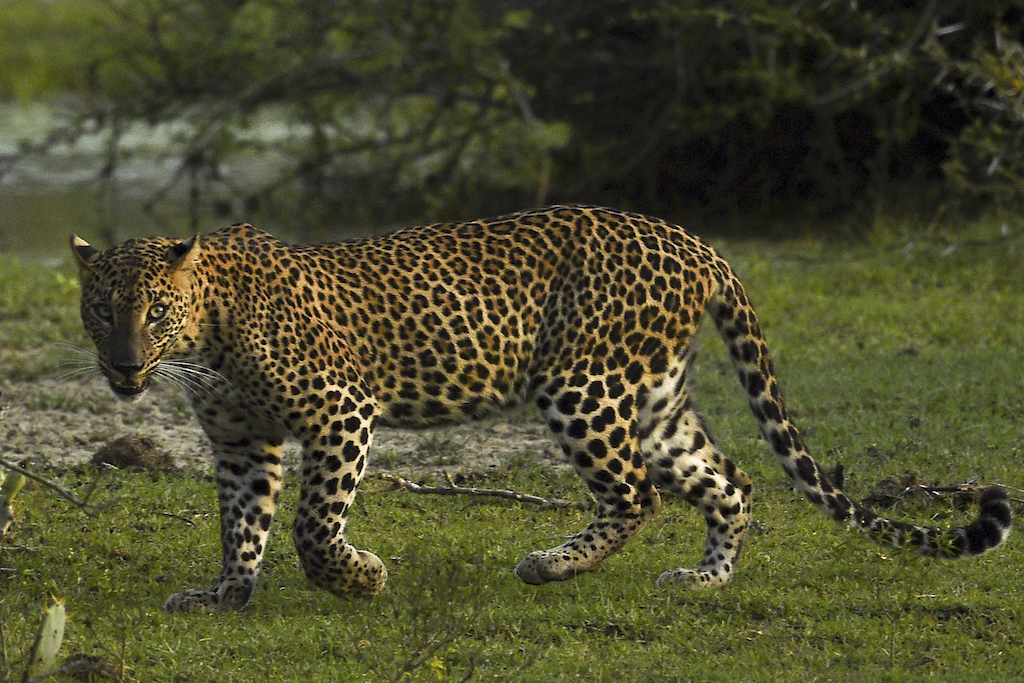 In recent years, ecologists have been able to confirm the existence of species previously thought to be lost from former parts of their range.

For example, in 2020, lowland gorillas were confirmed to persist in central mainland Equatorial Guinea by University of the West of England researchers. This year, Babirusa, a southeast Asian wild pig species, were documented for the first time in 26 years on Buru Island, Indonesia.

Collecting this evidence is possible due to the increasing use of remotely triggered cameras, commonly known as camera traps. Camera traps are triggered by motion and take photos of an animal that passes in front of the camera’s detection zone.

By deploying cameras in wildlife habitat, we can gather valuable information about the animals that live there and how many may be left. This is especially important in areas subject to intense human pressure, which has increasingly left species under threat.

Photos showed only one individual, but its presence provided real evidence that leopards still occur in this conservation area. This would make leopards the apex predator in this area.

The leopard has the widest range of any big cat species in Africa, and can persist in a range of habitat types including savanna and rainforest environments. Population estimates are not known, though numbers in Africa are thought to be declining. A 2016 study estimated that the African leopard’s range has reduced to 67%.

There is little information about leopard populations in Central Africa but in sub-Saharan Africa as a whole, prey loss within protected areas as well as habitat loss and illegal hunting are expected to have played an important role in leopard declines in this region.

Although the Congo Basin was previously thought to be a stronghold for leopards, they are now believed to be absent in many parts of this region, so our recent sighting of a leopard in Campo-Ma'an shows the importance of conservation efforts to protect leopard habitat and their prey.

In light of increasing habitat loss and fragmentation in the region, further research in our study area is urgently needed.

The region is part of the Congo Basin which, besides Cameroon, spans parts of Equatorial Guinea, the Central African Republic, the Democratic Republic of Congo, the Republic of Congo and Gabon.

The Congo Basin is a biodiversity hotspot that is home to thousands of species and is the second largest tropical rainforest on the planet after the Amazon. This forest system is also home to several endangered species, including the western lowland gorilla, forest elephant, chimpanzee, mandrill and giant pangolin.

Campo-Ma’an National Park is a 2,680 square km protected area in southern Cameroon. Campo-Ma’an was thought to have one of the last remaining leopard populations in the region. But after decades of hunting and forest loss, there had been no indisputable evidence that leopards were still there.

In 2019, one of our camera traps photographed a leopard, as an unexpected byproduct of a study on the ecology of endangered forest elephants in Campo-Ma’an.

Cameras were deployed in areas thought to be used by elephants so we were surprised to see an adult leopard in one of the photos.

Knowing that leopards still exist in Campo-Ma’an helped us secure research funds to expand our camera trapping efforts in the area in 2022. Working with local communities and the Ministry of Forestry and Wildlife in Cameroon will help us collect data to better understand what leopards need to be able to live in this area and importantly, prevent human-leopard conflict.

Our team will carry out an extensive camera trap survey throughout the Campo-Ma’an conservation area to gather more information about leopard habitat use there. This will help us get a better idea of how many leopards there are, and in turn, encourage strategies to protect the species.

This is urgently needed as human disturbance and encroachment is a major threat to wildlife in the area. Campo-Ma’an National Park is surrounded by more than 100 human settlements, as well as palm oil plantations and logging concessions.

Our findings were valuable in confirming the presence of leopards in the area but a great deal more work needs to be done. Our work will form the basis of a long-term wildlife monitoring programme in the region which we hope will contribute to conservation efforts in Campo-Ma’an, for leopards as well as the many other endangered species that live there.