Attacks at sea aren't all linked to piracy. Why it's important to unpick what's what 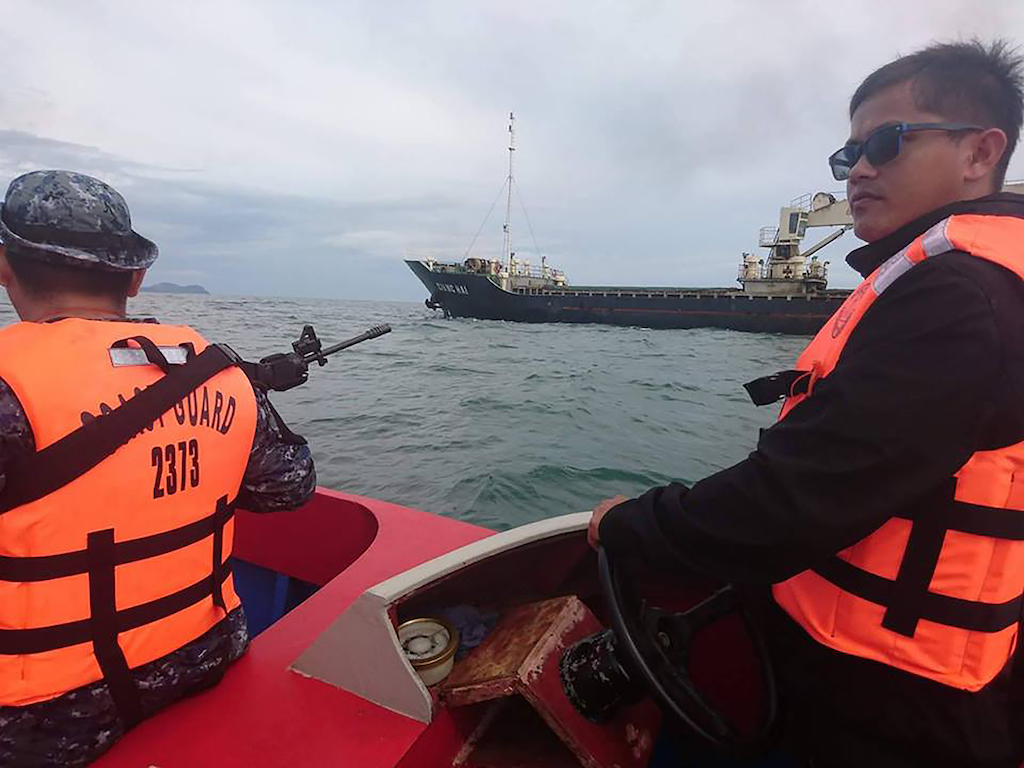 Pirate attacks against merchant ships off the African coast have been reported regularly over the past decade. And despite measures to suppress it, Somalia-based piracy remains a concern. On the other side of the continent, the Gulf of Guinea is now viewed as presenting a much more serious piracy problem.

Last year a record 130 crew members were kidnapped in 22 separate incidents, according to the International Maritime Bureau. The cluster of attacks in November and December has once again led to alarming headlines about the Gulf of Guinea being the world’s piracy hotspot.

But an increase in officially reported attacks does not necessarily mean that the actual number of attacks has increased. And individual cases must be analysed carefully. Attacks against small cargo ships trading solely in the Gulf of Guinea, for example, are often linked to criminal disputes or other illicit activities at sea. These incidents are very different from random attacks targeting merchant ships in international trade which are solely aimed at kidnapping seafarers to collect a large ransom and are, therefore, a profit-driven crime.

Similarly, reports about suspicious approaches against merchant ships off Somalia are still frequent. Most are related to smuggling operations between the Horn of Africa and the Arabian peninsula or simply to everyday fishing activities.

Pirate attacks may grab most headlines, but maritime security is important for wider reasons. Illicit activities at sea limit the potential benefits of economic activities linked to the sea – what’s referred to as the “blue economy”. This includes maritime trade, fishing activities, offshore oil and gas production or coastal tourism. Also, criminality at sea and on land are closely linked. Government agencies need to recognise this if security is to be improved.

Piracy remains arguably the most visible symptom of insecurity at sea. But coastal states also have other reasons to be concerned about it.

Illegal fishing, for example, has a direct impact on coastal communities where artisanal fishing is one of the few opportunities to earn a living. Smuggling on maritime routes even affects government income directly. Virtually all African countries rely heavily on customs revenues. When fuel, cigarettes or agricultural goods are smuggled, no import or export duties are paid. Less money can then be spent on schools, roads or hospitals, as my research has shown.

Governments are also concerned about drug trafficking or weapons smuggling at sea, underlined by international agreements which have been adopted by the majority of African coastal states.

Limited monitoring of maritime trade allows for a steady flow of pharmaceutical products – including fake drugs – into Africa as well as lucrative exports of unlicensed timber or illegal wildlife products.

Despite the widespread impacts, maritime security has only come into the political focus over the past decade. African countries have initiated international meetings about it. The African Union adopted a maritime strategy in 2014 and held a follow-up summit in Togo’s capital Lomé in 2016. But progress has been limited. National governments have largely failed to take concrete actions. Strategies aren’t supported by financial and human resources.

Even Ghana, where a comprehensive maritime strategy has been under development for years, is still unable to provide reliable funding for patrol boat operations.

Some examples highlight that it is possible to provide more security at sea. In West Africa, Nigeria is leading the way with its $195 million Deep Blue project, scheduled to be fully operational in the coming months. This project is primarily aimed at better surveillance and enforcement across the country’s Exclusive Economic Zone, an area that stretches out up to 200 nautical miles (around 360 kilometres) from the coastline.

Benin, Gabon and Tanzania have partnered with environmental organisations like Sea Shepherd to combat illegal fishing in their waters. Such non-traditional partnerships may help overcome short-term challenges and focus on urgent problems.

But it’s necessary to build capacity for the long term.

In many African countries, the blue economy could help to increase economic growth and development, although it should not be limited to economic gains. Acknowledging the needs of local communities and environmental sustainability are equally important. Investments can yield direct benefits which are five times higher than the initial outlay, according to a recent study. And the inclusion of Sustainable Development Goal 14 on ocean resources could strengthen efforts to recover from the economic impacts of COVID-19.

Read more: Lift for maritime sector in Kenya and Djibouti after fall in piracy

Despite some alarming headlines, there is no evidence to suggest that the coronavirus pandemic has had an immediate impact on security threats at sea. But growth forecasts have been slashed and governments are unlikely to prioritise spending on navies and other maritime agencies.

Security concerns on land are much more immediate threats, and even relatively limited stimulus packages are another burden for government budgets.

A closer analysis of sea piracy is important for law enforcement and longer-term prevention whether these are solely aimed at pirates or at organised criminal groups. It is also important for shipping companies because it affects the threat assessment when attacks are linked to criminal activities and aimed at specific ships rather than random targets.

Short-term solutions for long-standing problems are impossible. Even small steps, however, are important to improve maritime security in the medium to long term. That would be in line with the AU’s maritime strategy which highlights the blue economy’s potential contribution to economic growth and development across the continent.