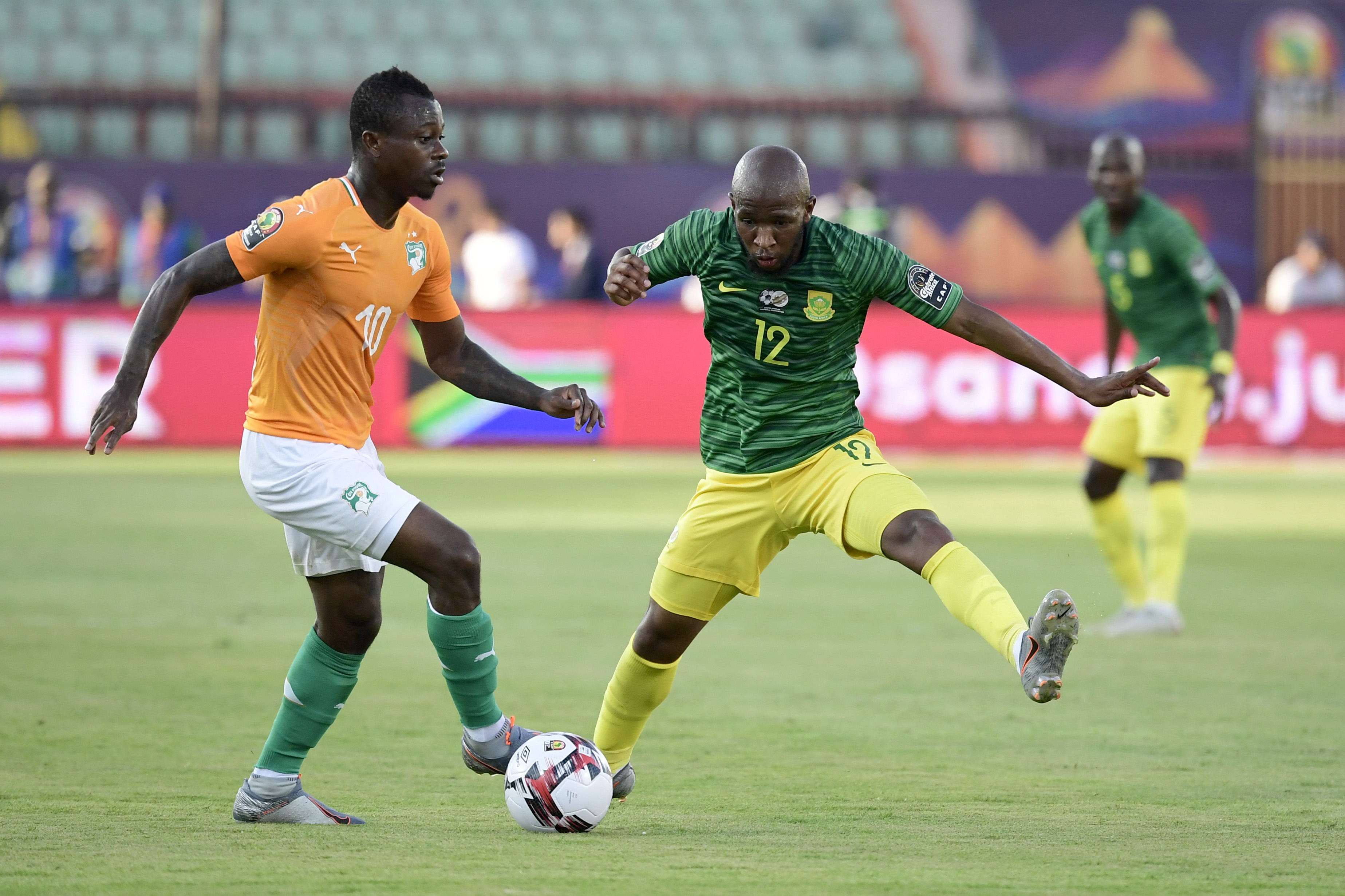 File: Ivory Coast's midfielder Jean Michael Seri (L) fights for the ball with South Africa's midfielder Kamohelo Mokotjo during the 2019 Africa Cup of Nations (CAN) football match between Ivory Coast and South Africa at the Al Salam Stadium in Cairo on June 24, 2019.

JOHANNESBURG - As the saying goes, forget the mistakes but remember the lesson. This notion may have finally stuck in the minds of the Bafana Bafana players as well as coach Stuart Baxter.

The boys in yellow went into the 2019 edition of the Africa Cup of Nations tournament with heads hanging low, very little motivation and an entire country willingly holding back support, having suffered too long from a disappointment induced broken heart.

Then, after being gifted qualification into the knockout stages, Stuart Baxter's charges found themselves under lights at a packed Cairo International Stadium, standing shoulder-to-shoulder with seven-time champions and host nation Egypt, equipped with talismanic Liverpool star, Mohamed Salah.

A brutal defeat was well and truly on the cards for South Africa.

But in a bolt from the blue, boys dug deep and pulled together a performance that sent shock-waves through Africa and gave a voice back to Mzansi.

Composure, structure, pace, and consistency. This is what SA fans wanted from their team.

The win was not important, nor was it expected but an exhibition of hunger and commitment was there for all to see. Bafana Bafana delivered the goods ten-fold.

Baxter and company set out to cause a 'National Disaster' and they did. Orlando Pirates forward, Thembinkosi Lorch, capped off a beautiful passage of play to seal the 1-0 victory and in turn, knock out the host nation.

Now, the 1996 Afcon champions will take on arch-rivals Nigeria in the quarter-finals on Wednesday evening.

The Super Eagles disposed of defending champions Cameroon in an enthralling five-goal thriller one of the best games at the tournament so far.

The 3-2 win was hard evidence that the team in green has hit their stride at the perfect moment.

Bafana Bafana has enjoyed varied success against one of Africa's football superpowers with their most recent clash going the way of South Africa in Afcon qualifying back in 2017.

History will count for very little in this fixture as both South Africa and Nigeria come into this quarter-final clash with loads of momentum.

South African football fans are well aware of the damage the Super Eagles are capable of in front of goal, but as Bafana Bafana proved against the host nation, no obstacle is unassailable.

Nigeria and South Africa will lock horns on Wednesday, 10th July for a spot in the Afcon semi-final.