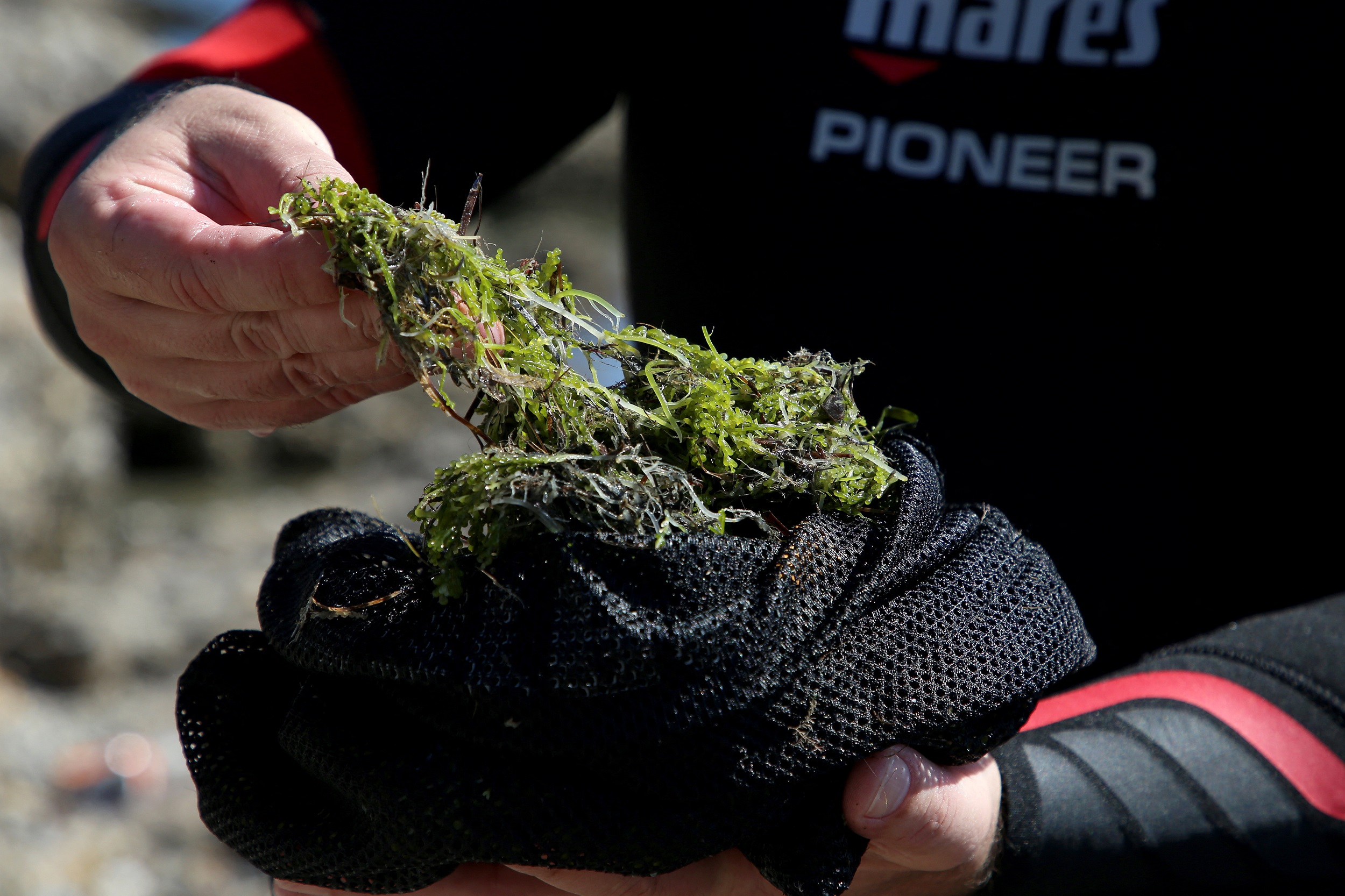 VLORA - In the bay of Vlora on central Albania's coast, crystal clear waters sparkle in the sun but under the surface, it is a desert.

The trend has prompted Albanian experts to join a Mediterranean programme to try to reverse the loss using laboratory-grown versions.

A lack of historical data makes it difficult to quantify the decline of Cystoseira, a genus of brown algae which provides a key habitat for many species, serving as food as well as spawning and nursery areas.

But experts warn its disappearance in both the Adriatic and Ionian seas is worrying.

"In recent years we have seen a sharp decline in the marine forests of Cystoseira, the most affected by the increase in temperature caused by climate change," Ina Nasto, a biology professor at Vlora University, told AFP.

Practices like harvesting date mussels with dynamite or jackhammers to break the rocks where they live devastate the seabed too, Denada Sota, also a professor at Vlora University, said.

Although they are a protected species, many restaurants on Albania's coast still serve date mussels as a delicacy.

Images shot by scientists in Vlora bay show bare rocks, where fish are few and far between, populated only by sea urchins that proliferate because their natural predators have disappeared as the victims of overfishing.

Since January 2019, professors from the university's biology laboratory have been part of an experiment aimed at restoring the brown algae.

Some 10 other institutes in the Mediterranean region are also participating, applying the same protocol.

It involves the scientists at the Vlora lab growing fertilised Cystoseira algae cells in aquariums.

The tiny algae fix themselves onto stones that are later immersed in the sea at a depth of some four metres.

"We have to do all the monitoring even at the bottom of the sea," said Nasto, who regularly dives down to inspect the seabed and check on progress.

After a few weeks, the scientists look again to see the results of their experiment and find out if the algae have made a new home.

It is hoped that the experiment will enable them to develop protocols for marine forest restoration.

Invasive species pose another threat to the seabed ecosystem -- for several years, Albania's more than 400-kilometre coastline has hosted many non-native species.

Chief among them is Caulerpa cylindracea, which has decimated meadows of Posidonia, another seaweed crucial to biodiversity.

Introduced from Australia in the 1990s, Caulerpa -- dubbed the tumour of the Mediterranean -- has already colonised all the Albanian coast, Sajmir Beqiraj, a professor at Tirana University, said.

"Like other invasive species, this algae has great advantages to compete with native species and degrade the marine fauna and flora, significantly reducing biodiversity."

In Kallmet, on the northern coast, you only have to dive down two metres to find dense colonies of Caulerpa, he said, showing AFP areas conquered by the invasive seaweed.

In just a few minutes, his bag is half-filled with the dark green algae in the shape of tiny bunches of grapes.

Experts have identified a total of 40 invasive plant and animal species in Albanian waters, such as the dusky spinefoot fish from the Red Sea that is devouring algal forests it feeds on.

Since the phenomenon is common to Mediterranean and Adriatic countries, scientists urge a joint approach.

"We must join forces and act quickly to find a solution," said Nexhip Hysolokaj, a biodiversity expert from Vlora.

Baci Dyrmishaj, a fisherman for more than 25 years in Vlora, agrees that the problems defy borders -- and so should the response.

He laments the proliferation of the invasive blue crab that destroys his nets and attacks his catch.

"It's like Covid," he said smiling. "The big countries got together to find a vaccine, we have to do the same for the planet because no border can save you."