Bobi Wine has changed the Ugandan opposition. Can he change the government? 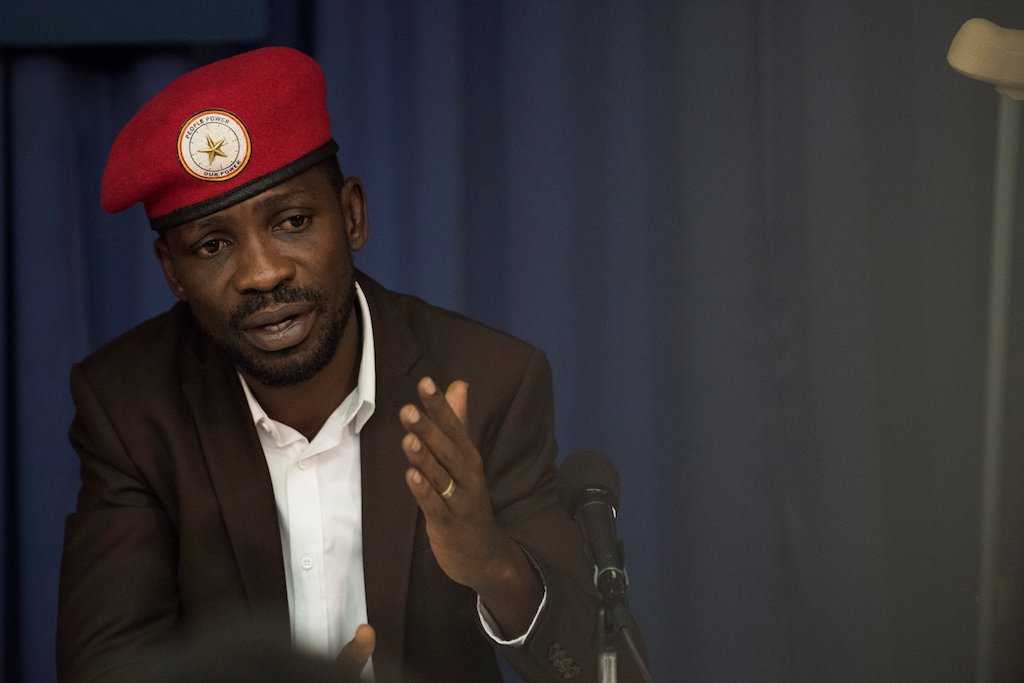 Just three weeks into his official campaign for the Ugandan presidency, Ugandan musician and parliamentarian Robert Kyagulanyi (better known by his stage name Bobi Wine) has already been arrested twice. The first came just minutes after his formal nomination in the capital Kampala. Footage streamed by his party showed police smashing the windows of the stationary vehicle Wine and his associates were occupying.

Wine was arrested again while campaigning in Luuka district last week. Protests in a number of Ugandan cities have since broken out and, in an unprecedented move, most other opposition presidential candidates suspended their campaigns until he was released. At least 49 people have been killed in those protests, which already makes this election bloodier than the last one in 2016.

The official reason for both of these arrests was that the police had evidence that Wine was planning illegal rallies with numbers exceeding Covid-19 restrictions.

However, most observers suspect it has more to do with the uncompromising stance he has taken against the incumbent regime of Yoweri Kaguta Museveni. In the blistering speech he gave at his nomination, Wine accused Museveni of crimes ranging from corruption to dictatorship. At one point in the speech, he listed Uganda’s main ethnic groups one-by-one, naming the ways that each have been betrayed by Museveni who has ruled for 34 years.

This is not the first time that Wine has clashed with the police. His 2018 arrest made headlines when he and other politicians were severely beaten in custody and his driver was shot dead by police.

It is also highly unlikely that this latest arrest will be Wine’s last before the January 2021 poll. As has been seen in the past, Uganda’s campaign periods are routinely marred by acts of state intimidation and pressure against opposition candidates and their supporters.

Wine’s confrontational and defiant approach suggests that more pressure from security forces is inevitable. While this much is predictable, the Wine candidacy still raises a number of questions that are difficult to answer.

Wine has already achieved something which few observers thought possible: wrestling the platform of primary opposition candidate away from his longtime ally Kizza Besigye.

Besigye’s position as Museveni’s leading antagonist had become as embedded in Ugandan politics as the Museveni presidency itself. After splitting from the regime in 1999, Besigye has been runner-up in four straight elections, winning between 26% and 37% in official tallies.

Every time he has stood, the question of who should lead the scattered opposition has been passionately debated. On each occasion, Besigye refused to give way.

While other prominent opposition candidates have stood, they have not come close to Besigye’s vote share – something which has bolstered the case for his candidacy in each subsequent election.

When it became clear last year that Wine wanted to seek the presidency himself, a clash between the two was imminent. The new parliamentarian had succeeded in captivating the young, educated voters and activists that had powered Besigye’s success. But few observers (ourselves included) believed that Besigye’s de facto opposition leader mantle would be effectively threatened.

Besigye saw it differently, and declared in October 2020 that he would not be running. It is difficult to ascertain the precise reasons for his decision, but the perception that Wine’s political star had eclipsed his own is likely to have contributed in some way.

In numerous by-elections over the past two years, Wine’s endorsed candidates have fared far better than Besigye’s. Opposition activists had placed unprecedented pressure on Besigye’s men to give Wine an open pathway.

Political change is a complicated subject in Uganda. Young and educated opposition supporters yearn for a post-Museveni era. The youth are a growing piece of the demographic pie.

The ability to travel easily and improved media access means that they are no longer a small and irrelevant constituency confined to Kampala. Increasingly, young opposition supporters are present and active in regional municipalities around the country. They are also well networked in the countryside and are carrying their anti-Museveni message to the most remote areas.

Nevertheless, it is important not to overstate the scale of opposition support in Uganda.

Although it is often ignored in international media coverage, Museveni and his National Resistance Movement remain popular across large swathes of the country. Older, rural voters in particular often regard regime change as a hauntingly perilous idea. These voters are more likely to link political change with a return to the years of chaos and bloodshed that preceded Museveni’s inauguration in 1986 – something the regime will doubtless assert explicitly in the coming months.

Read more: Why Uganda's ban on open-air campaigns could tilt the 2021 poll in Museveni's favour

This generation gap – which maps onto the urban-rural divide to some extent – is becoming the most salient political division in the country. Within towns, villages and even family units, the question of national political change is linked to the frustrations of younger voters. The youth feel that they do not have the pathway to build their livelihoods that their parents enjoyed during Uganda’s post-1986 economic recovery. The country’s rapidly expanding education system has also led many of them to expect well-paying jobs that are in short supply.

Conversely, older citizens may regularly castigate these younger voters as lazy or idle troublemakers, and fear that they do not understand the risks of the change that they are demanding.

It is the growing importance of this demographic terrain which has also made the question of opposition leadership so interesting. Because whilst Wine has crafted himself as an unapologetic champion of the frustrated youth, Besigye’s candidacy had benefited from being able to build a bridge between the old and the young. His earlier years as a Museveni ally has made him less threatening as an opposition candidate to some.

But questions of opposition leadership often take attention away from the deeper authoritarian realities of Museveni’s Uganda. It is not the case that the Museveni regime terrorises, bribes and rigs its way to victory in the crudest sense. But persistent state interventions substantially tilt the playing field to the point that it is effectively impossible for the opposition to organise and campaign.

The latest feature of this double standard are the campaigning restrictions put in place to limit the spread of COVID-19, which appear to be enforced more consistently on the opposition than on the ruling party candidates. As a result, all opposition campaigning has to be done online only.

It is no coincidence, then, that recent months have also seen a systematic state-led media crackdown. Following the imposition of the COVID-19 lockdown in late March, the authorities have escalated their targeting of journalists, arresting newspaper, radio and TV journalists across the country.

The Social Media Monitoring Centre has heightened its surveillance of social media usage. And in September, the government issued a public notice that all “online publishers and broadcasters” had to apply for a licence to continue uploading content.

Ironically, Wine’s candidature may greatly benefit from a shift to virtual campaigning, even in the context of a wider media crackdown. He doesn’t have a formal campaign infrastructure, relying instead on both new and traditional media.

The January elections will almost certainly result in a Museveni victory. However, the inevitability of the overall result should not blind us to the fact that the country’s politics are changing, even if the regime does not.