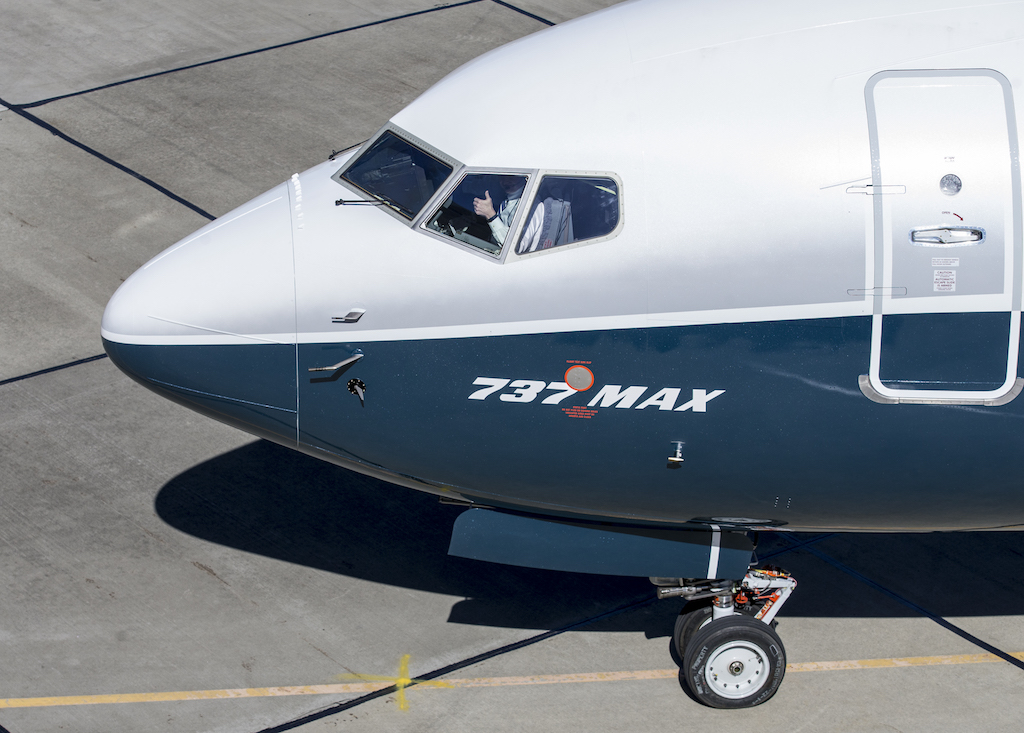 WASHINGTON - For the second time in less than six months, a Boeing 737 MAX 8 has crashed minutes after takeoff and killed everyone on board, raising fresh questions about the safety of a model that is crucial to the US giant's future plans.

On Sunday, the 157 passengers and crew members of a 737 MAX operated by Ethiopian Airlines were killed. It was the same model as the plane that crashed in Indonesia in October, claiming the lives of the 189 people it carried.

Only the flight data and cockpit conversation contained in the aircraft's two black boxes can provide tangible evidence of what may have caused the latest accident -- technical problems, pilot error or a combination of factors.

"The pilot mentioned that he had difficulties and he wants to return. He was given clearance" to turn around," Ethiopian Airlines chief executive Tewolde GebreMariam told reporters in Addis Ababa.

Weather conditions were good in the Ethiopian capital at the time of the flight.

While Teal Group expert Richard Aboulafia said it was "too soon to make any kind of meaningful comment," another expert stressed the similarities between the two incidents.

"It's the same plane. Like Lion Air, the (Ethiopia Airlines) accident took place shortly after takeoff and the pilots signalled they were experiencing problems, then the plane crashed. The similarities are clear," the aerospace expert added, requesting anonymity to speak freely on the matter.

But Michel Merluzeau, director of Aerospace & Defense Market Analysis, noted that "these are the only similarities, and the comparison stops there as we do not have any other reliable information at this juncture."

In both cases, the air carriers have solid reputations.

Since the Lion Air accident, the 737 MAX has faced growing skepticism from the aerospace community. The programme had already encountered problems during development.

In May 2017, Boeing had halted 737 MAX test flights due to quality concerns with the engine produced by CFM International, a company jointly owned by France's Safran Aircraft Engines and GE Aviation.

In late January, 350 of the narrow-body, twin-engine plane were delivered to customers out of 5,011 orders from Boeing.

The latest accident is a major blow for Boeing, whose MAX carriers are the latest version of the Boeing 737, its bestseller of all times with more than 10,000 aircraft produced.

"MAX is a very important program for Boeing in the next decade. It represents 64 percent of the company's production to 2032, and has significant operational margins," said Merluzeau.

"It is  an essential tool to global transport and trade."

He said the next 24 hours are "key" for Boeing to manage the crisis with both travellers and investors worried about the reliability of its plane.

Boeing said it was "deeply saddened" by the Ethiopian Airlines incident, adding that a technical team would be providing assistance to investigators.

The expert who requested anonymity said Boeing will likely face some backlash in the markets, but the damage will likely be limited for the group locked in a duopoly with Airbus.

The plane's future is so important for Boeing that if any technical corrections are needed, it will make them.

Following the October 29 incident, the aerospace community raised questions about the lack of information on the plane's anti-stall system.

After investigators said the doomed aircraft had problems with its airspeed indicator and angle of attack (AoA) sensors, Boeing issued a special bulletin telling operators what to do when they face the same situation.

An AoA sensor provides data about the angle at which air passes over the wings and tells pilots how much lift a plane is getting. The information can be critical in preventing an aircraft from stalling.