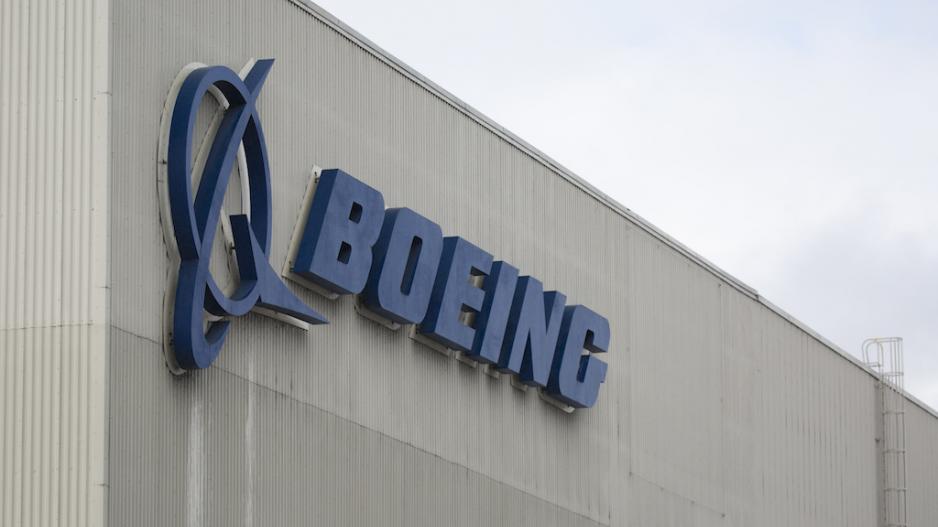 File: The aerospace giant plans to trim production to 42 planes per month, down from 52 per month, starting in mid-April.

NEW YORK - American aviation giant Boeing predicted in January that 2019 would be a record year for aircraft profits and deliveries thanks to the 737 MAX, an update of its best-selling model.

But now, less than two months later, the manufacturer is going through one of the most serious crises in its history because of two crashes involving one version: the 737 MAX 8.

A growing number of airlines and countries have banned or grounded the plane after Sunday's deadly crash of an Ethiopian Airlines flight killed 157 people, which came after a fatal accident in October of a Lion Air MAX 8 that claimed 189 lives.

The 737 MAX, which debuted in May 2017, is Boeing's response to the Airbus A320 NEO, which allowed the European manufacturer to surpass Boeing in the medium-haul market.

The MAX 8 costs $121.6-million at list price and last year made up a third of Boeing's profits.

By the end of January, 4,661 of the planes had been ordered, representing approximately 80 percent of the company's orders.

The manufacturer produces 52 of the planes each month, and planned to increase that monthly pace to 57 this year, key to the goal of delivering 895 to 905 aircraft this year, which would be a record.

The model "is perhaps the most important program for Boeing and its suppliers," Canaccord analyst Ken Herbert said.

- What changed after the crash? -

The Ethiopia Airlines accident has led to the grounding of the majority of the 350 MAX 8s in service, with some countries even banning the plane from their airspace, regardless of where the flight originated.

The United States continues to allow the plane to fly, but regulators have asked Boeing to modify the flight controls, including the stall prevention system called "MCAS."

For the moment, no airlines have officially cancelled any orders for the MAX, but press reports indicate Lion Air is looking to replace its MAX 8 with Airbus.

"All Boeing can do now is devote all its resources to cooperating with the investigators, and... continue to work with customers on any outstanding issues related to MAX performance," said Richard Aboulafia of the Teal Group.

READ: 'No basis' to ground Boeing 737 MAX: US regulator

- What is the financial impact? -

Boeing shares lost more than 11 percent since the accident, causing nearly $27-billion of market capitalization to go up in smoke. It is difficult to estimate the financial impact, but the analysts are looking at different scenarios.

If the Ethiopian Airlines and Lion Air accidents were found to have the same cause, the economic consequences would be minimal since Boeing would just have to roll out the updates to the flight control software and the flight manual already underway.

That would amount to less than $1-billion because the cost of the changes would be about $2-million per device, Canaccord analyst Herbert estimates.

Boeing is aiming for a cash flow of about $15-billion this year.

But if investigators find a different cause, Aboulafia said the cost would be much greater, since it is likely to oblige the aircraft to be grounded for an extended period, and would involve repairs and major compensation, forcing airlines to find alternative aircraft to fly their routes.

That scenario also would undermine Boeing's goal of producing 57 aircraft a month by June.

- What about Boeing's reputation?

This crisis tarnishes the image of Boeing, which celebrated its centenary in 2016, as the accidents raises doubts in the general public about the safety of its airplanes, Herbert said.

The company, which also manufactures fighter jets, tankers, aerospace equipment and Air Force One, the plane that carries the President of the United States, is an American industrial flagship.

- What happens to suppliers? -

In addition to Boeing and its 150,000 employees, many direct and indirect suppliers to the 737 MAX are likely to be affected by the crisis, especially if orders are cancelled.

They include General Electric (GE) and Safran, whose joint venture CFM manufactures the LEAP engine on the aircraft, US companies United Technologies (sensors) and Spirit AeroSystems (fuselage, cockpit).