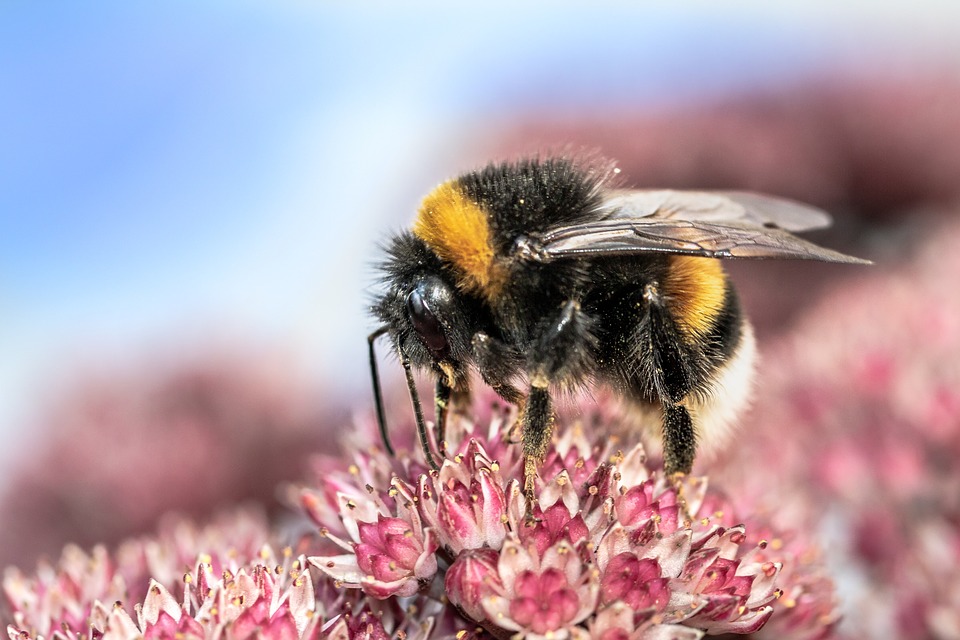 File: Bumble bee numbers across dozens of distinct species dropped, on average, 46 percent during the first 15 years of the 21st century in Canada and the United States.

PARIS - Climate change has contributed to a sharp drop in bumble bee populations across North America and Europe in recent decades, scientists said.

Compared to the period 1900-1974, bumble bee numbers across dozens of distinct species dropped, on average, 46 percent during the first 15 years of the 21st century in Canada and the United States.

In Europe, the corresponding decline of the pollinators was 17 percent, they reported in the journal Science.

Many species of bees and other insects are in a downward spiral, previous research has shown.

Nearly half of all insect species worldwide are in decline and a third could disappear altogether by century's end, scientists concluded last year in a landmark study, warning about dire consequences for crop pollination and natural food chains.

But the main drivers of extinction are thought to be habitat loss and pesticide use, and teasing out the possible impact of climate change -- a more recent threat -- "has proven exceptionally challenging," researchers led by Peter Soroye, a biologist at the University of Ottawa, said in the new study.

To get around that problem, the scientists analysed more than half-a-million geo-localised bumble bee sightings mapped onto a 100-km2 grid in each continent.

They analysed population changes over time in each grid and matched those to average increases or decreases in temperature, as well as heat peaks beyond the threshold of bumble bee tolerance.

As expected, areas most affected by global warming showed the most acute declines in bumble bee density, while populations rose in regions that had previously been too cool for the bees to thrive.

But the numbers did not offset each other -- even after taking into account the new bee colonies in cooler climes, total population were way down.

The results, the scientists concluded, "suggest that recent climate change has driven stronger and more widespread bumble bee declines than have been reported previously.

Insects are the world's top pollinators -- 75 percent of 115 top global food crops depend on animal pollination, including cocoa, coffee, almonds and cherries, according to the UN.

One-in-six species of bees have gone regionally extinct somewhere in the world.