Can Africa end the curse of sleeping sickness? 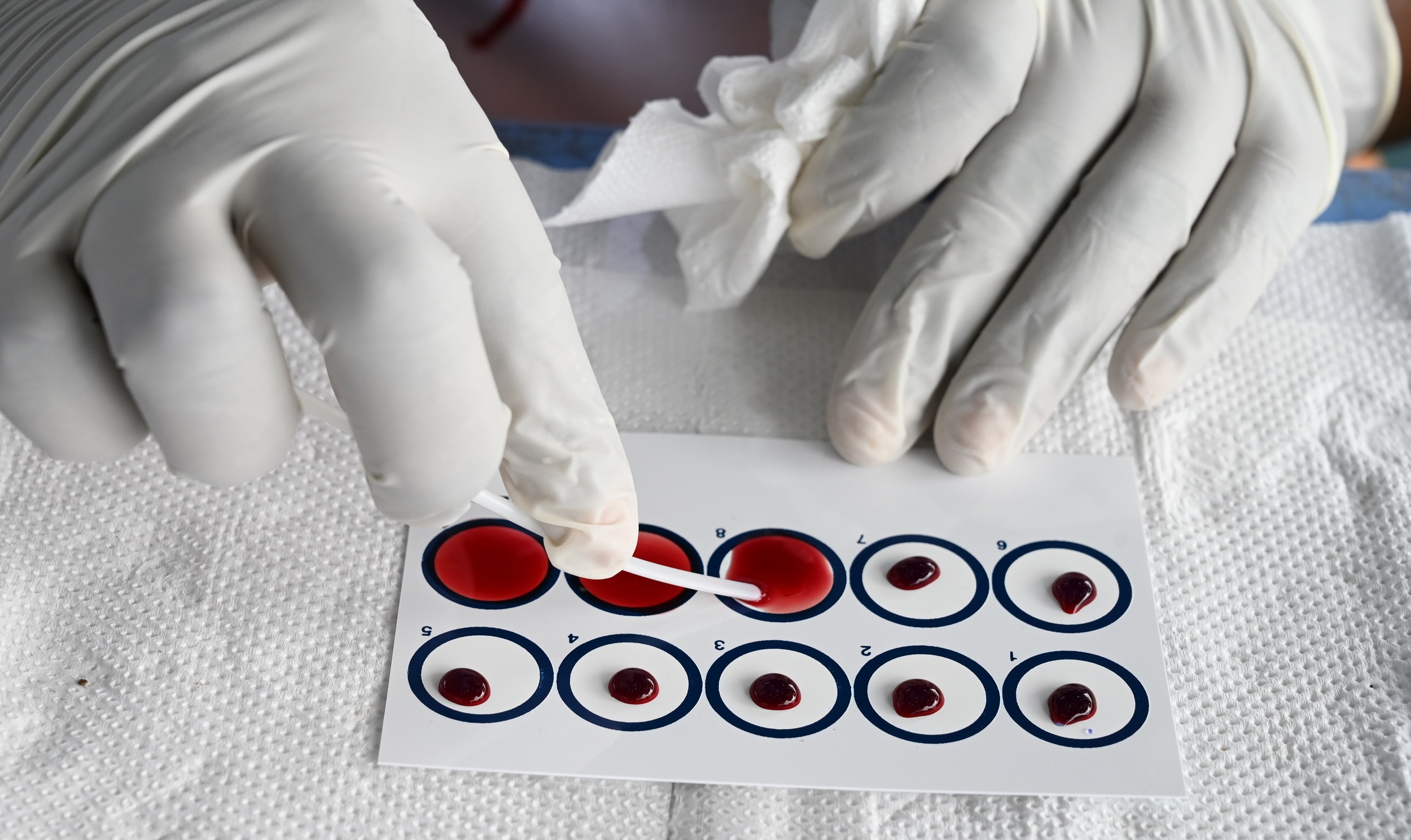 Technicians analyse blood drawn from people as they take part in an Human African Trypanosomiasis, also known as sleeping sickness, screening in the village of Paanenefla in Ivory Coast.

BOUAKE - Once the bane of sub-Saharan Africa, sleeping sickness is agonisingly close to being wiped out, but only if countries -- and donors -- keep up their guard, say scientists.

The disease, transmitted to humans by the tsetse fly, was once a curse in 30 countries.

But a coordinated global fight to eradicate it has borne fruit, leading to a 95 percent fall in cases over the past 15 years, according to the World Health Organization (WHO).

Sleeping sickness -- human African trypanosomiasis -- is caused by the trypanosoma parasite, which is transmitted to humans by the tsetse when it takes a blood meal.

The disease is fatal unless diagnosed and treated rapidly. Early symptoms are severe headaches and muscle aches and fever.

Sufferers feel lethargic and sleepy by day then awake and exhausted at night. Neuropsychiatric and sensory disorders follow, then a coma before death ensues within months or sometimes even years later.

"Sleeping sickness is scary -- when someone has it, it makes them mad," said Emile Gouribitiali, 56, a villager in central Ivory Coast whose mother and younger brother both fell ill.

But scientists say this dreaded disease is on the ropes.

"After a century of fighting it, sleeping sickness is on the verge of being eradicated," said Dr Dramane Kaba, an entomologist and director of the Pierre Richet Institute (IPR) at Bouake in central Ivory Coast.

"Sleeping sickness has almost stopped being a public health problem in Africa," he said. "But we have to maintain our efforts."

The institute, founded in 1970, specialises in insect-transmitted diseases including malaria, dengue, zika and chikungunya.

Despite the progress, "pockets of resistance" remain, says Kaba.

They include the Democratic Republic of Congo -- home to 80 percent of cases -- and Guinea, where health programmes have been ravaged by the Ebola crisis.

It is also difficult to gain an accurate assessment in areas of armed conflict.

If the overall outlook is relatively favourable, there must be no let-up towards eradication, Kaba insists.

He points to the fact that, after a campaign against the illness from the 1920s through to the 1960s "vigilance then dropped off and the illness returned".

Combatting the spread of the disease requires meticulous work to break the chain of transmission and kill the parasite, said Vincent Jamonneau at France's Research Institute for Development (IRD).

Teams on the ground, working with lab-based researchers, comb rural areas to uncover possible cases of the disease and beef up control of the tsetse fly, which favours a hot, humid habitat.

They log symptoms that point to a possible infection and then carry out a quick diagnostic blood test, obtaining results confirmed in a lab.

Patients identified in this way can be cured through hospitalisation of seven to 10 days, which the WHO provides free of charge across Africa. A revolutionary treatment, which involves taking a one-off pill, is being tested.

Ironically, as the disease is rolled back, it becomes more and more difficult to encourage villagers to come forward and get tested, said Jammoneau.

"People no longer feel that the disease is a threat," he said.

The researchers also test cattle, another tsetse target who suffer a different strain of the virus -- animal trypanosomiasis. They lose weight, their milk production slumps, then they die.

READ: Too hot to bite: Tsetse flies dwindle as temperatures rise in Zimbabwe

Another trap variant permits capture to assess their number and then dissection to determine if they are infected.

The IPR hosts research at its lab as the scientific community hones its battle to eradicate sleeping sickness.

The lab can draw on some state-of-the-art equipment as well as some 100 employees, including 16 researchers, but needs renovating, said Kaba.

For Jamonneau, "the means to eradicate trypanosomiasis are there.

"But this disease raises scant interest among fundraisers. So we still need their support as the challenge is to track down and treat the last cases in order to finish off the illness."