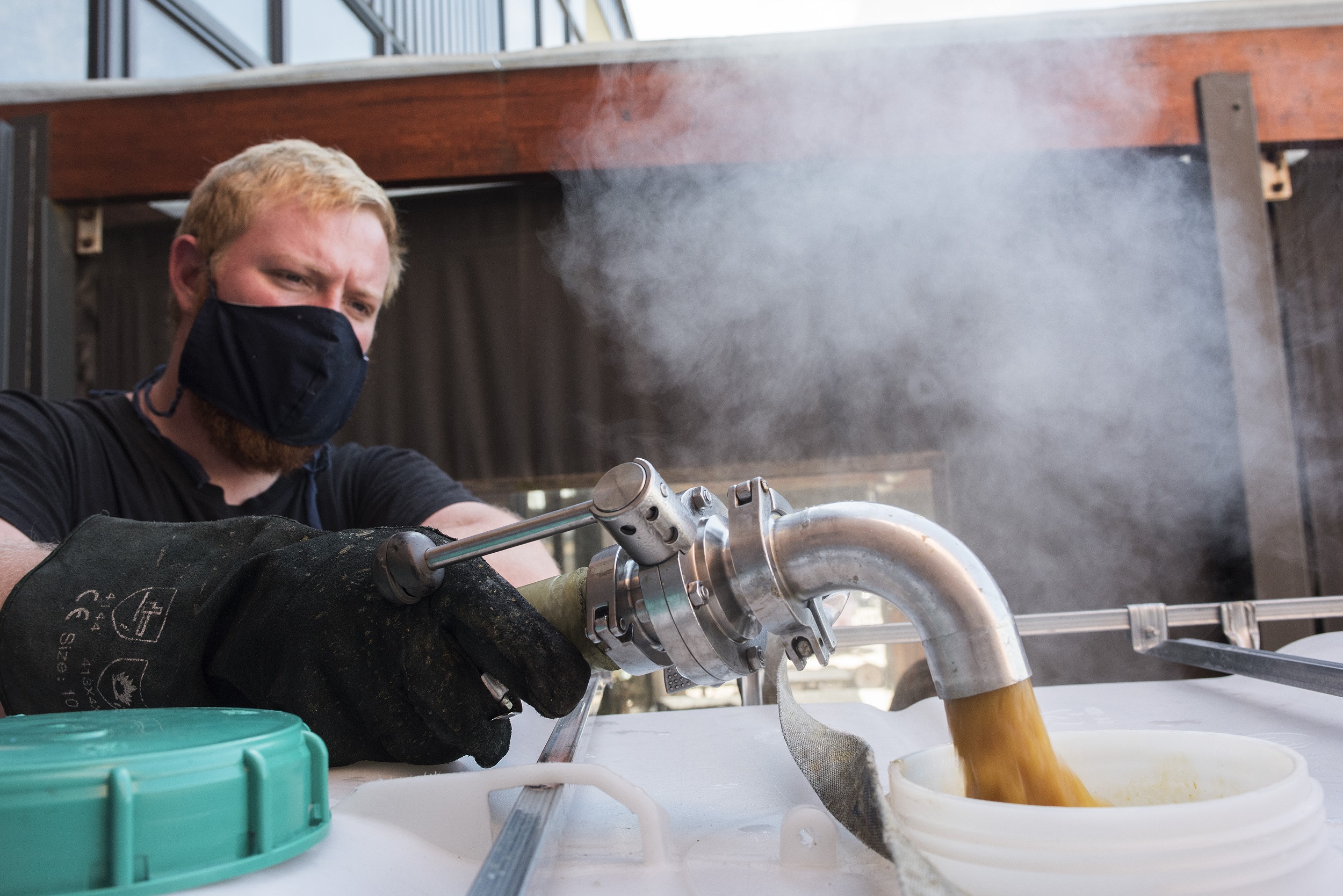 A brewery worker pumps soup into a container as Woodstock Breweries make thousands of litres of vegetable soup to feed people made vulnerable under the lockdown.

The Cape Town-based Woodstock Brewery is now packed with potatoes, carrot and butternut squash, one of several craft beer makers to have ditched barely and malt for the time being.

In the past fortnight, it has churned out around 5,000 litres of vegetable soup a day, feeding thousands of people who lost their incomes due to the pandemic.

READ: We slept here to get food: Olievenhoutbosch residents get aid amid confinement

Other idle breweries have followed suit as the government shows no sign of lifting a controversial cigarette and alcohol sales ban that took effect with a nationwide lockdown on March 27.

"Being able to re-purpose brewing systems to make soup is a very easy transition," said Rob Munro, co-founder of the Brewers Soup Collective, a charity aiming to transform all of Cape Town's artisanal beer factories into soup kitchens.

"From a brewer’s perspective we've got nothing to do," he added. "We're unemployed and we can't make money."

READ: SA Lockdown: CoJ to use Sassa data to feed the needy

South Africa's ailing economy has been hit hard by a shutdown aimed at curbing the spread of coronavirus, which has infected 12,739 people to date and killed at least 238.

Some confinement measures were slightly eased on May 1, but most businesses have been unable to fully resume operations and many people remain out of work.

"Somebody within the government was looking to get people fed," Munro explained.

"They ended up speaking to Andre and he said: hey, I've got the biggest pots in Cape Town, I can make soup!"

Employees have returned as soup connoisseurs and volunteers have stepped in to help chop vegetables.

The soup, made six days a week, is collected by charity trucks and distributed to communities and shelters across the city.

Bakeries have also joined the effort by donating bread to the meals.

"At the end of the day we're in this together and every little bit helps" said Munro.

"If we can help with our big pots, I think it’s good for South Africa and good for our souls too."