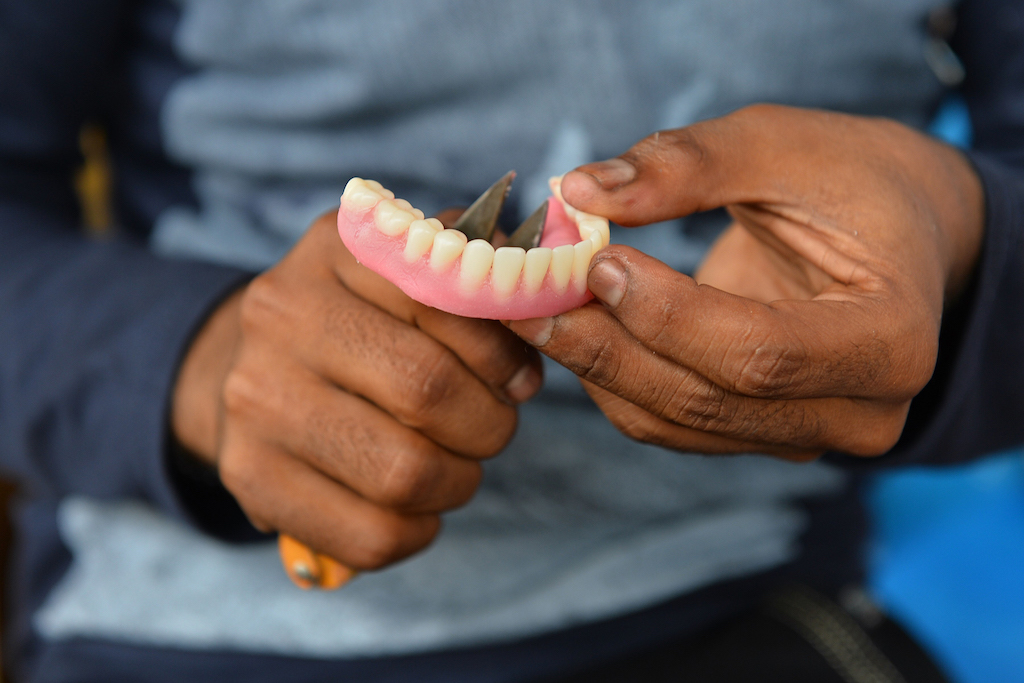 File: Remember to tell your doctor before surgery that you wear dentures.

PARIS - This is the story of a 72-year old retired electrician in Britain -- let's call him "Jack" -- who forgot to tell his surgeon that he wore dentures.

Anyone reading this account of what happened next is unlikely to make the same mistake.

Six days after having a benign lump removed from his belly while under general anaesthesia, Jack turned up at the emergency room.

He complained of blood in the mouth, difficulty swallowing, and pain so intense that he couldn't eat solid food.

Noting a history of lung problems, doctors assumed he had a respiratory infection, according to BMJ Case Reports, a medical journal that describes medically noteworthy cases.

They prescribed mouthwash and antibiotics, and sent him on his way.

But two days later, Jack showed up again with worsened symptoms -- he couldn't even swallow his meds.

"He was also feeling short of breath, particularly when lying down, and had taken to sleeping upright," Harriet Cunniffe, an ear, nose and throat surgeon at Universities Hospitals NHS in Yarmouth noted.

The ER doctor suspected a type of pneumonia often caused by inhaling food or stomach acid into the lungs, and admitted Jack into hospital.

That's when a nasendoscopy -- a fibre optic camera on the end of a tube inserted through a nostril -- revealed a large, semicircular object covering his vocal cords.

"On explaining this to the patient, he revealed that his dentures had been lost during his general surgery eight days earlier, and consisted of a metallic roof plate and three front teeth," Cunniffe said.

The denture was removed surgically, and Jack was discharged six days later.

Such incidents are less rare than one might think. In one 15-year period in Britain, 83 cases of "aspirated dentures" were identified, according to the journal.

Is this end of Jack's story? Not by a long shot.

Bouts of bleeding brought him back to the hospital a week later, and then 10 days after that.

His fifth trip to the emergency room revealed blistering in his throat surrounded by "wound tissue", which was cauterised to prevent further bleeding.

But by that time Jack needed a transfusion.

On his sixth -- and last -- slog to the hospital, the doctors discovered a torn artery and performed another round of emergency surgery.

Jack, it seems, simply forgot to tell his surgeon at the outset about his dental plate.

As for the doctors, there may be a couple of explanations as to why it took them so long to figure things out.

One, called "anchoring," occurs with a physician misinterprets data to fit into an initial diagnosis that was erroneous, Cunniffe said.

The other, known as "zebra retreat", is when "a diagnostician retreats from making a correct diagnosis because of self-doubt about entertaining such a remote or unusual diagnosis."