Delaware: Small US state is the stage for Musk, Twitter battle 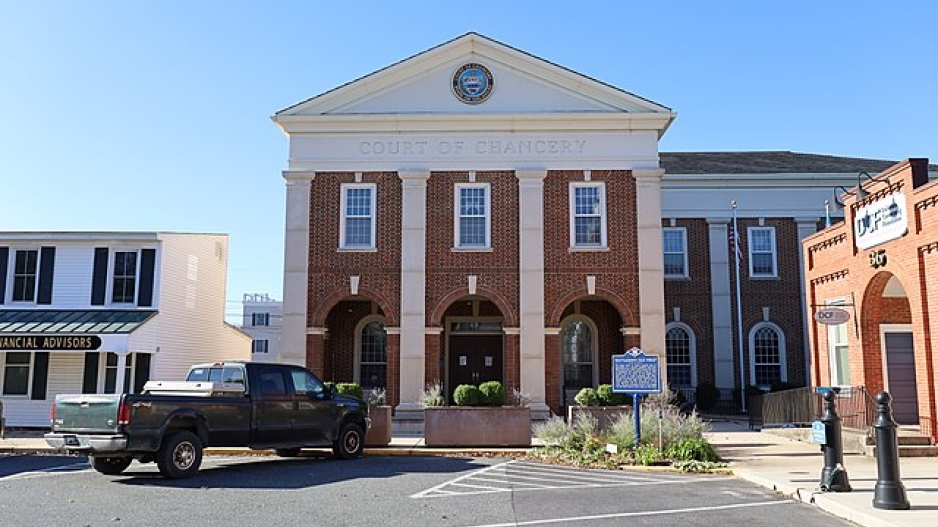 The Delaware Court of Chancery specialises in business law that was established in 1792, modelled on a British court of the same name. Wikimedia Commons/Antony-22

Yet it's also the legal home for many corporations, drawn by its reputation as a tax haven and expertise in settling business disputes.

Here's a closer look at Delaware:

Twitter chose in 2007 to incorporate in Delaware, less than two hours' drive northeast of Washington, instead of California, where the social network has its headquarters.

The one-to-many messaging platform is not alone: beverage giant Coca-Cola, mega-retailer Walmart and aerospace titan Boeing are all registered in Delaware.

In fact, more than 1.6 million companies have taken up legal residence in the state, according to official data from the Delaware Business Service.

More than two-thirds of businesses on the Fortune 500 list of the largest US companies have chosen Delaware as their legal base.

A post office box is often the only physical presence many of those companies have in the state.

Among the reasons that companies register in Delaware is the state's reputation for the ease and speed with which it can process a business registration.

For $1,000, the Delaware government's division of corporations can register a new entity in one hour.

In other states, the average processing fee is $100-$200 but takes a full business day.

This procedural ease also comes with limited transparency: Delaware does not require the name of the actual beneficiary at the time of registration, thus allowing companies to guarantee almost total secrecy to their owners.

As a result, shell companies flourish on US soil, as revealed by the Panama Papers in 2016.

The lack of transparency is matched by an advantageous tax policy for companies.

If a company does not conduct its operations in the state -- which is the case for a majority of major names registered there -- then it does not have to pay income tax.

Instead, the organization pays a much more modest franchise tax.

As a result, Delaware is often considered a tax haven for companies -- despite the state's insistence to the contrary.

With this glut of businesses, a whole legal system has developed in Delaware, giving it a reputation for expertise in handling corporate litigation.

The Musk-Twitter case will be heard in the Delaware Court of Chancery, a court specializing in business law that was established in 1792, modelled on a British court of the same name.

"The Delaware Court of Chancery is widely recognized as the nation's preeminent forum for the determination of disputes involving the internal affairs of the thousands upon thousands of Delaware corporations and other business entities," the court says on its website.

The court notes that its decisions largely turn on the concept of fiduciary duty, which is the commitment to act in the best interest of someone or something else.

And, most notably in the United States, the court does not use a jury to decide a case.

During the first hearing Tuesday, Judge Kathaleen McCormick set the Musk-Twitter trial to begin in October.