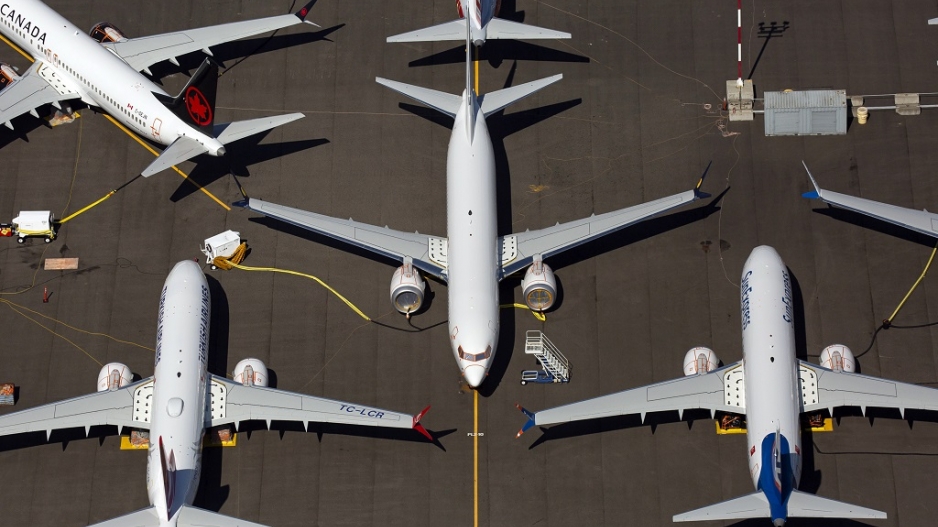 File: A large number of African states have closed their airports and borders because of the virus, forcing carriers to scrap inter-African as well as inter-continental flights.

Uncertainty continues to cloud Boeing's timeframe for returning the MAX to service. The accident has already cost the company billions of dollars and sparked calls to reform the company's culture and transparency issues.

Here are some of the main questions facing the aviation giant:

Why has the MAX been grounded?

Boeing's single-aisle 737 MAX has been grounded since March following accidents of Lion Air in October 2018 and Ethiopian Airlines in March 2019 that killed 346 people.

In both accidents, preliminary crash investigations pointed at the Maneuvering Characteristics Augmentation System, an automated flight-handling mechanism that pilots were unable to control.

A report released by international regulators said the US Federal Aviation Administration lacked the manpower and expertise to fully evaluate the MCAS system when it certified the plane.

The MAX is the subject of numerous probes in the US.

What are the latest revelations?

Boeing faced new scrutiny following text messages from November 2016 in which a Boeing pilot described the MCAS during a simulation as "running rampant" and behaving in an "egregious" manner.

Boeing has known about the messages for months and shared them with the Department of Justice in February in February.

But the FAA learned of their existence only last week and publicly criticised Boeing for withholding the documents.

Does crisis threaten future of the MAX?

Most aviation experts and financial analysts are confident the MAX will fly again once Boeing emerges from the current crisis.

But when that happens remains murky. Boeing has said it expects to receive regulatory clearance in the fourth quarter of 2019, but analysts increasingly view that schedule as unlikely.

"As we are now into the fourth quarter and Boeing has not submitted the final software package to the FAA, we expect the entry into service of the 737 MAX to shift into the first quarter of 2020," said a note last week from Bank of America Merrill Lynch.

Boeing has not lost orders of the 737 MAX due to the crisis, but some airline executives have publicly criticized Boeing's handling of the crisis.

Boeing has not ousted any senior executives since March, but the latest revelations have raised questions about how much longer Chief Executive Dennis Muilenburg will lead the company.

Muilenburg was stripped of his title of chairman earlier this month, even as he was kept on as CEO.

Some analysts think Muilenburg's days are numbered, but that he won't exit until after the MAX returns to service.

The CEO is scheduled to appear on Capitol Hill later this month for a hearing for the first time in the crisis.

What other risks face Boeing?

Boeing's development of the MAX and its representations to regulators during the certification are being investigated by the Departments of Justice and Transportation.

While large fines are possible from the US probes, it is difficult to envision a scenario where the jet is permanently grounded, in part because of Boeing's clout in the United States and in the world of international aviation, where Airbus is its only bona-fide competitor.

How much will it cost Boeing?

Boeing has so far recognized costs of $8.4 billion, but analysts at Bank of America Merrill Lynch estimates the figure will reach $17.2 billion based on the hit from production delays, penalties and extra costs to store planes that can not be delivered.

Does the crisis threaten Boeing's future?

The crisis has hit Boeing's bottom line and will continue to do so far for the foreseeable future.

Still, "it's a little too soon to say Boeing's future is at risk," said Michel Merluzeau at AirInsight Research.

Boeing's outlook is expected to improve dramatically once the MAX is cleared for service and it can collect payments from airlines for new jet deliveries.

Boeing's other assets include the 787 Dreamliner plane and 777 and it also has important businesses in aviation services and military sales.