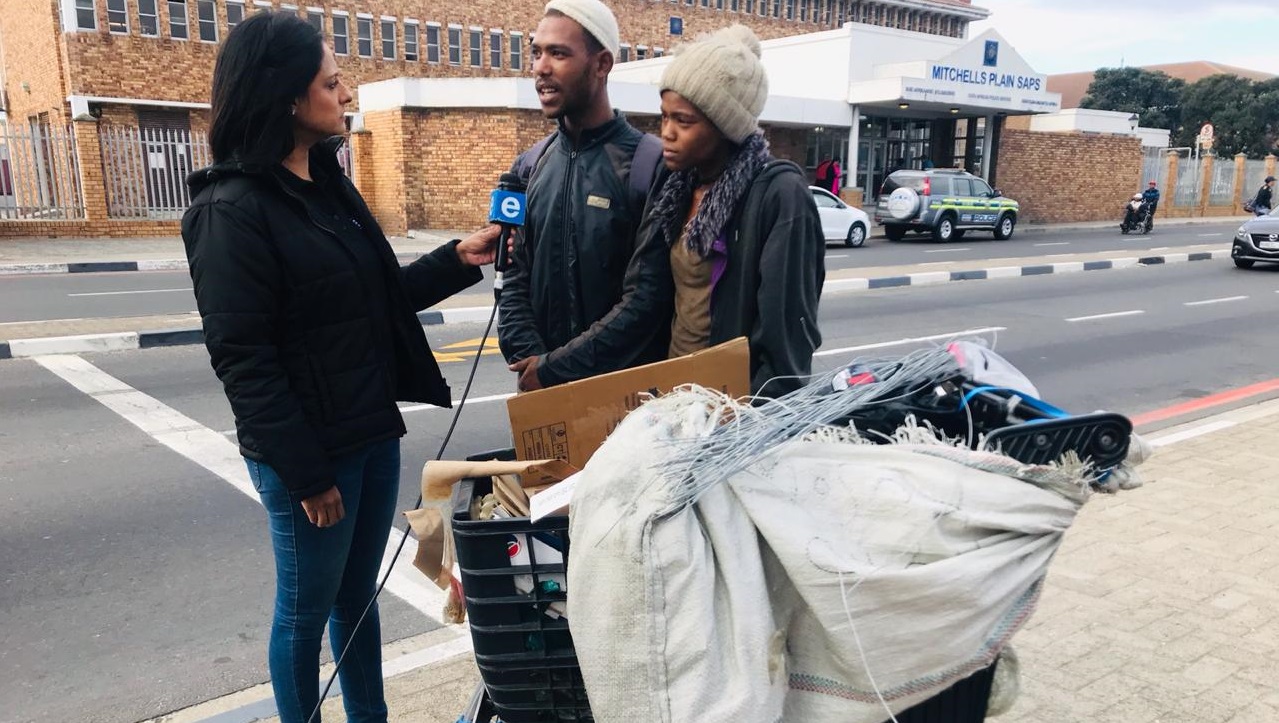 23 April - Uveka Rangappa speaks to a couple in Mitchell's Plain about the upcoming elections.

April 23rd has been quite a day in the Mother City, which really has been more of a “Windy City”.  The eNCA Election Bus took us from Cape Town Station to Mitchell’s Plain and Gugulethu - with a mixed bag of feelings about the upcoming elections.

At Cape Town station, a 22-year-old first year Journalism student told us she won’t be voting because she’s not equipped to do so. She blames the absence of any History lessons at her Model C school and says she has no context with which to vote. Despite the race for the youth vote, nobody from any political party has come to talk to students on her campus at CPUT.

In contrast, a 56-year-old security guard who is a grandmother from Bonteheuwel says she will vote even though she doesn’t know who she’ll vote for yet. Despite planning on voting, she doesn’t see an end to the dangers and hardships that persist in her area and is afraid every day for her children and herself. She is tired of seeing politicians in fancy cars driving through Bonteheuwel once in a while with no real purpose.

In Mitchell’s Plain, a group of people said they’d be voting for different parties with comments like “Let’s give Cyril a chance” or “I’ll vote for the DA because it’s what coloured people do”. A homeless couple who’ve been on the street for 6 years say they’ll vote DA because “maybe something will change”.

In Gugulethu though, there was just one sentiment “I have always voted  ANC and I’ll continue to do so “

The women on our panel all expressed the burning desire for women in politics to do more and to do better so that ordinary women can walk down the streets without fear and young girls can live to become SOMEONE. They’re desperate for women everywhere to break down the barriers that make up a largely patriarchal South Africa - because they can’t tolerate it anymore!

So, at the end of the day we have to ask - did the extreme wind we experienced in Cape Town signal the winds of change or demonstrate the resilience of communities who continue to push on hopelessly against the odds?