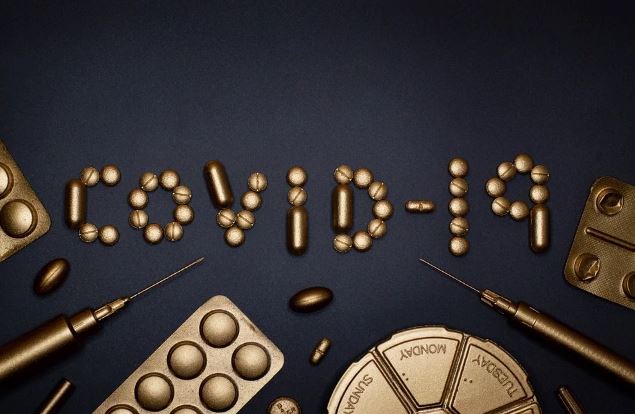 HONG KONG - From being duped into taking poisonous "cures", to watching businesses crumble and avoiding life-saving medication, people are suffering devastating real-world impacts of a deluge of online virus misinformation.

As the new coronavirus that has killed more than 20,000 people causes markets to crash and sets scientists scrambling for a solution, rumours and false claims are fuelling confusion and deepening the economic misery.

The effects can be tragic -- in Iran, one of the hardest-hit countries, more than 210 people died from drinking toxic alcohol after claims circulated online that it could treat or ward off COVID-19, the official Irna news agency reported.

Dangerous fake cures debunked by AFP include consuming volcanic ash and fighting infection with UV lamps or chlorine disinfectants, which health authorities say can harm the body if used incorrectly.

Another remedy that "kills the coronavirus", according to misleading social media posts, is drinking silver particles in liquid, known as colloidal silver.

"I am making colloidal silver now. I have asthma and does it really work... worried/stressed over virus. Does this help if I take a teaspoon a day. New to this..." said a post by a user named Michelle in a public Facebook group, alongside a photo of a jar of water with a metal rod in it.

The side effects of taking colloidal silver can include a bluish-grey skin discoloration and poor absorption of some medicines including antibiotics, according to the US National Institutes of Health.

But this has not put some people off. An Australian man who said he regularly buys the concoction told AFP it had "sold out in my town ... but before the virus, I could always get some".

Cocaine and bleach-like solutions are also among the risky fake cures touted online. "No, cocaine does NOT protect against #COVID-19," the French government tweeted in response.

As panic buying leaves supermarket shelves empty around the world, some Indian traders and farmers have had the opposite problem -- people shunning their products due to false information.

Retailers in Delhi told AFP they had stocked up on Chinese-made goods such as toy guns, wigs and other colourful accessories ahead of Holi festival earlier this month.

But "misinformation about Chinese products -- that they might transmit coronavirus -- caused a downfall in the sales of Holi goods. We witnessed a reduction in sales of around 40 percent compared to previous year", said Vipin Nijhawan from the Toy Association of India.

The World Health Organization has said the virus does not last long on inanimate surfaces, so it is unlikely imported goods would remain infectious even if contaminated.

Confusion has been sparked by letters and theoretical papers published in scientific journals about whether some types of heart medication can raise the chance of developing a serious form of COVID-19.

This has prompted health authorities across Europe and America to advise heart patients -- already more at-risk for the disease -- to continue taking their drugs.

Carolyn Thomas, who runs a blog for women living with heart disease, said dozens of her readers had contacted her for advice after seeing tweets warning about ACE inhibitors and angiotensin receptor blockers.

"Until I get in to see my own cardiologist, I'm still taking my own drugs, even as I wonder if they are increasing my own vulnerability to catching the virus," Thomas, who is self-isolating at home in Canada, told AFP.

Professor Garry Jennings, chief medical advisor for Australia's Heart Foundation, said the theoretical papers were "based on a number of factors which are all disputed" and warned that if patients stopped taking their medication there could be an upshot in heart attacks and deaths.

"In the absence of any other evidence that it's actually happening, and with the knowledge that these drugs are beneficial... it's not a good idea to stop," he said.

And a man died in the US from taking a form of chloroquine -- hailed by President Donald Trump as a potential "gift from God" remedy" -- after he took a form of the drug his wife had used to treat her pet fish.

The woman told NBC News: "I saw it sitting on the back shelf and thought, 'Hey, isn't that the stuff they're talking about on TV?'"

Banner Health, a non-profit health care provider based in Phoenix, said on its website that "a man has died and his wife is under critical care after the couple, both in their 60s, ingested chloroquine phosphate, an additive commonly used at aquariums to clean fish tanks."

- by Katie Forster with Uzair Rizvi in New Delhi