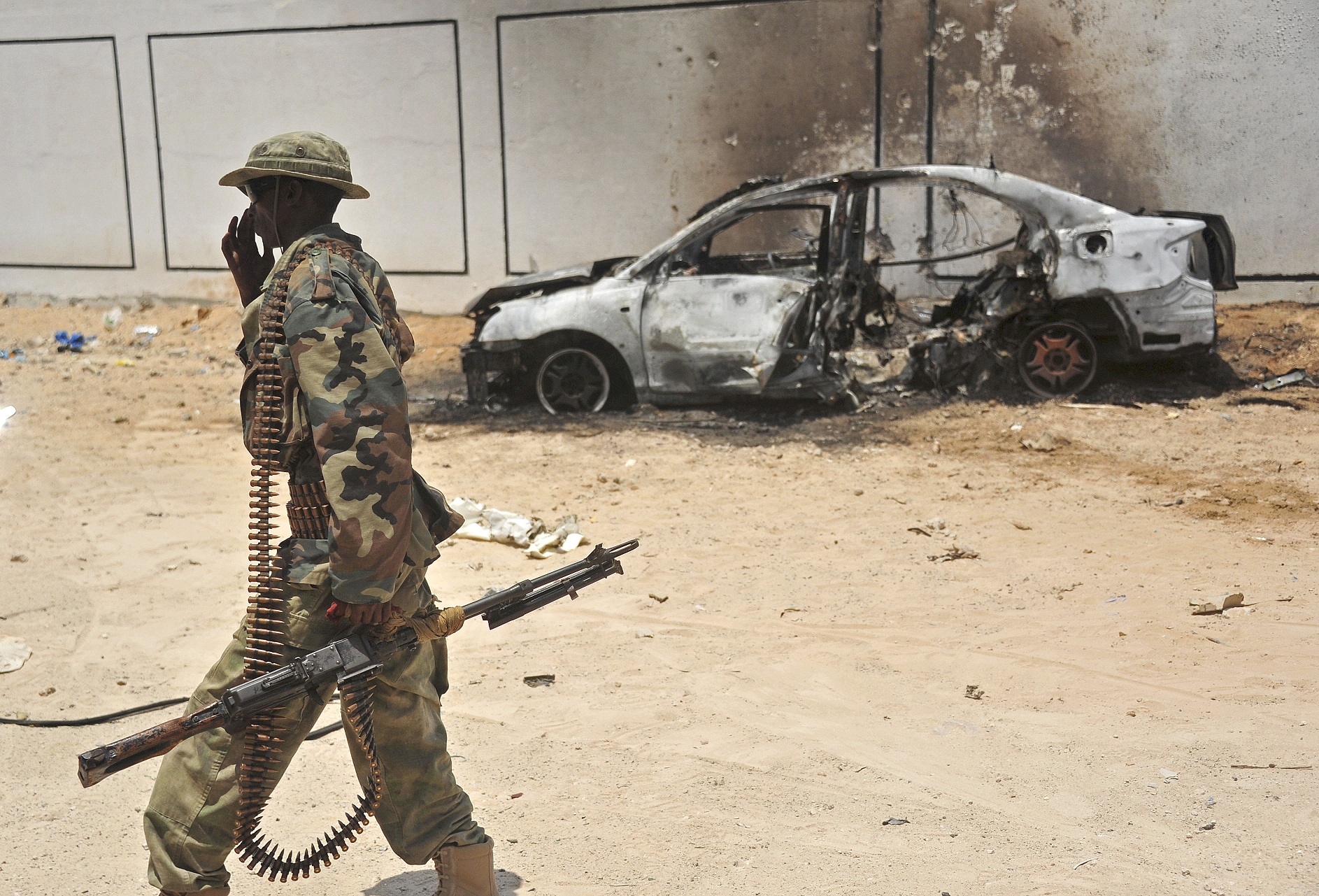 File: New evidence has made possible a more accurate estimate of how many African personnel have died since the Somalia mission deployed in March 2007.

The African Union (AU) leaves it to troop-contributing countries to release information about casualties in its peace operation in Somalia. To date, no country in the AU’s mission has publicly released a comprehensive list of their personnel killed in the battle against the al-Shabaab terror group.

I maintain that this is not a good policy for two main reasons. First, all peacekeepers who make the ultimate sacrifice should have their service publicly recognised. Not doing so is not only immoral; it is also likely to have a negative effect on morale.

Second, concealing peacekeeper deaths plays into al-Shabaab’s hands. The group is often able to dominate the media terrain in the absence of an authoritative and trusted AU or African Union Mission in Somalia (AMISOM) voice. Optimal strategic communications for a peace operation like this would involve the mission’s representatives becoming authoritative voices in the Somali media ecosystem.

My previous report in 2015 made clear that neither of the most widely used armed conflict databases – the Uppsala Conflict Data Program or the Armed Conflict Event and Location Data project – provided plausible numbers for AMISOM’s casualties.

I also wrote that it was unlikely, as some reports suggested, that AMISOM had lost “up to 3,000” or “perhaps over 4,000” peacekeepers.

New evidence has made possible a more accurate estimate of how many African personnel have died since the Somalia mission deployed in March 2007. This new evidence comes from my research into the mission, newly-released financial statements from the AU from 2014 to 2018, a new dataset listing attacks on peacekeepers, and a new listing of dead peacekeepers on the “Memorial Wall of Our Heroes” at the AU headquarters in Addis Ababa, Ethiopia.

Previous research combined with the new evidence suggests that a plausible estimate of AMISOM’s fatalities between March 2007 and December 2018 could be between 1,483 and 1,884.

In March 2017 the AU released financial statements detailing the organisation’s spending between 2014 and 2017. In May 2019 it released the report for 2018. These financial reports include the death and disability grants paid by the AU to the mission’s troop-contributing governments which are currently Burundi, Djibouti, Ethiopia, Kenya and Uganda.

Agreements signed between the AU and these countries fixed the death compensation at $50,000. The compensation for disability would depend on the degree of injury or disabilities suffered. Funding for these payments came from the European Union, through its African Peace Facility.

If we assume a similar proportion of death and disability compensation in these payments as in those made between August 2009 and September 2012, this would mean 79% was spent on death compensation ($58,952,960) and 21% on disability compensation ($15,671,040). This would equate to approximately 1,179 payments of $50,000 for deceased personnel and 1,567 payments of $10,000 for injured personnel. In contrast, if we assumed a 50:50 split between fatality and injury payments, this would suggest 746 fatalities and 3,731 injured peacekeeper payments.

Following the money is a plausible but not foolproof way to estimate the number of casualties suffered. It is in each country’s interest to claim the compensation to which it is entitled – but it’s also possible that compensation payments were made to the governments other than via the AU.

The inauguration of the “Memorial Wall of Our Heroes” in 2018 was an interesting development. It lists the names and ranks (but no dates) of peacekeepers who have died on AU-led and AU-authorised peace support operations.

These include operations in Burundi, Sudan, Central Africa Republic and Somalia. AU-authorised multinational operations against Boko Haram and in the Sahel also feature. As of August 2019, there were 1,108 names listed on the wall’s 19 columns.

Read more: What spurred six countries to join the AU's mission in Somalia

The Somalia mission, too, has a memorial for its fallen personnel just outside its force headquarters in Mogadishu. However, it lists no names or numbers. Rather, its dedication reads:

In memory of the officers, men and women of the African Union Mission in Somalia (AMISOM), and the Somali National Security Forces (SNSF), who lost their lives in pursuit of peace and stability in Somalia.

There is now a reasonably plausible set of estimates for almost the entire period of AMISOM deployment between March 2007 and December 2018 derived from five sources.

Taken together, these sources cover most of the Somalia AU mission timeline, except a period of three-and-a-half months covering part of December 2008 and October to December 2012. But this represents a mere 2.5% of the entire deployment period.

A longer version of this article appeared in the IPI Global Observatory.