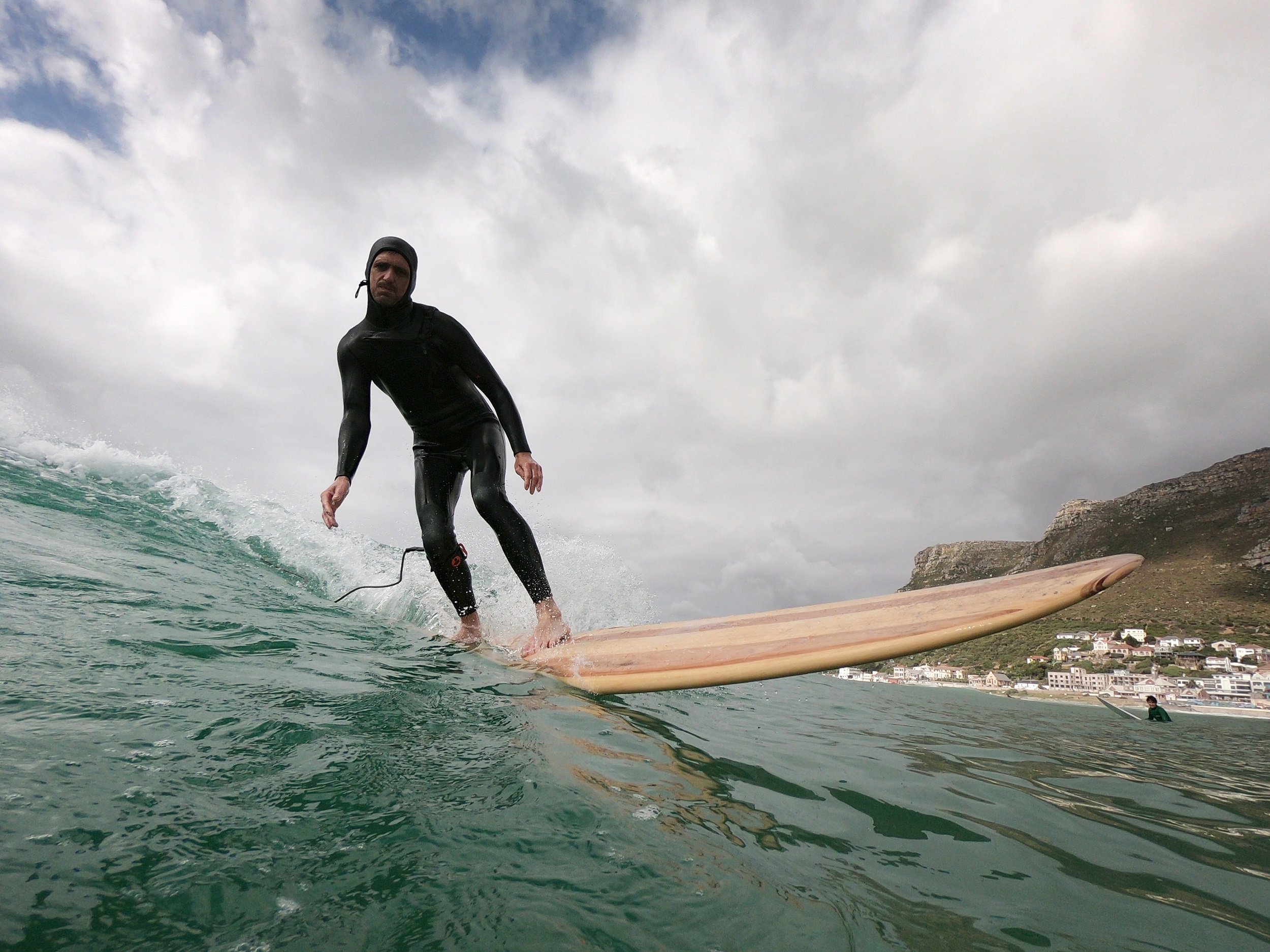 Patrick Burnett surfs on one of the wooden surfboards which he makes at Surfer's Corner in Muizenberg.

Among the polyurethane boards, one stands out -- it's made from wood.

It was wood which gave birth to surfing, a sport first documented by British explorers in 18th-century Polynesia.

But when the Age of Plastic dawned, wood was derided as too heavy and clanky compared with light, mouldable plastic.

Now it's making a comeback, driven in part by concerns among surfers about the environmental impact of polyurethane.

One convert is Matthew Kramer, who bought a wooden board more than six years ago.

"It reinvigorated my love for surfing because it's all a new feel," said Kramer. "It paddles differently, it rides differently."

"Wood is a unique material," said Burnett as he planed a surfboard.

"We try and design boards that are suitable for wood rather than a copy of the alternative."

While some surfers are going green, others are simply embracing a trend for all things vintage.

Young people are particularly attracted by Burnett's technique, which he says dates back a century.

He has also developed ingenious methods to bend the wood to his will -- using a tea kettle on an electric hob to form the boards' long edges, which are known as rails.

Wood "is an amazing material to work with," said Burnett at his workshop, strewn with tools and speckled with dried glue.

"But it's very much labour intensive and this will remain a... niche thing."

Burnett is conscious of the limits of working with wood.

His creations are heavier than polyurethane boards and not suited to competitive surfing.

Yet many seem happy to sacrifice some speed and manoeuvrability to be seen with a unique wooden board.

"We all say how much we love the ocean and how much we respect wildlife," Burnett said. "I think we really should put our money where our mouth is."