How to turn the tide against South Africa's crime wave 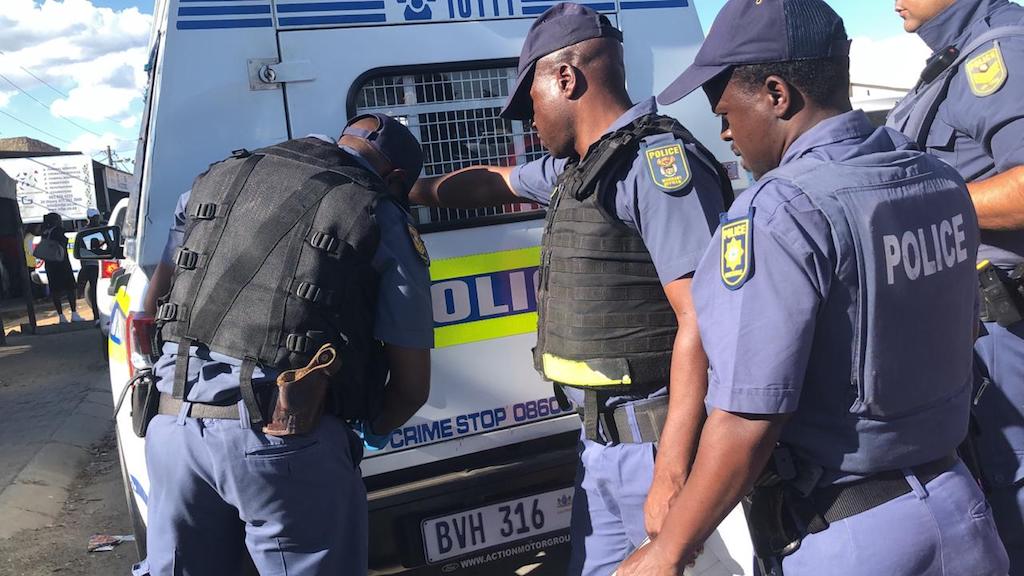 File: South Africa has, for many years, experienced considerably higher levels of violent crime compared to many other countries.

In February last year South African President Cyril Ramaphosa announced that his government would pursue five fundamental goals over the next decade. One of these was particularly bold, namely that

violent crime would be halved, if not eliminated.

This, according to Ramaphosa, would be achieved through improved policing, especially at the local level, and through addressing gender-based violence.

His emphasis on the issues was well placed. Three months later the South African Police Service released its crime statistics for 2018/19. They confirmed why it was imperative that the government prioritised crime reduction. Most categories of violent crimes had risen dramatically over the past eight years.

South Africa has, for many years, experienced considerably higher levels of violent crime compared to many other countries. The 2019 United Nations Office for Drugs and Crime Global Study on Homicide shows that South Africa has more than 20,000 homicides a year. This is close to the number of homicides for all of Europe, and a quarter of all homicides in Asia.

Recently, Ramaphosa re-emphasised the government’s commitment to tackling violent crime. The focus on improved policing and gender-based violence has been retained. He has pinned his hopes on increased police visibility – especially better resourced anti-gang units, improved crime detection and investigation, and better cooperation between the police and the National Prosecuting Authority. Another idea is to roll out a national gender-based violence and femicide strategic plan.

These interventions, if effectively implemented, have the potential to reduce violent crimes. But, if there is to be a substantial drop, then the determinants of violence perpetration, especially among young men, and the low levels of trust in the police need to be adequately addressed.

The anti-gang units are based on evidence-based practice, and as emphasised by prominent policing scholars such as John Casey, Michael Jenkins and Harry Dammer,

International studies indicate that introducing non-aggressive specialised units can reduce violent crime. But, their practices need to be carefully attuned to the environments in which they operate. And, they must act in ways that do not undermine public trust in the police.

There is, nonetheless, a darker side to the work of specialised police units. The work of the renowned sociologist Martha Huggins and others have shown that in Latin American, some specialised units have been used as a mechanism for social cleansing. Drug dealers, street children and suspected robbers have been killed by these units.

South Africa’s police minister Bheki Cele and senior police officials have regularly sung the praises of the country’s anti-gang units. They tout their arrest records and the seizures of large quantities of illegal goods, especially firearms. But, complete information relating to successful convictions has not been forthcoming.

There have also been reports of institutional rivalries between the units and other specialised police bodies.

Operational missteps have also been reported, for instance the fiasco at the Samora Machel informal settlement in Cape Town, whereby six policemen from the anti-gang unit were shot by criminals during one operation.

If the anti-gang units are going to be at the forefront of the police response to violent crime, their activities should be subjected to considerably more scrutiny by parliament and civil society. This is essential to ensure they operate within the confines of a constitutional democracy.

Improved crime detection, combined with better cooperation between the police, prosecutors and the courts, could potentially improve the conviction rates for violent crime, which are shockingly low. For instance, only 4.6% of home robberies and 2.3% of carjackings result in convictions.

But, as studies on police corruption and the report of a commission of inquiry show, numerous cases have been dismissed by the courts due to shoddy police work. And, crime dockets often go missing due to bribery and corruption.

The creation of a crime detection “university” mentioned in President Ramaphosa’s speech may lead to more convictions. But, police corruption needs to be systematically addressed in order for such training to yield meaningful results.

And, the National Prosecuting Authority’s cherry-picking of cases in which it stands reasonable prospects of securing a prosecution needs to stop.

But, convictions are difficult to secure in many cases involving gang violence. Witnesses are often unwilling to testify. Those that do testify put their personal safety and that of their families at risk.

The gender-based violence and femicide plan addresses an urgent need by providing better support for the victims, especially women and LGBTIQA+ individuals. This plan also seeks to address the key determinants of such violence and recommends a wide range of interventions to enhance prevention efforts.

But, for South Africa to stand a chance of turning the tide against its crime wave, then, as has been shown by various studies, meaningful partnerships with ordinary South Africans, businesses and crime prevention specialists are essential.