Influential excrement: How life in Antarctica thrives on penguin poop 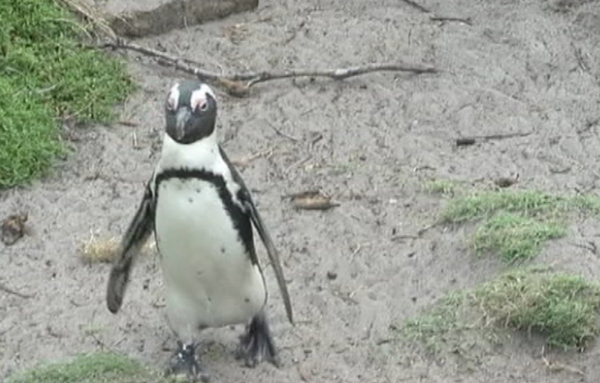 File: The research allowed the team to map the hotspots across the Antarctic Peninsula, finding penguin colonies to be a proxy for biodiversity.

WASHINGTON - For more than half a century, biologists studying Antarctica focused their research on understanding how organisms cope with the continent's severe drought and the coldest conditions on the planet.

One thing they didn't really factor in, however, was the role played by the nitrogen-rich droppings from colonies of cute penguins and seals -- until now.

A new study published in the journal Current Biology found the influential excrement supported thriving communities of mosses and lichens, which in turn sustained vast numbers of microscopic animals like springtails and mites for more than 1,000 meters beyond the colony.

"What we see is that the poo produced by seals and penguins partly evaporates as ammonia," said co-author Stef Bokhorst from the Department of Ecological Sciences at Vrije Universiteit Amsterdam.

"Then, the ammonia gets picked up by the wind and is blown inland, and this makes its way into the soil and provides the nitrogen that primary producers need in order to survive in this landscape."

Braving bitter temperatures, the researchers waded through fields of animal waste -- not to mention hordes of clamouring elephant seals and gentoo, chinstrap, and Adelie penguins -- to examine the surrounding soils and plants using infrared gas analysers that measured their respiration.

Samples brought back and examined in labs revealed that there were millions of tiny invertebrates per square meter because of the lack of predators in their environment -- unlike in European or American grasslands, where the number may typically be between 50,000 and 100,000.

"The more animals we get, the larger the footprint there is, and we're finding higher diversity in those sites," Bokhorst told AFP, emphasizing that species' richness was linked less with how cold or dry the region was and more to the nutrients added by the excrement.

Ultimately, the research allowed the team to map the hotspots across the Antarctic Peninsula, finding penguin colonies to be a proxy for biodiversity.

The maps can be updated in the future using satellite imagery to determine the size and location of breeding colonies, freeing future scientists from having to conduct treacherous fieldwork.

For Bokhorst, Antarctica presented an "ideal natural laboratory" to study the relationship between nutrients and biodiversity because of the simplicity of the overall food web, in contrast to other parts of the world where ecosystems were far more complex.

"It makes it a lot easier to find driving factors," said Bokhorst.

But the study also underscored how interconnected the continent's ecosystem was -- and therefore its vulnerability to human activity.

All countries working on the continent are subject to the Antarctic Treaty System, which obliges them to protect its wildlife, but Bokhorst said the study showed "if you start poking at one end it will have an effect at the other end."

"You need to keep a good eye that you're not overfishing the oceans so you're not harming food supplies, otherwise you're going to have an impact for biodiversity," he said.

The peninsula's vibrant invertebrate communities face few predators, but the advent of tourism means there is an increasing chance people could bring seeds or even insects with them.

These, in turn, could benefit from the soil enrichment and establish themselves, threatening the native species.

"That's a very good argument for why we should be careful with the Antarctic," said Bokhorst.